It became such a favorite thing of mine to search for the best vegan places whereever I go. I truely get to know a city in a whole different way when I am doing my research beforehand and visit vegan places that sound great on their facebook pages, instead of just going to random places and being disappointed.

So while I was staying in Kiel, the capital of Schleswig Holstein in northern Germany, I stumbled upon the Mmhio Cafe. I wrote them a message on instagram saying that I was in need of a place where I could work for up to six hours, where I could have matcha latte, and where I could eat healthy vegan food. They answered within minutes that the Mmhio is just the right place for me – and they were right. 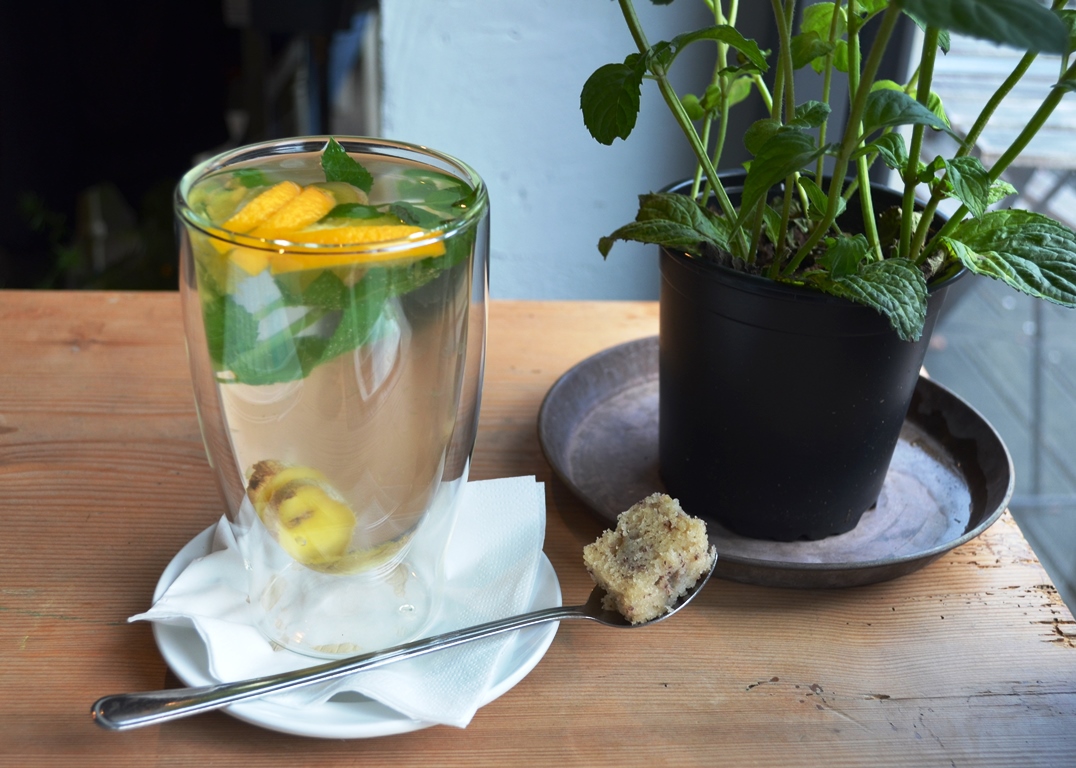 Everthing at the Mmhio Cafe is organic, most is vegan (if not it is vegetarian), and they try their best to use mostly regional and seasonal products. For their lunch menu they actually only use seasonal products and they change their menu every week, depending on what there is on the market. This is a concept that I personally like a lot and it is what makes the difference between an average vegan cafe and a favorite place to go.

I personally think that it is not “enough” to just make a vegan menu and then to fill it with soy-meat-alternatives, processed foods, fries, vegan cupcakes loaden with sugar and fat and so on. To me, a good vegan cafe or restaurant is incorporating at least parts of the philosophy behind veganism; sustainability and self love. Sustainablity includes eating organic and self love includes eating healthy to be good to your body.

At least, this is how I see things. Would you agree? 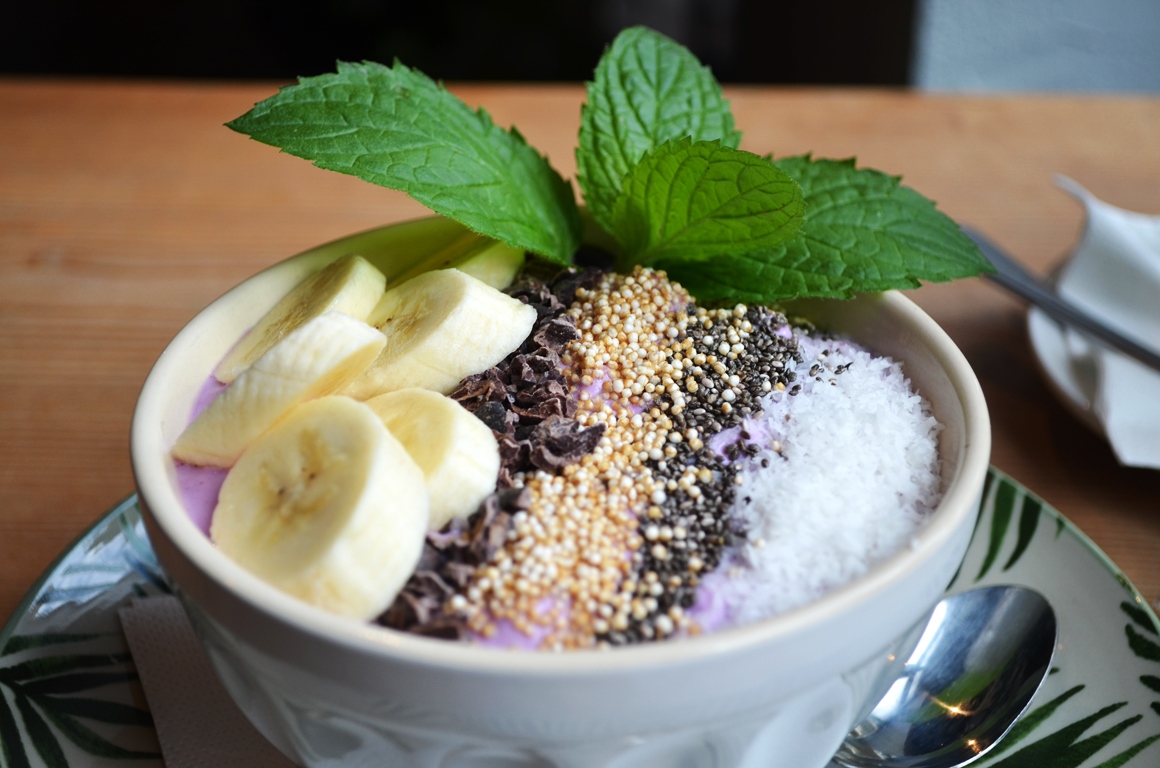 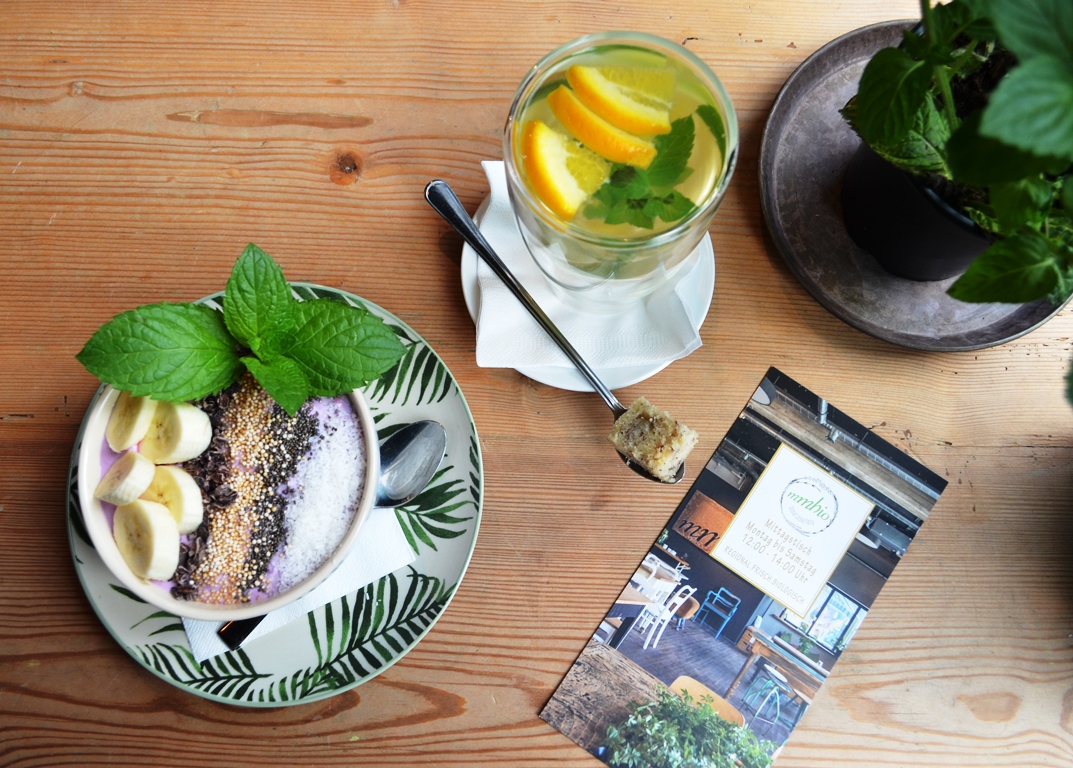 At the Mmhio Cafe they do their very best to stick to both criteria and this is what makes me wanna support them through a blog post.

I had a vegan breakfast bowl with loads of superfood topping, berries, and soy yogurt. It was really good. I also had a bircher muesli when I came back a few days later which was equally good.

The fresh ginger-orange-mint tea was definetly super delicous too. Of course I also had to try their matcha latte and there I have to say: huge disappointment. It was the worst matcha latte I have ever had. I have no idea what they made wrong. I would guess that they only used a tiny little bit of matcha powder and a whole lot of some kind of bad-tasting soy milk. So this is definetly something you could work on, Mmhio Cafe 😉

But besides the matcha everything was really really good! 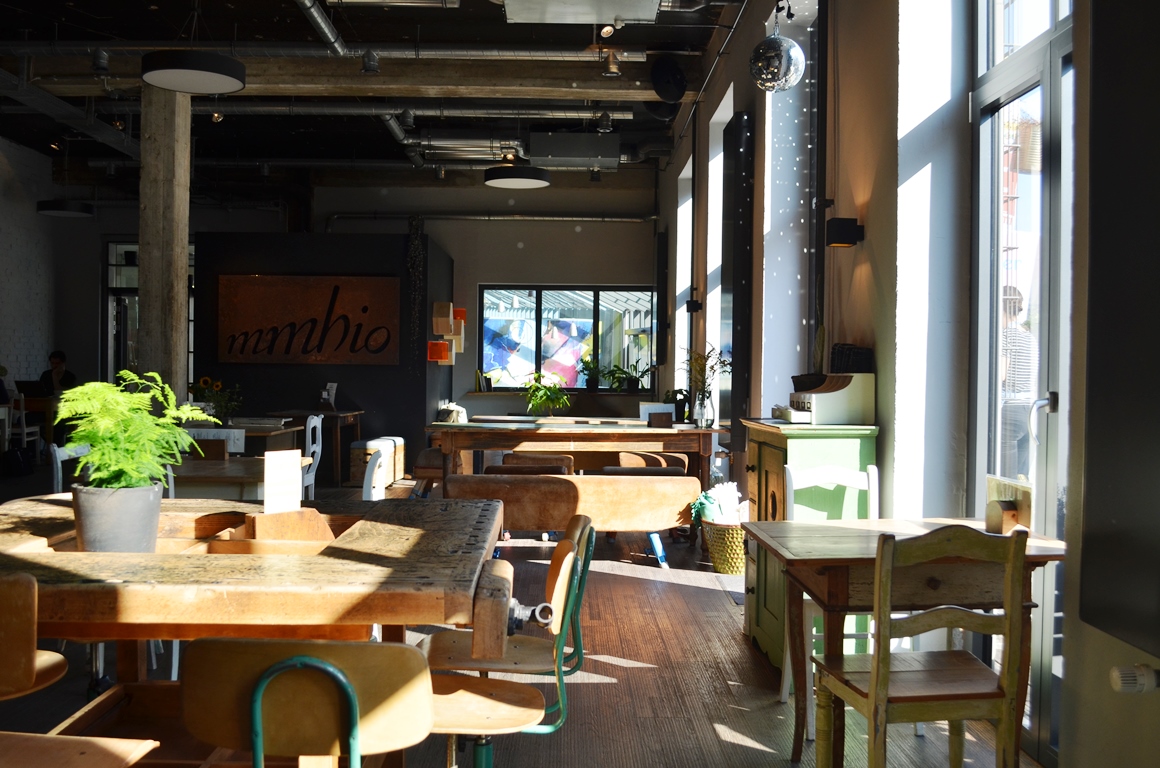 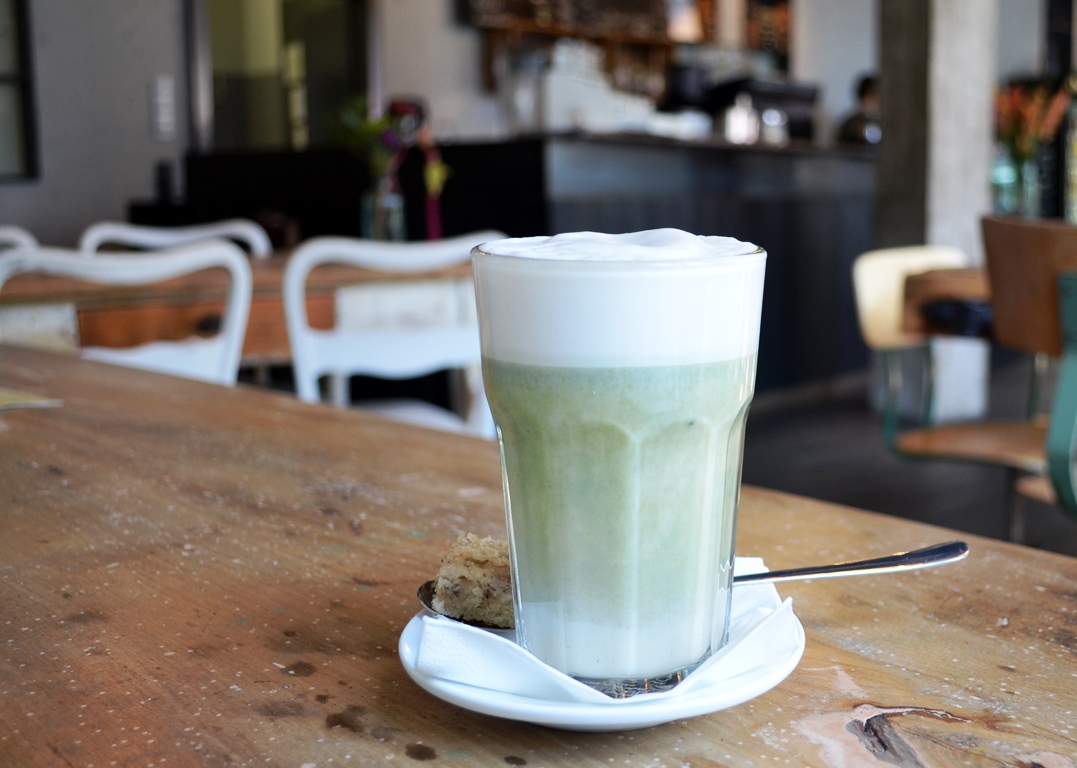 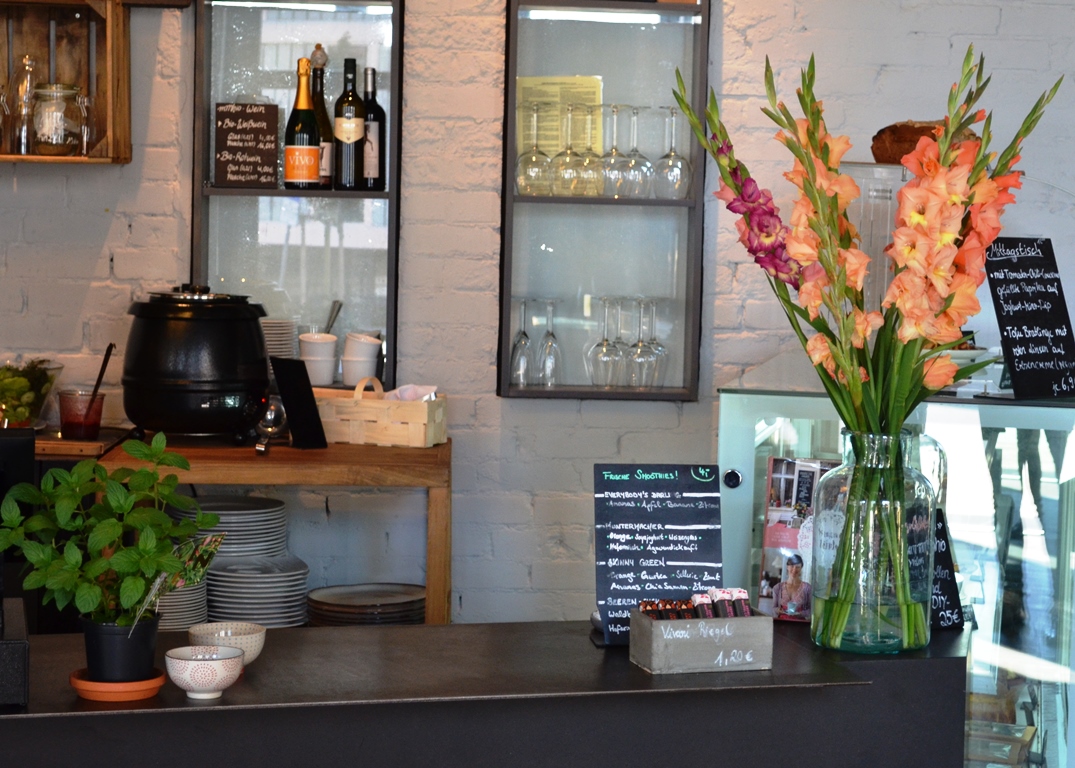 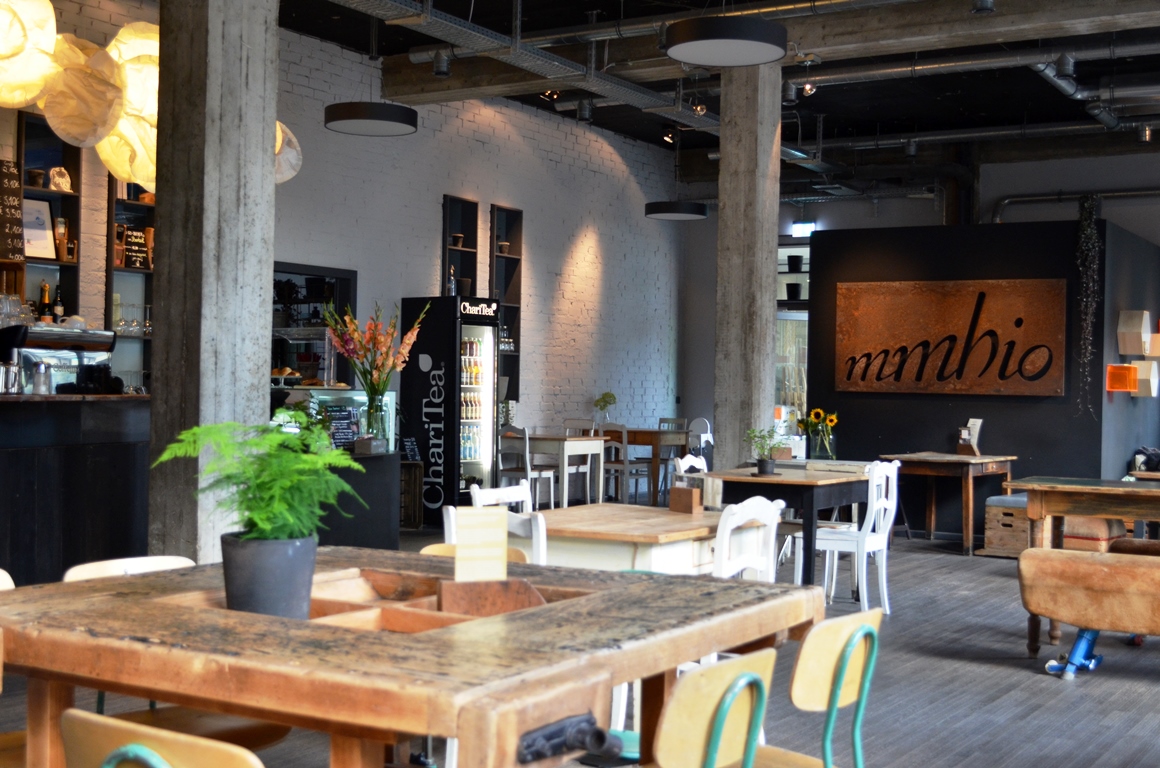 Have you ever been to Kiel in northern Germany? It is where my husband is from, so we go there around once a year to see his family. I never really liked the city a lot but actually, it turned out to be quite a little paradise for vegans. There are at least two other places I would love to share with you, but that I wasn’t able to visit this time. Maybe next year 🙂