I really begin to enjoy my little “Vegan in…” series! This time I am taking you to Flensburg. Flensburg is my hometown, actually. I used to live there until I was 22 or so and when I left I promised to never come back. Why? Because I found it too small, too boring, too conservative, too old.

This September I went back to visit the town for a couple of days, see some old friends and stuff. I didn’t expect to find anything vegan and even less to find any healthy vegan there. I did not even expect soy milk in the main coffee shops. And I was SO wrong! I am such an arrogant being sometimes! Or maybe just caught in the past.

Anyway, I found that some of the main coffee shops (you know in a small town there are those coffee shops around the pretty little market place that have been there forever and that will be there forever!? That’s the ones I am talking about when I say “main coffee shops”) offer vegan breakfast and a few (mostly super boring) vegan options on their menu. I was super surprised about that and actually went to the Cafe Central (It’s where I used to have breakfast ten years ago) for a vegan breakfast – just to be super disappointed. White bread, vegan cheese, vegan meat, a dry piece of tomatoe. I was feeling sick for more than an hour after leaving… like, I would have eaten better when I would just have gone to the supermarket to get a kilo of apples. Anyway, there are vegan options! Which is GREAT!

But now to the most important: there is even a healthy vegan restaurant! It offers anything a whole food plant based men or women could ask for and I am amazed by the two ladies who opened up the shop. The Fresh Inn was my little oasis while I was in Flensburg, my little haven.

Many of you would probably say that it is just an average place, but it is not just about the food itself, it’s about bringing a healthy vegan lifestyle to Flensburg, a small town of 80.000 (or so). A town that is not very open to new things and where it often seems like time has stopped and everything will forever stay the same. What the Fresh Inn is doing there is pioneering; and that is what makes me like them so much! 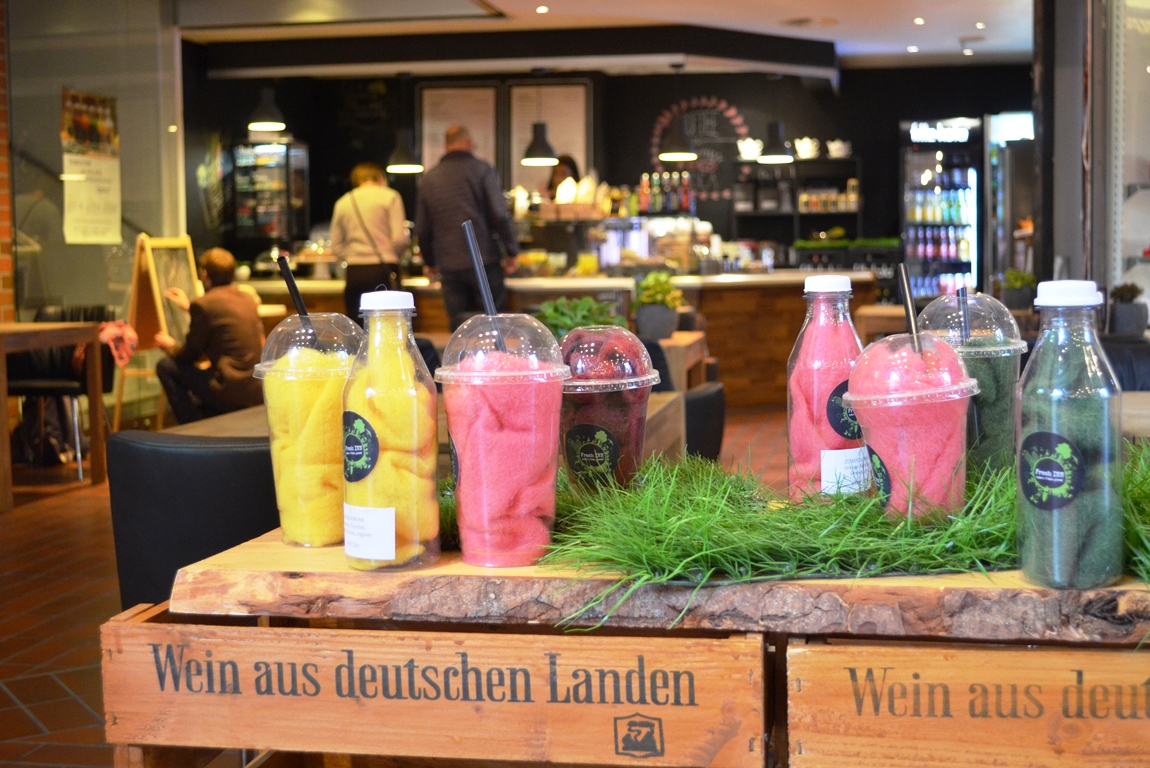 The restaurant was opened by Rasa three years ago. Rasa came to Flensburg some six or seven years ago and after making a juice detox, she began digging deeper in the healthy lifestyle. Soon she decided to share the experience of eating healty and delicious food and began working on the idea of opening a restaurant.

Is there a better way to show that healthy can be delicious? I doubt it 🙂

Anyway, so Rasa’s sister came all the way from Lithuania to help her sister opening their own little restaurant in the center of Flensburg. They made everything, like really everything by themselves; be it baking the cakes, designing the flyers, taking care of marketing, or creating new smoothie recipes. Everything was made by those two ladies, making their dream come true….

and what happend next? Well, they were still in Flensburg… as I wrote earlier: a town of conservative people.

And no one came! 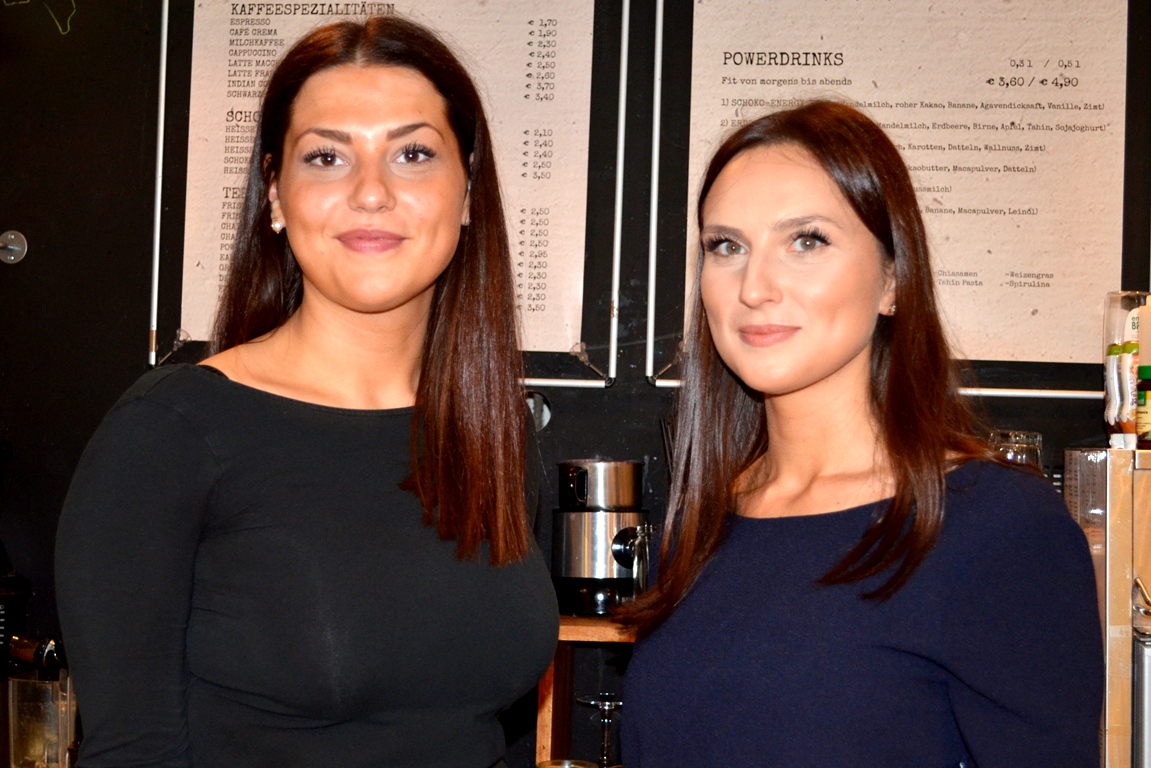 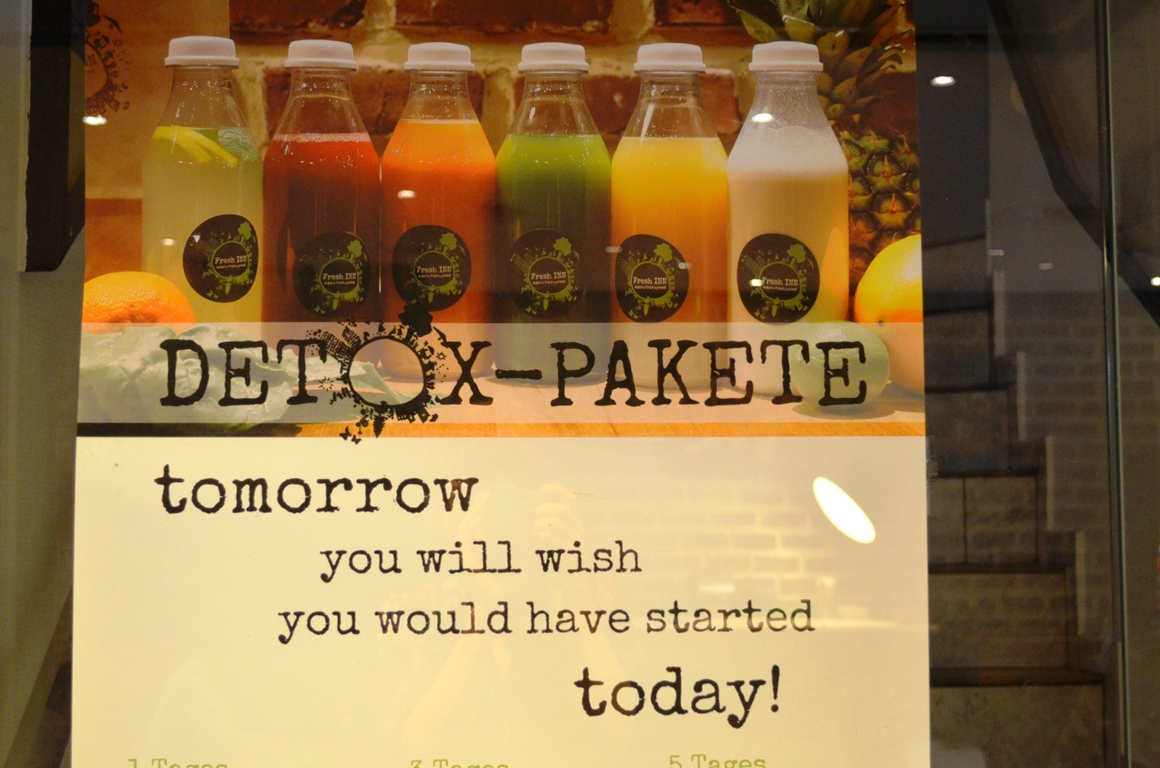 For two years in a row basically every day the two were thinking “okay, we have to close tomorrow”, but they didn’t. They started offering cheese and even chicken sandwiches to attract different customers, to make the barrier towards healthy food a little lower; to make it easier for everyone to understand the menu (cause Matcha latte and Acai super smoothie is just not what everyone knows about 😀 ). And they succeeded. They still offer food for omnivores but it does also happent that a customer comes one day for a chicken sandwich and the next day without thinking about it, it is a vegan sandwich.

“And then they are surprised that it actually tastes really good”, as Rasa told me 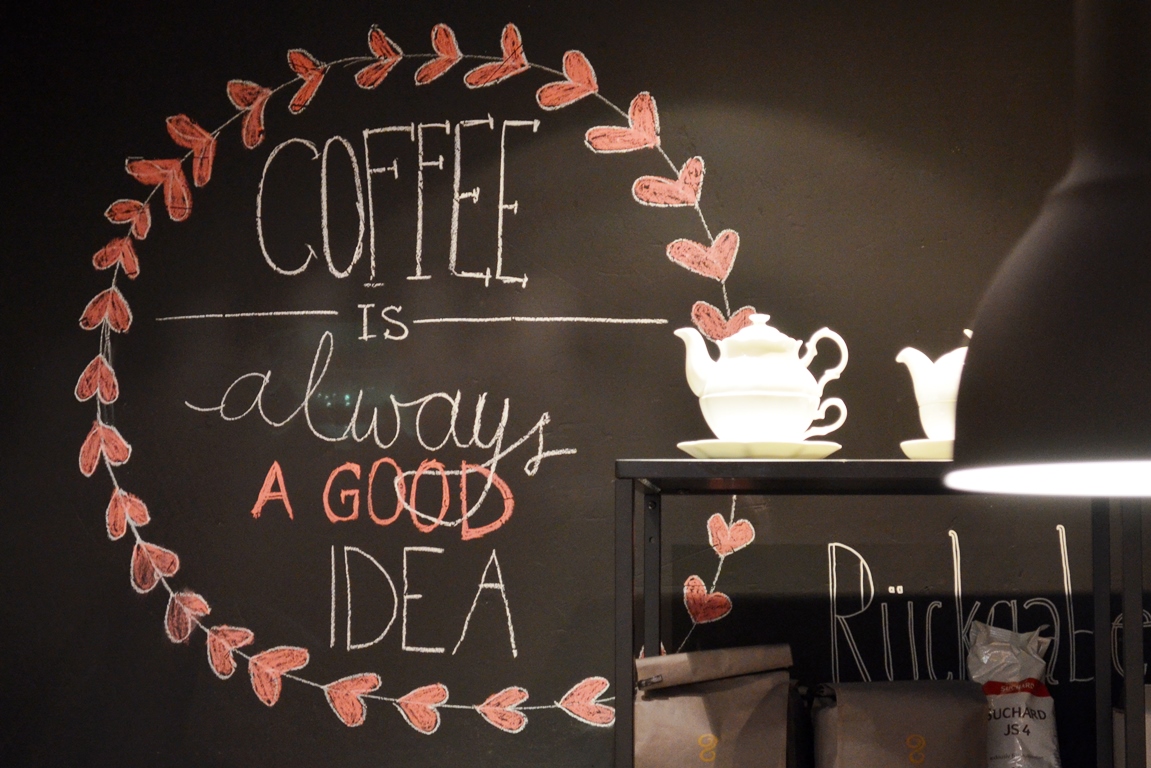 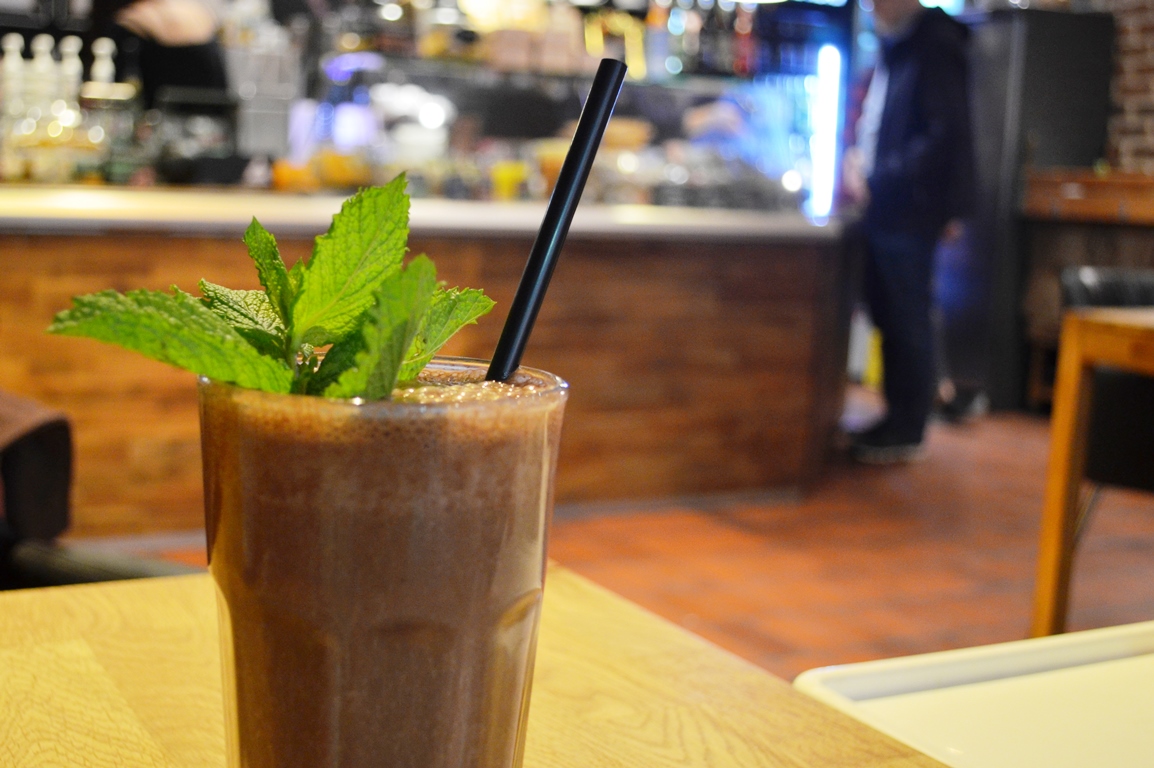 I was really impressed by those two ladies. Some say I am a brave person because I opened my own business and everything, but you know what? I would never have dared to open a health food restaurant in Flensburg 😀

Anyway, as written above, I was SO happy to find this place. I was only in Flensburg for three days but one of those days I spent like the entire day at the Fresh Inn and on the other days I came twice or so. It really was my haven. They have matcha, they have sugar free cashew cheesecake, they have aaaaall kind of smoothies and shakes, they have hearty breakfasts, they have delicious salads, they have the best ever quiche, they have a super yummy bean stew, and they have cakes…

You may know that usually I do not eat sugar but one night in Flensburg when I went to get dinner at the Fresh Inn, Rasa gave me two small pieces of cake, a banana bread and a chocolate cake. In the first place I did not even want to try because of the sugar and I told my husband and friend to eat it all. But then I tried anyway and ended up eating it mostly all by myself 😀

Seriously, the chocolate-cream cake is amazing! 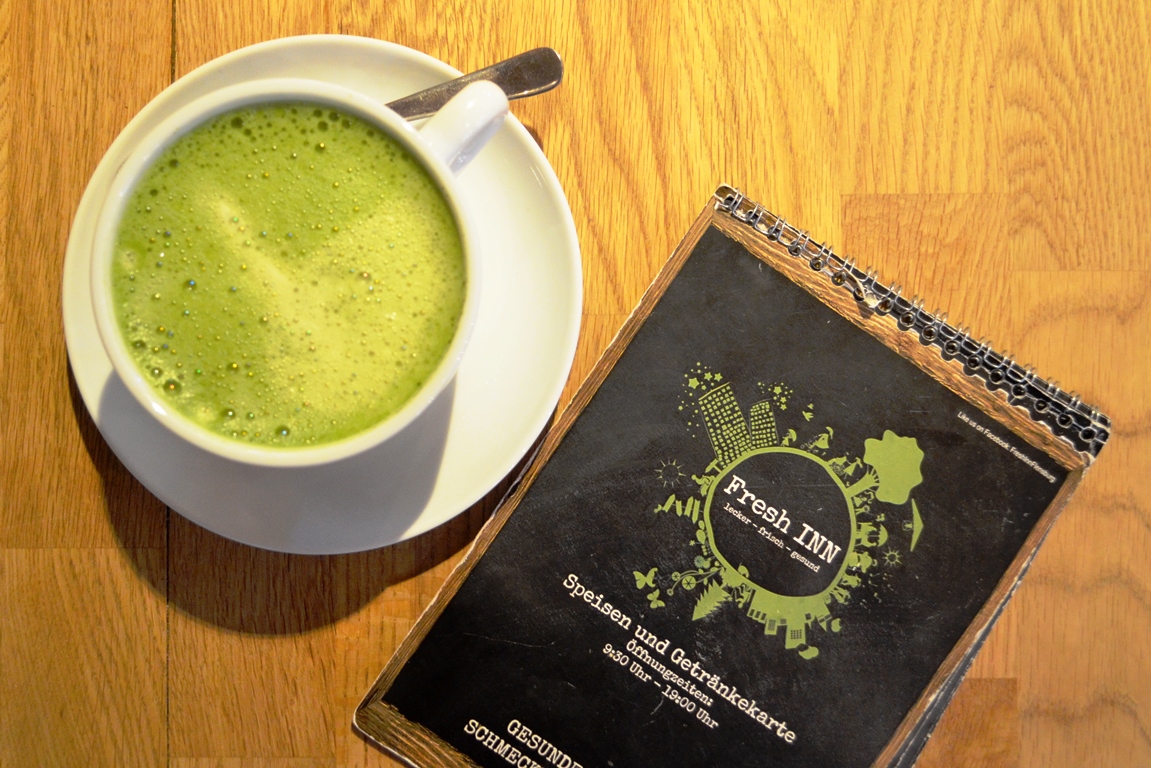 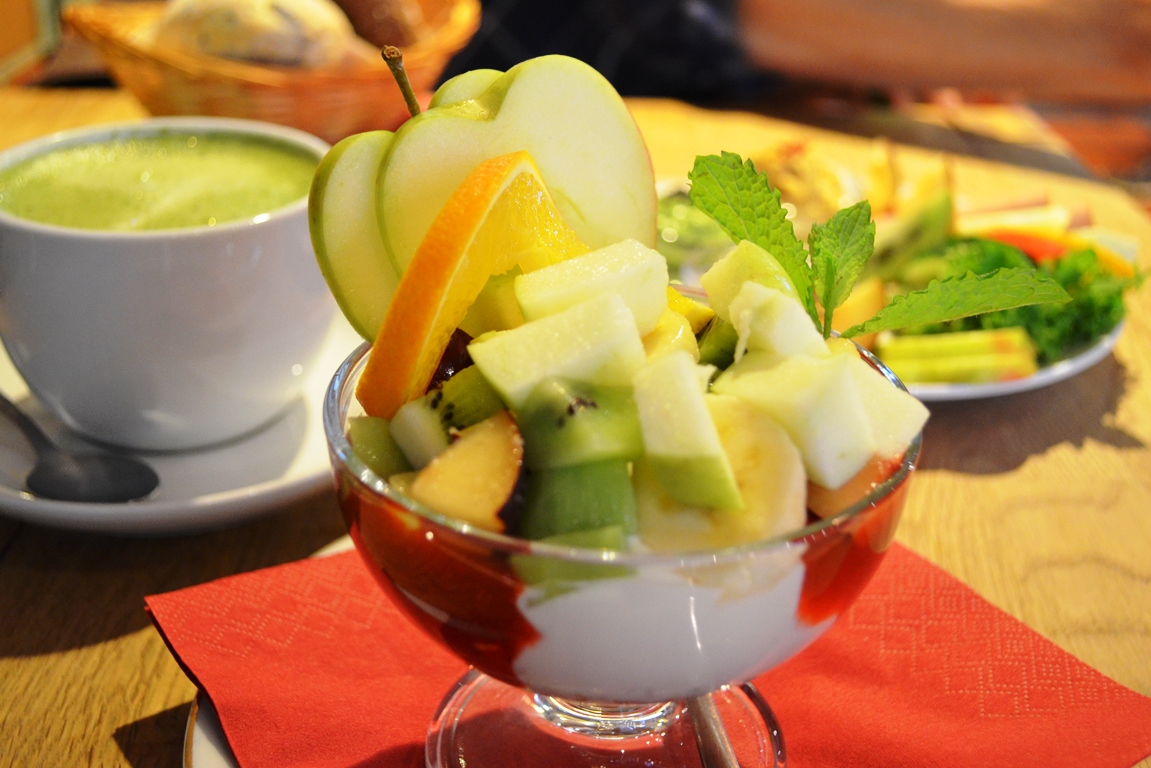 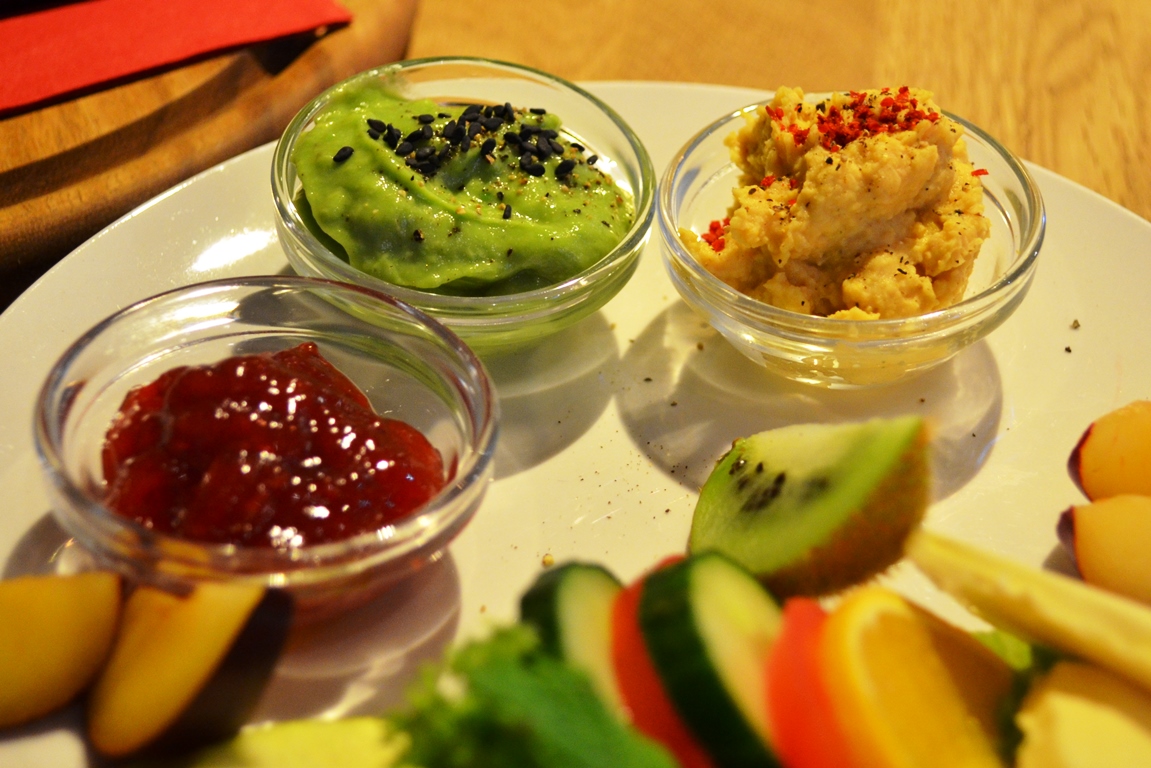 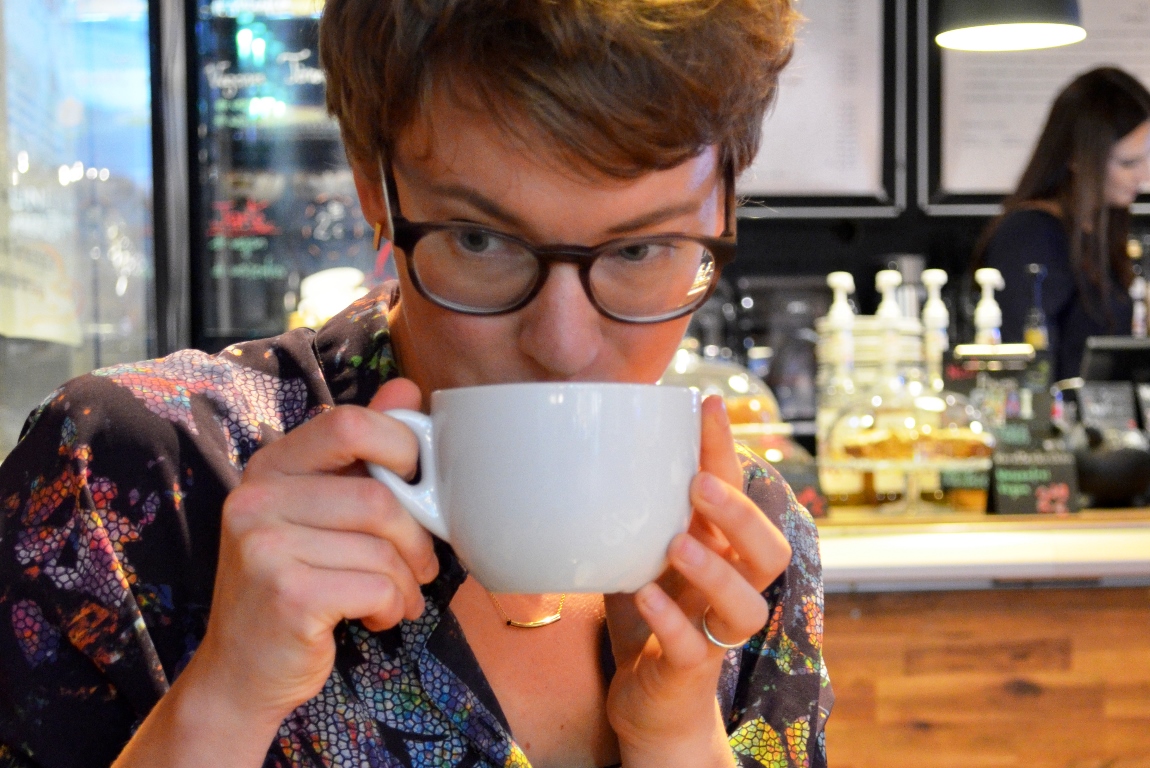 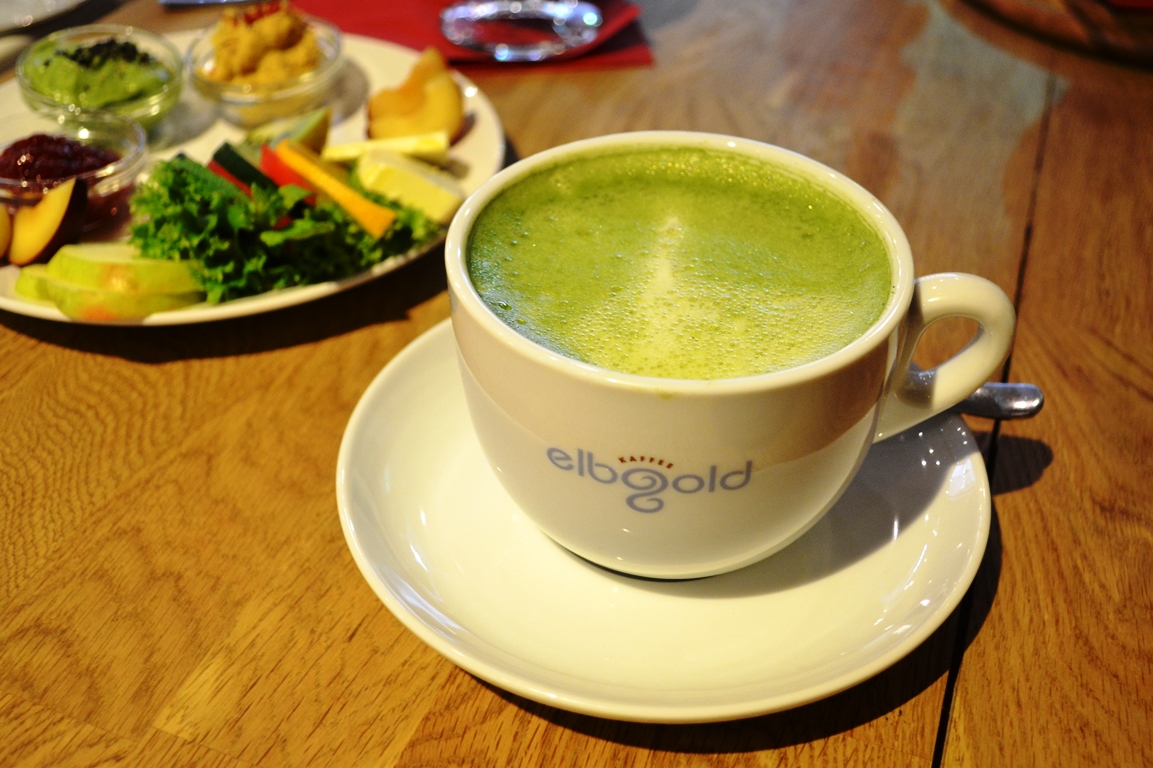 Have you ever been to Flensburg? It’s a cute little town, most people say. It has a pretty little harbor and a few beaches, and I think I would like it if it wasn’t my homemtown 😀 do you feel the same about your hometown?

In case you are going – or you live there- make sure to check out the Fresh Inn! Find out more about where to go on their facebook page: Fresh Inn

And have you ever been as excited as I was when I found the Fresh Inn, about finding a healty vegan spot somewhere were you wouldn’t expect it? I would love to know!