Have you every stayed in a vegan hotel? Do you actually know that there are vegan hotels out there? I had the pleasure to have my very first visit in an all vegan hotel in Czech Republic earlier this month. In the beautiful valley of Údolský stream, close to the Polish border there is a small village called Novina. And there, in the middle of nowhere, is the the very first Czech vegan hotel.

The hotel opened only 13 months ago in september 2016 and is actually owned by the same person who has a chain of all organic supermarkets in Czech Republic. Since he himself is eating a vegan diet since 25 years already, he saw the need of an all vegan hotel. And when he found a cute little house for sale he made things serios and opened the first Czech vegan hotel.

The hotel has only 8 rooms and is very home-like. Katya is taking care of almost everything by herself, be it the cooking, the cleaning, or the computer work. She is the sweetest person ever and treated us so well. Some (like me) may enjoy this familiar atmosphere, others may find it too intimate. 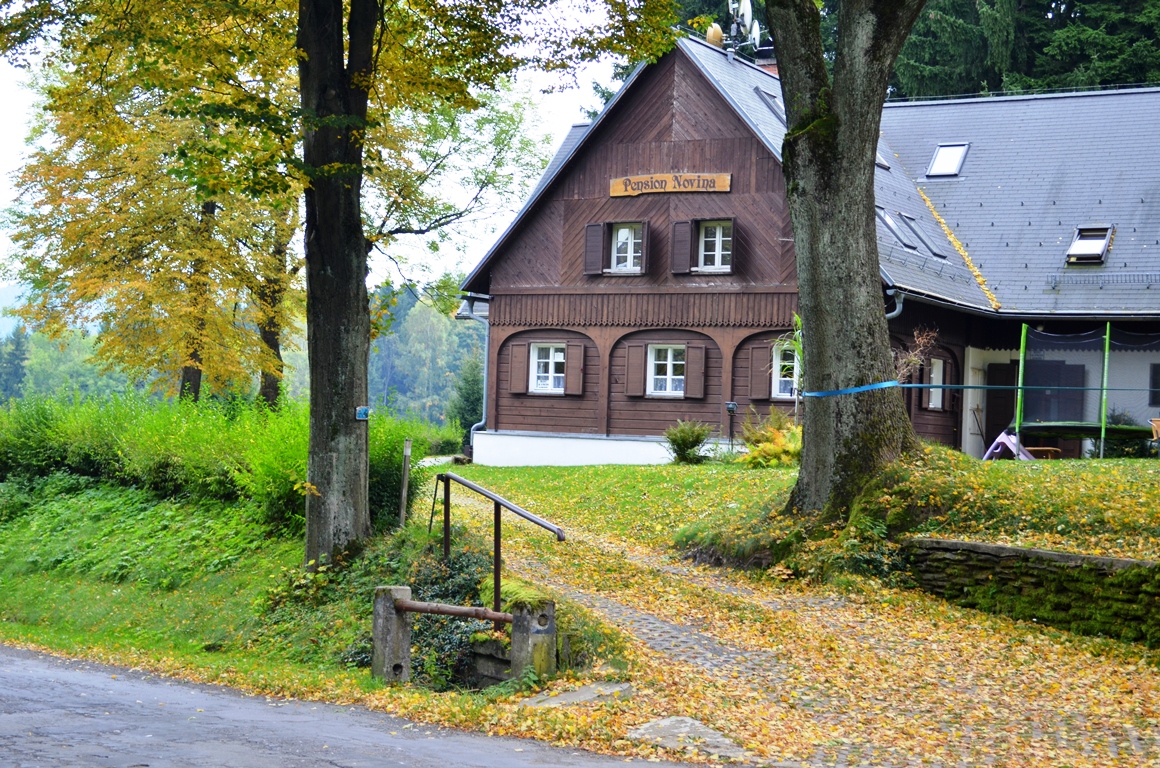 The hotel is located on the peak of a mountain between the villages Novina and Krystofovo. It’s easy to go there by train since both Novina and Krystofovo have a small train station with trains running every hour. It is around 30 minutes walk from both stations to the hotel (up hill). Make sure to bring a backpack when planning to walk the way to the hotel (we brought a suitcase and it wasn’t fun at all to walk up hill with a huge suitcase…).

Vital hotel Novina has a pretty garden and a terrace. There are outdoor games for children available and outdoor seats to enjoy the view while having a hot tea.

The picture below is the view from the hotel. 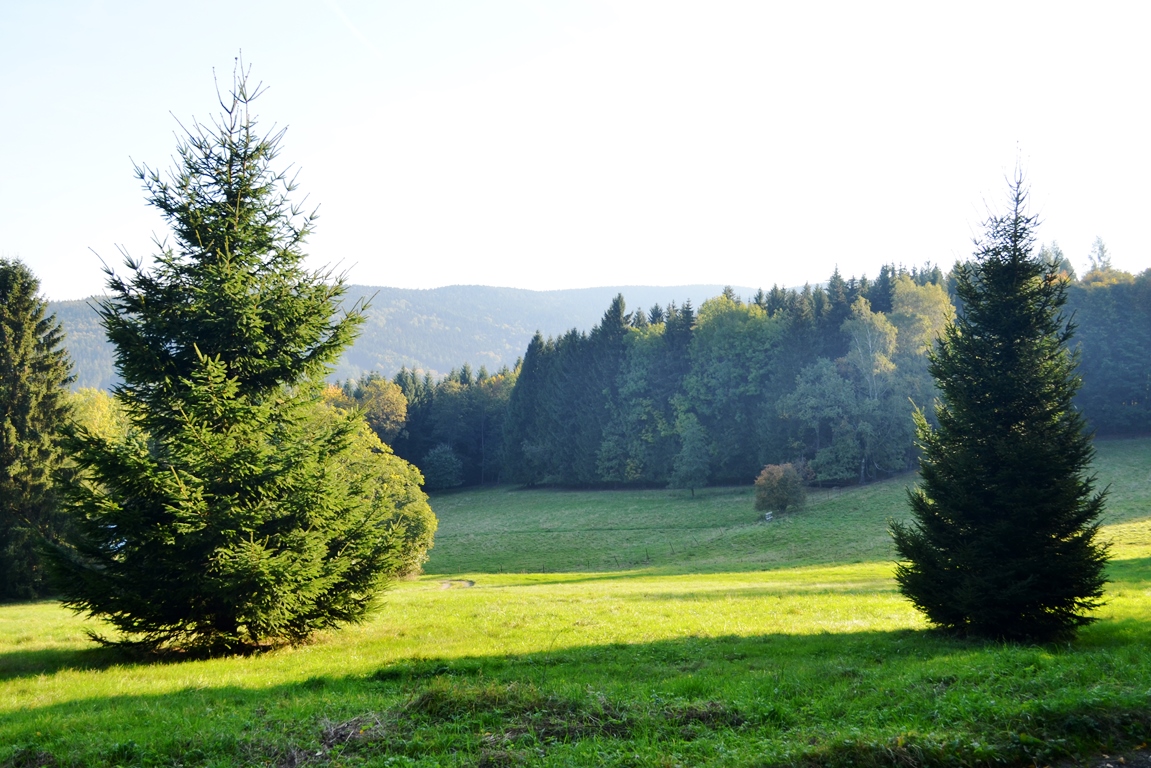 The hotel itself has a pretty rustic style. Do not expect anything modern but rather what I would think it traditional Czec.

It is super cozy for sure but also everything but new. Both the bed rooms and the bath rooms are clean but they are not like super comfy, big or stylish. Everything is rather very down to earth, rustic, and simple. Which does not have to be a disadvantage; always depending on what you expect and what you are used to. I found it very charming, especially given the low price the rooms costs per night (890 CZK including vegan breakfast and dinner). 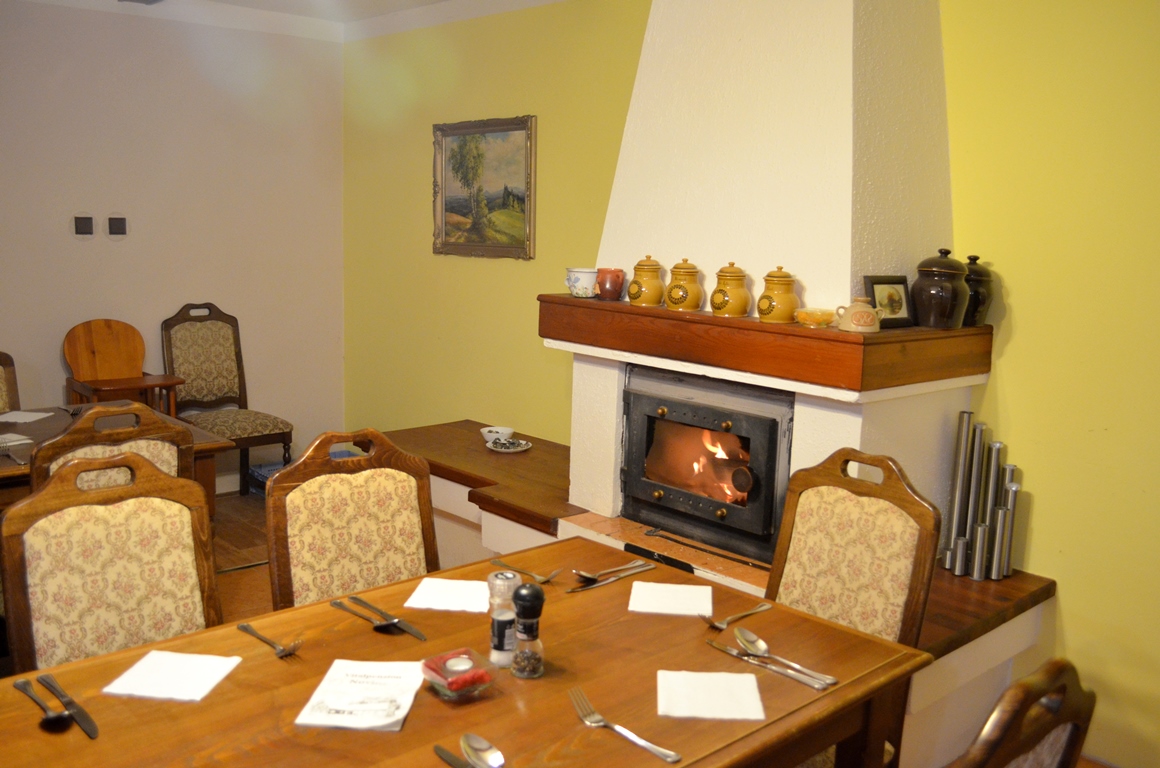 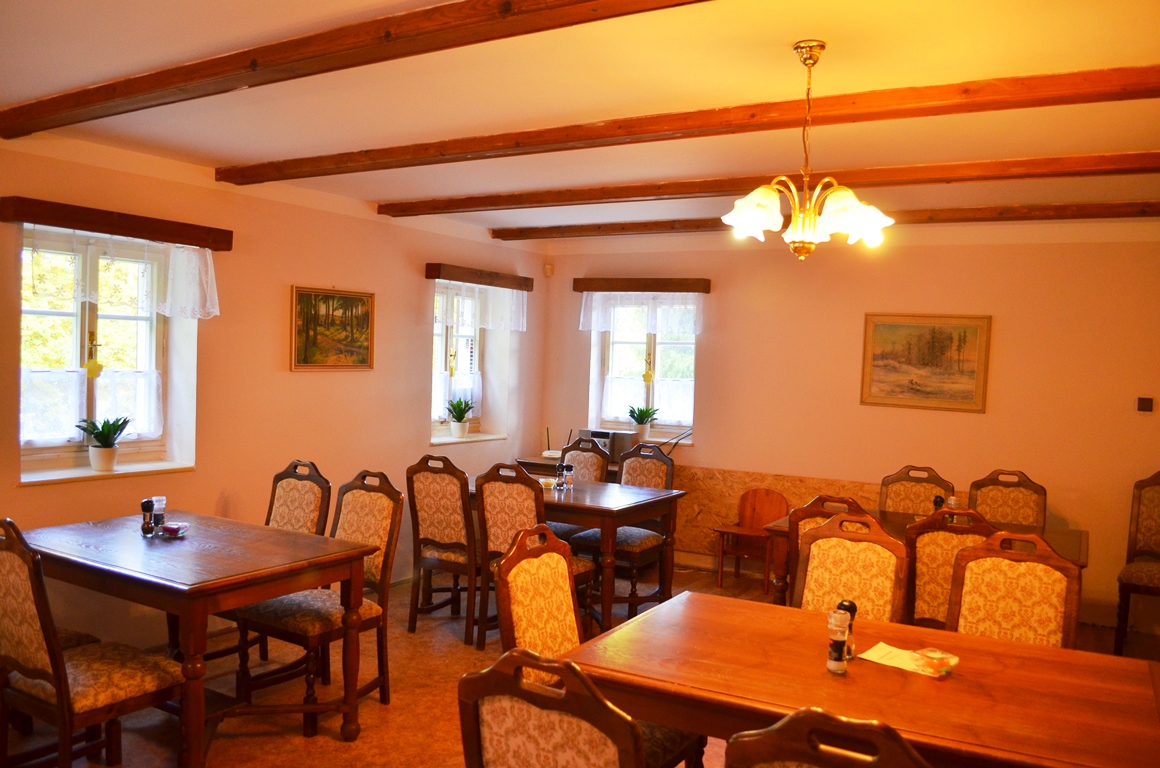 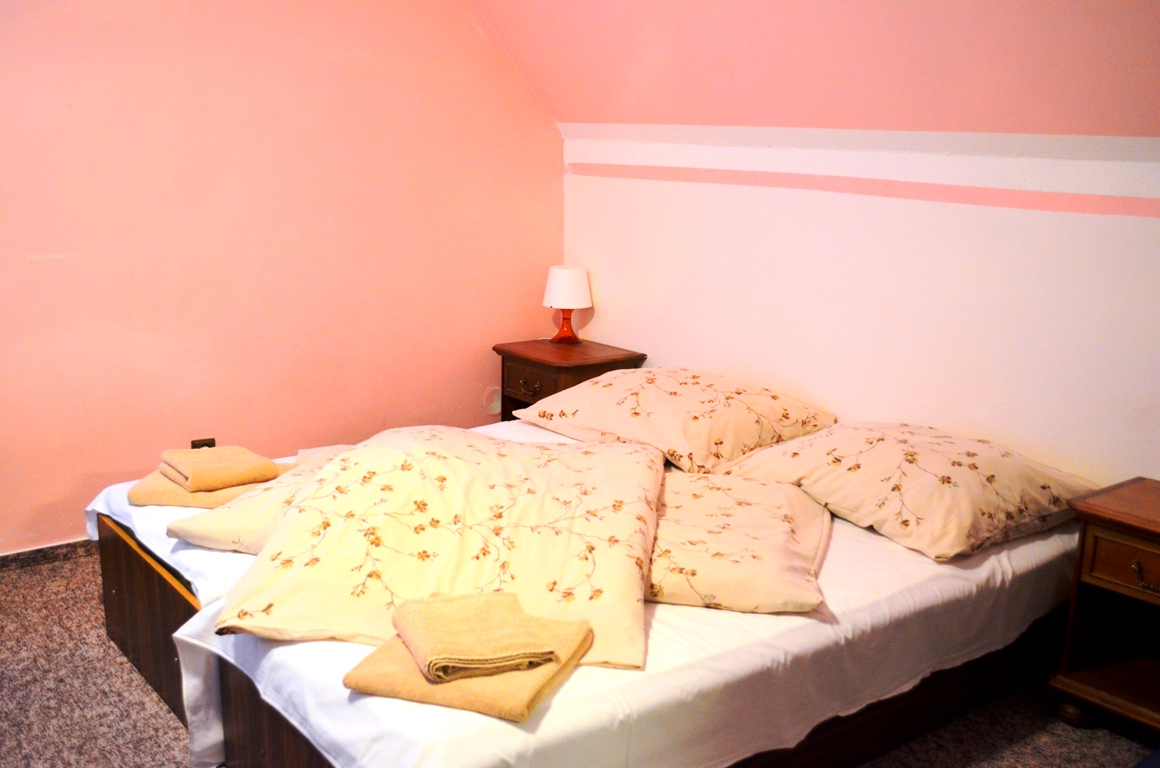 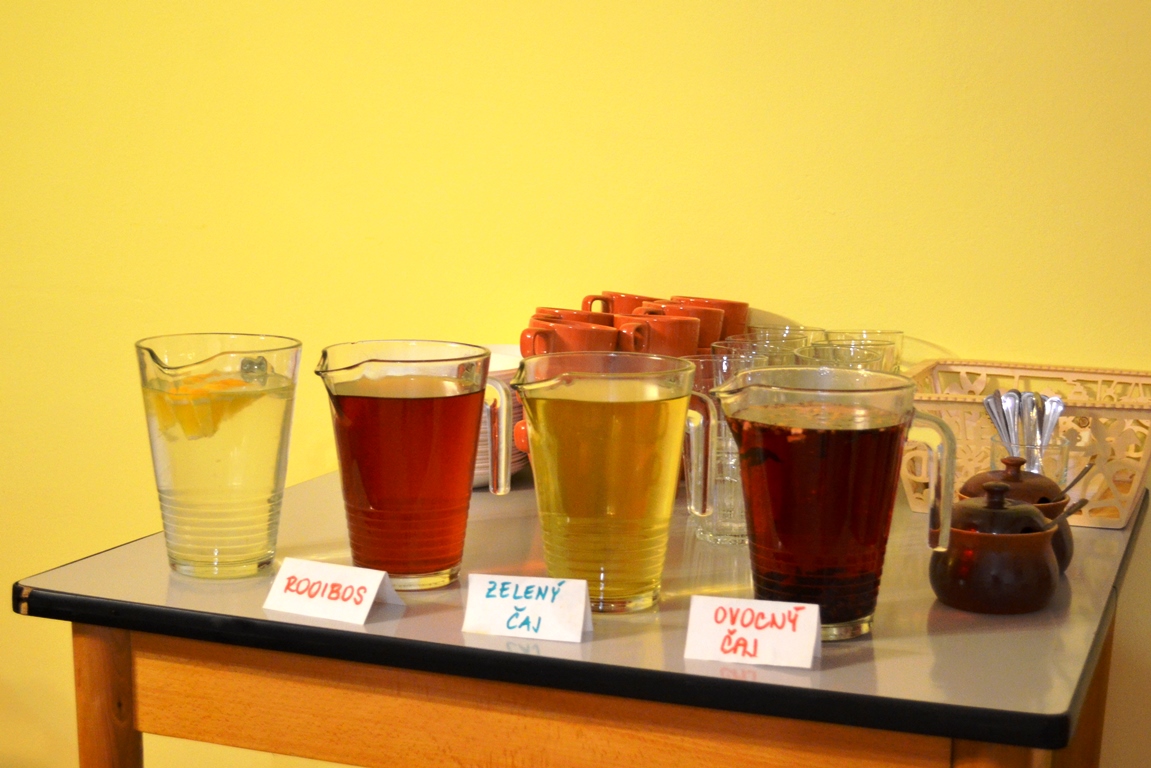 Since the hotel is claiming on their website that they are a healthy vegan hotel, I had rather high expectations regarding the food. There I have to admit that I was a little dissappointed.

Yes, everything is vegan but that does not mean that it is super healthy. For the almost four days that we spent at the hotel, we didn’t get much greens and not much raw foods. However, let’s be honest; I eat an extremely healthy diet and I eat tons of raw greens and greens in general. Most other people will probably say that the food served at the hotel is healthy. We had bulgour with carrots and parsnips, mashed poatoes with zucchini, humus with oven baked potaoes, and loads of really good lentil soups (red lentil soup and yellow lentil soup). We had a green salad once and some lettuce once. 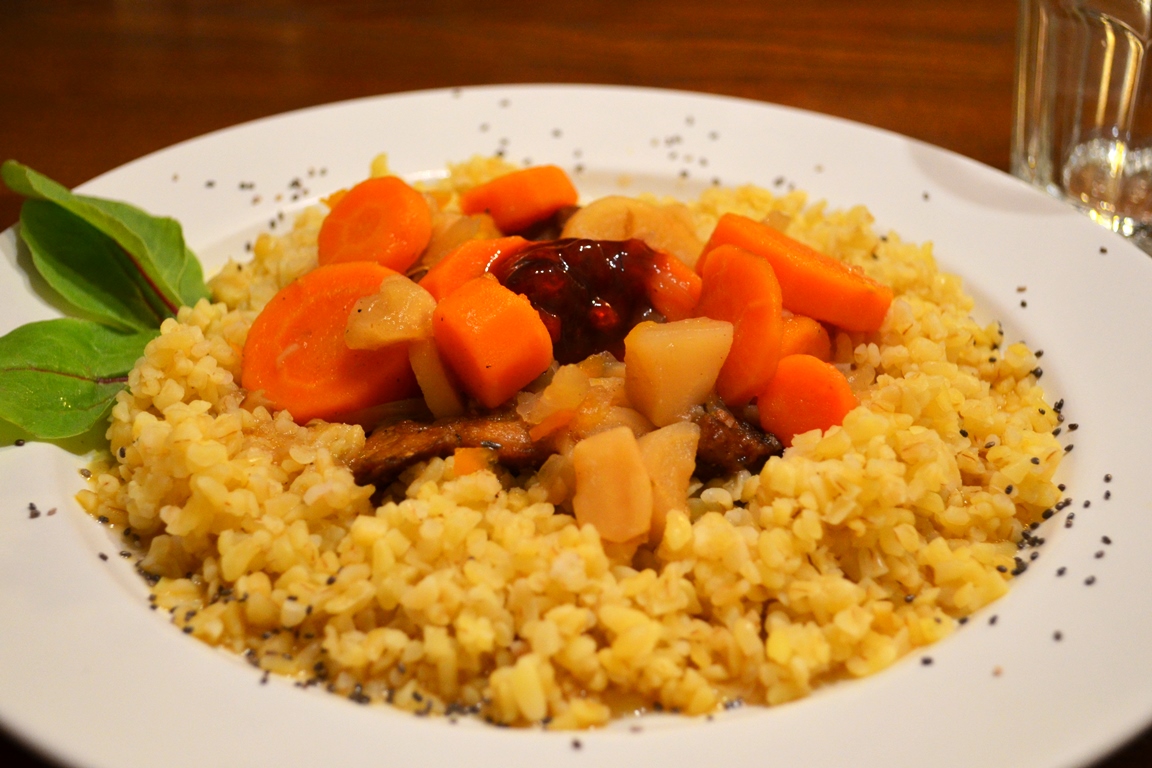 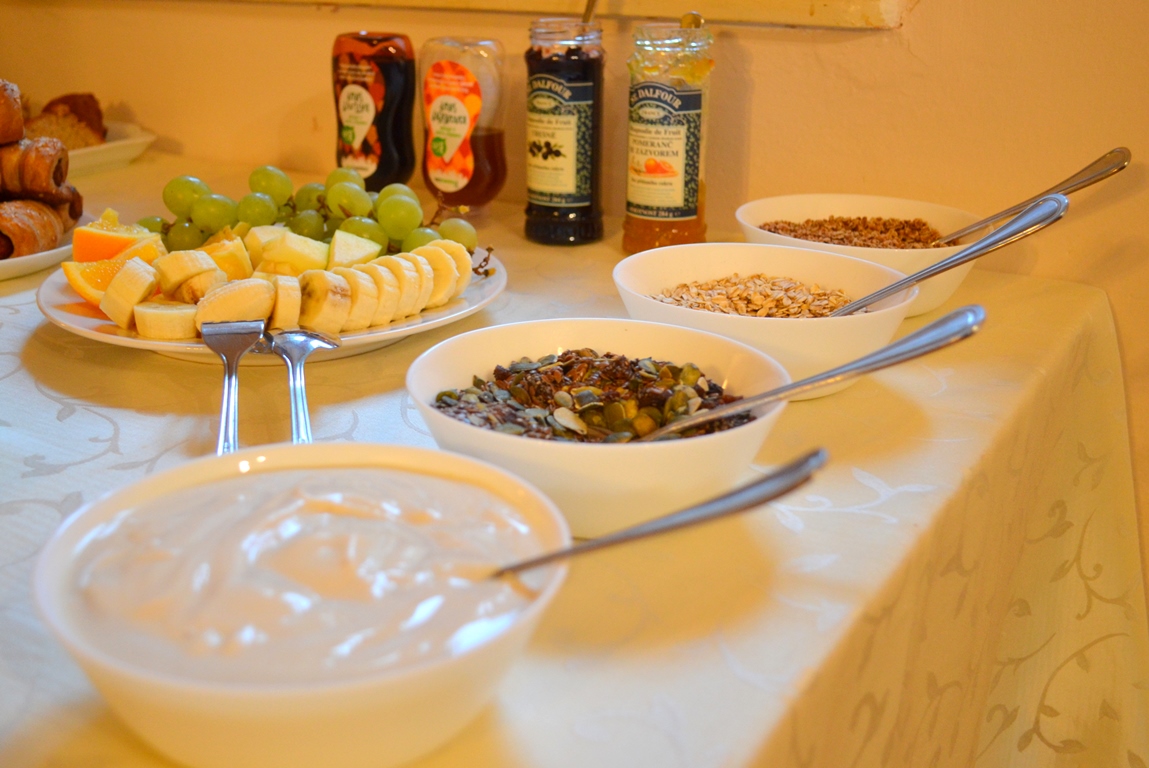 For breakfast there was soy jogurt, oats, fruit, but also cakes, vegan cheese, vegan sausage, and other highly processed foods. I know many people like that, but it is just not what I would have expected from a hotel saying that it is a healthy hotel. Anyway, since there were healthy options for breakfast, I didn’t mind the unhealthier things. I had soy jogurt with fruits and oats and I was totally happy with it.

Also, they have lupin coffee. Do you know that yet? It’s basically roasted lupine beans. I was so happy to discover this yummy treat at the hotel and actually bought a bag when I came back home.

By the way, all packed foods are organic and most fresh foods come from the region. Since the hotel owner owns an organic supermarket chain, he gets all the food from there. I usually eat organic foods so I was very happy to learn about that! 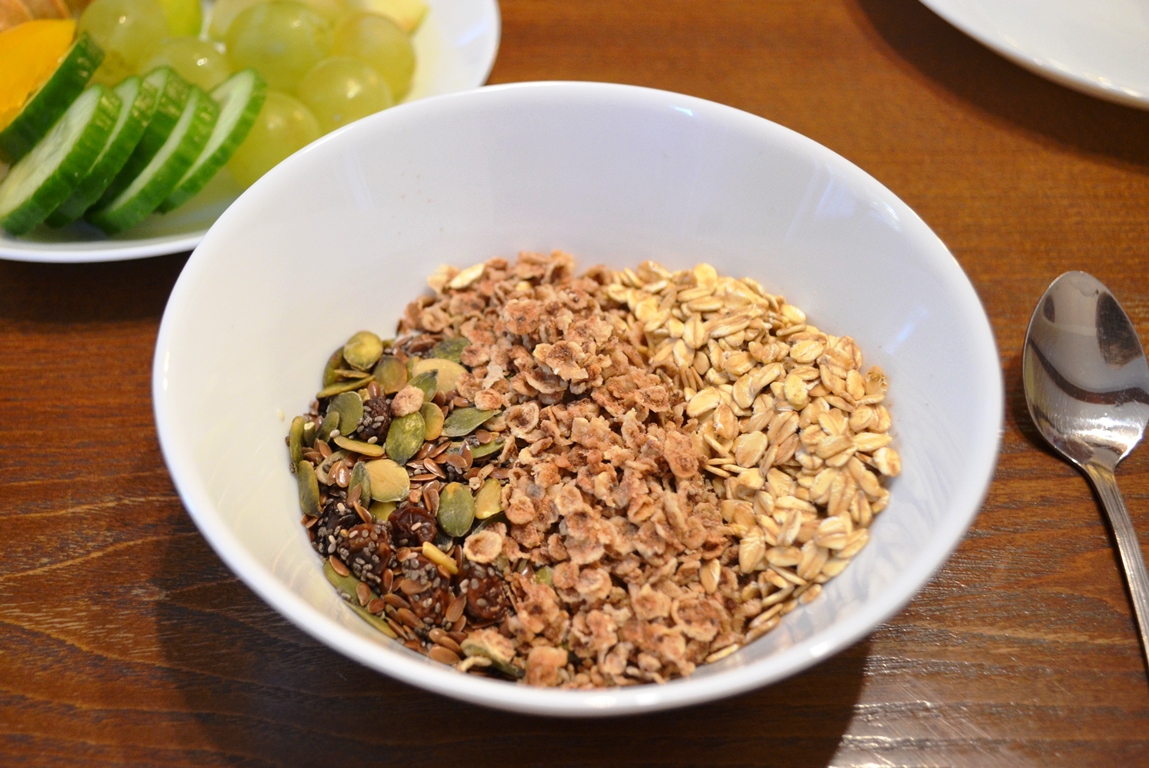 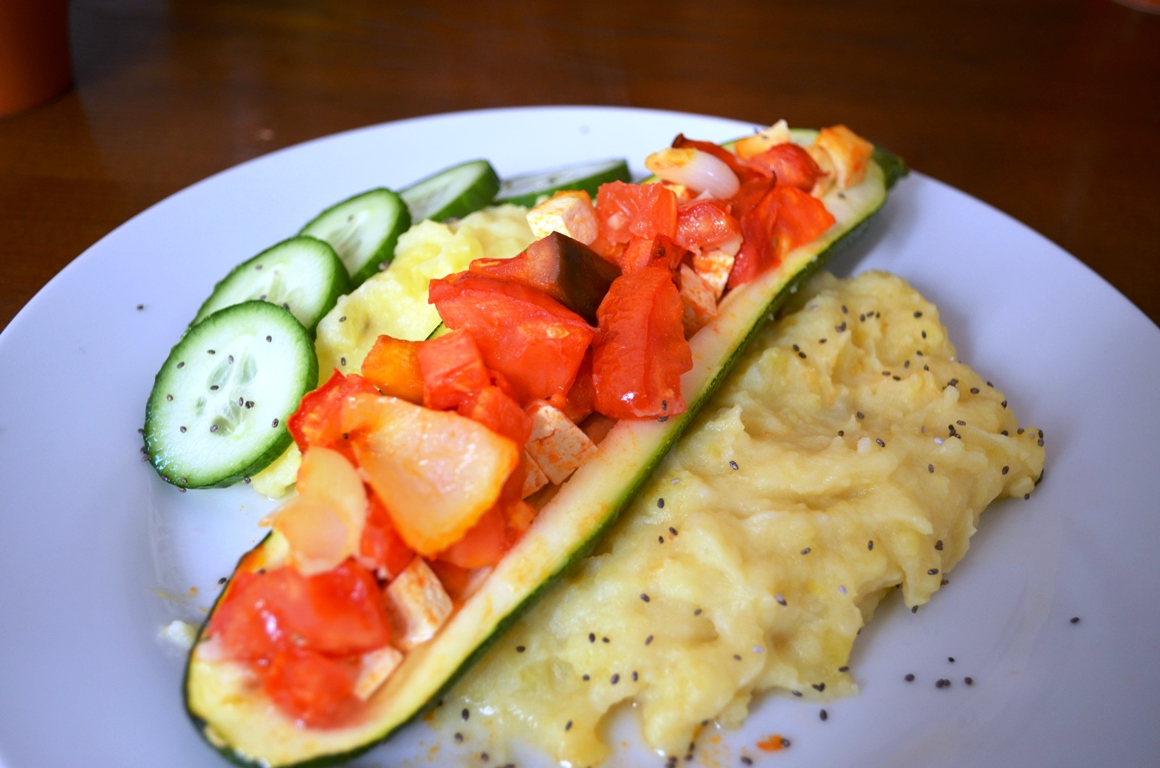 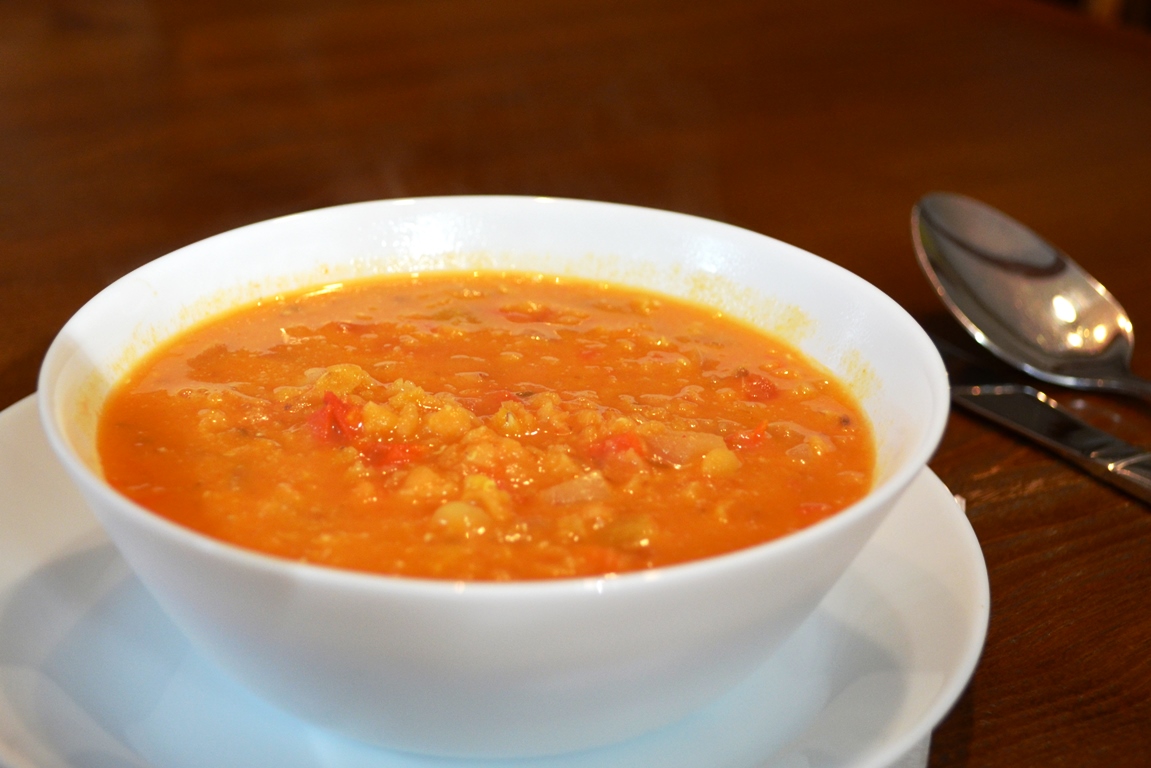 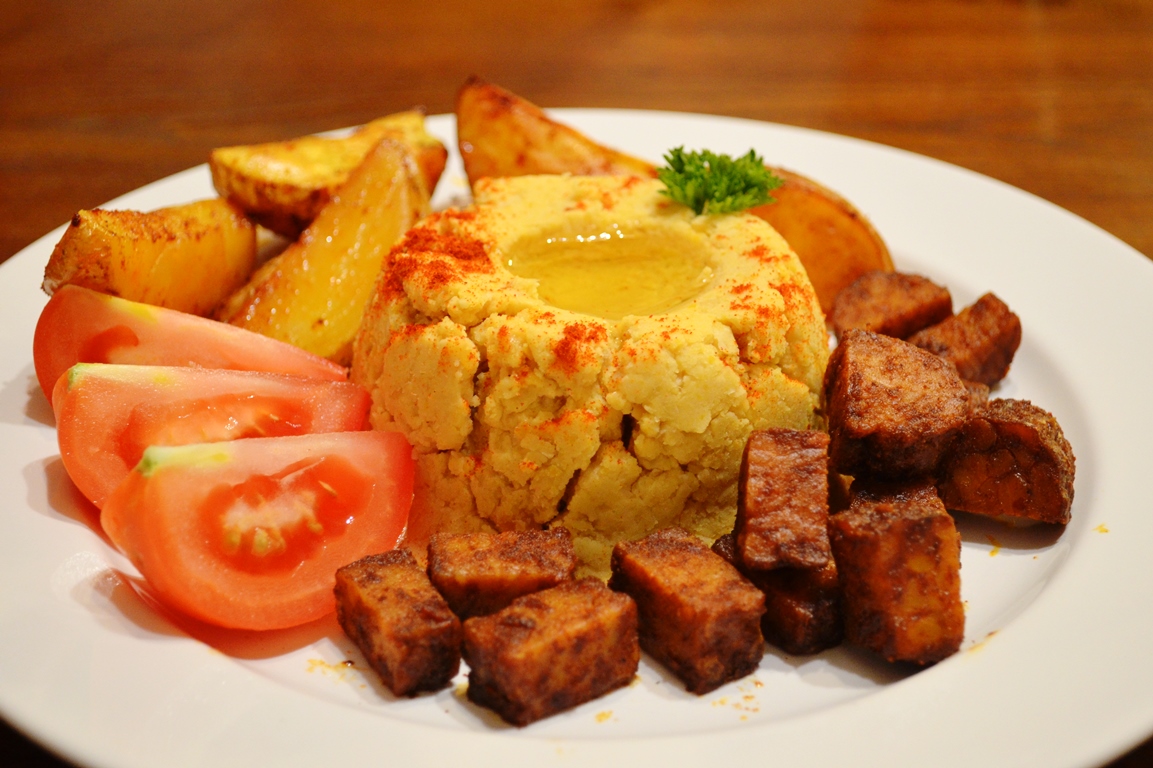 So to sum up, I can say that I really enjoyed our stay there. Since the hotel is located in the middle of nowhere it really is a place where you can easily calm down and forget everything that is stressing you out in daily life. Since everything is vegan you do not have to think about where to get your next meal (which, lets me honest, often is a deal when travelling) and the staff (or basically katya) is super sweet and kind.

On the other hand, I would have expected the food to be healthier.

In case you are interested in getting to know more about the hotel or maybe you are even planning a trip to Czech Republic, make sure to check out their website: 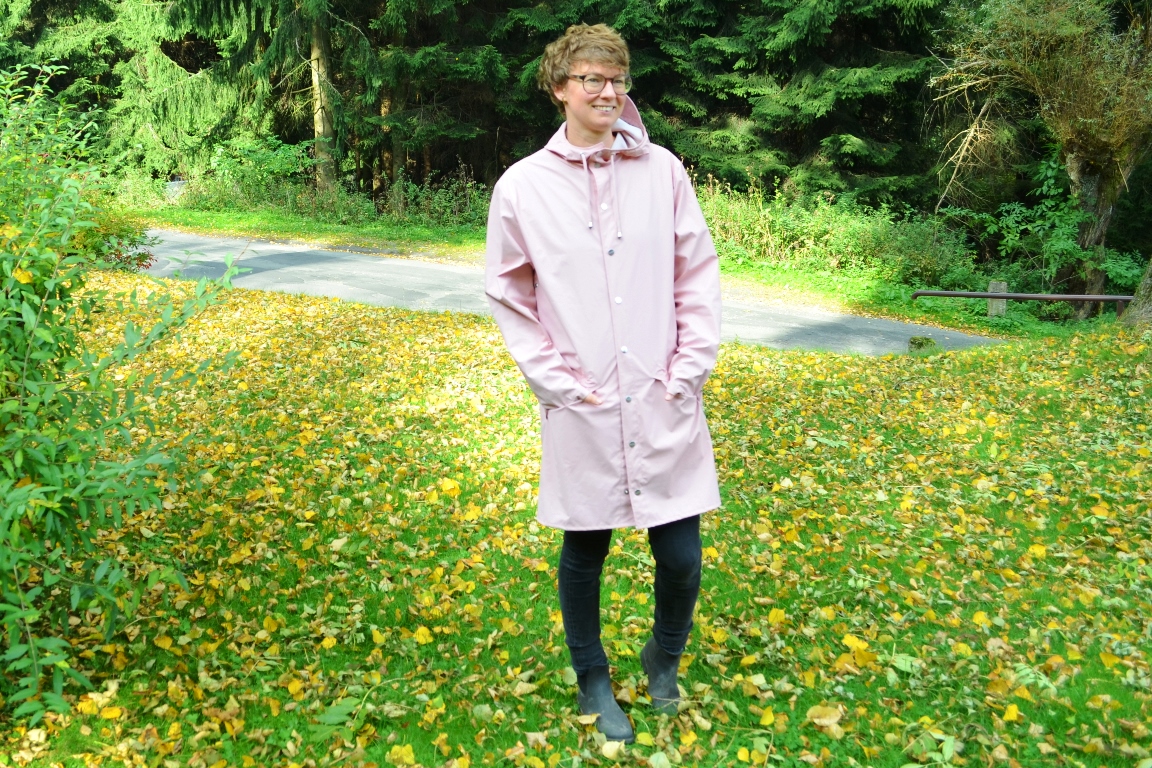 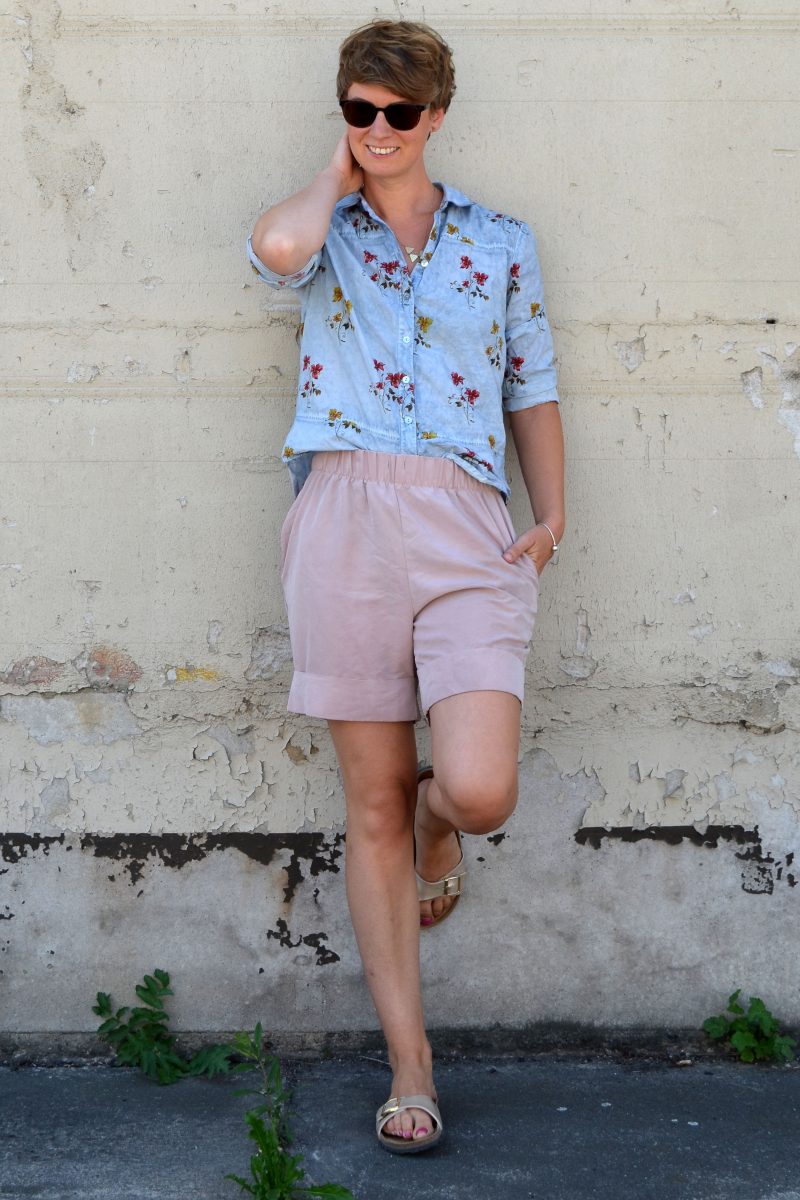 I am Rosa from Germany!
I'm living in a Motor Home with my Husband and two Kids and I am blogging about my Journey towards a more sustainable Lifestyle.
Here on the Blog you can find Inspiration on Fair Fashion, Plant Based Food, Natural Cosmetics, Less Waste, and sustainable Travel Tips

where i shop my natural supplements 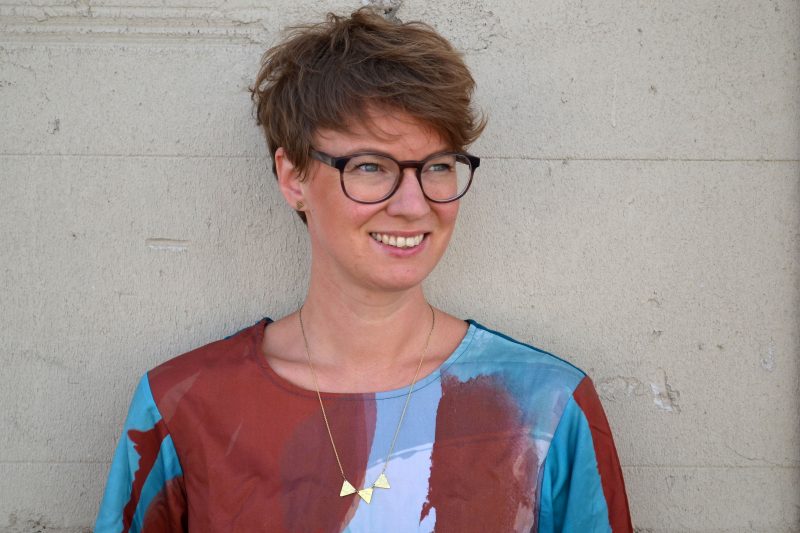 Follow my Journey through Europe in my Insta Stories!