Have you ever been away from home for ten months or longer? I have once, 15 years ago – and now. But wait, it’s not quite true … I have my home with me!

Today I am sharing a recap of our tenth month on the road, living in a motor home as a family of four!

And yes, another month passed, new adventures happend! What have we been up to between June 13 and July 13 in 2020!? Our tenth month started off with my baby’s first birthday – and continued with loads of wonderful adventures …

The first thing that happend after baby’s birthday on our tenth month on the road was that I took a course to become a Theta Healing TM practionier. Maybe you’ve read that I published my book back in early June!? My book is all about empowering women after a miscarriage and I was looking for yet another tool to get even deeper into healing women (and men); I found Theta Healing TM, did the course and am now an officially certified practionier. I did around 15 healing sessions during the past four weeks and I have to say that I love this work so much! It’s pretty much my favorite thing to do to heal people! 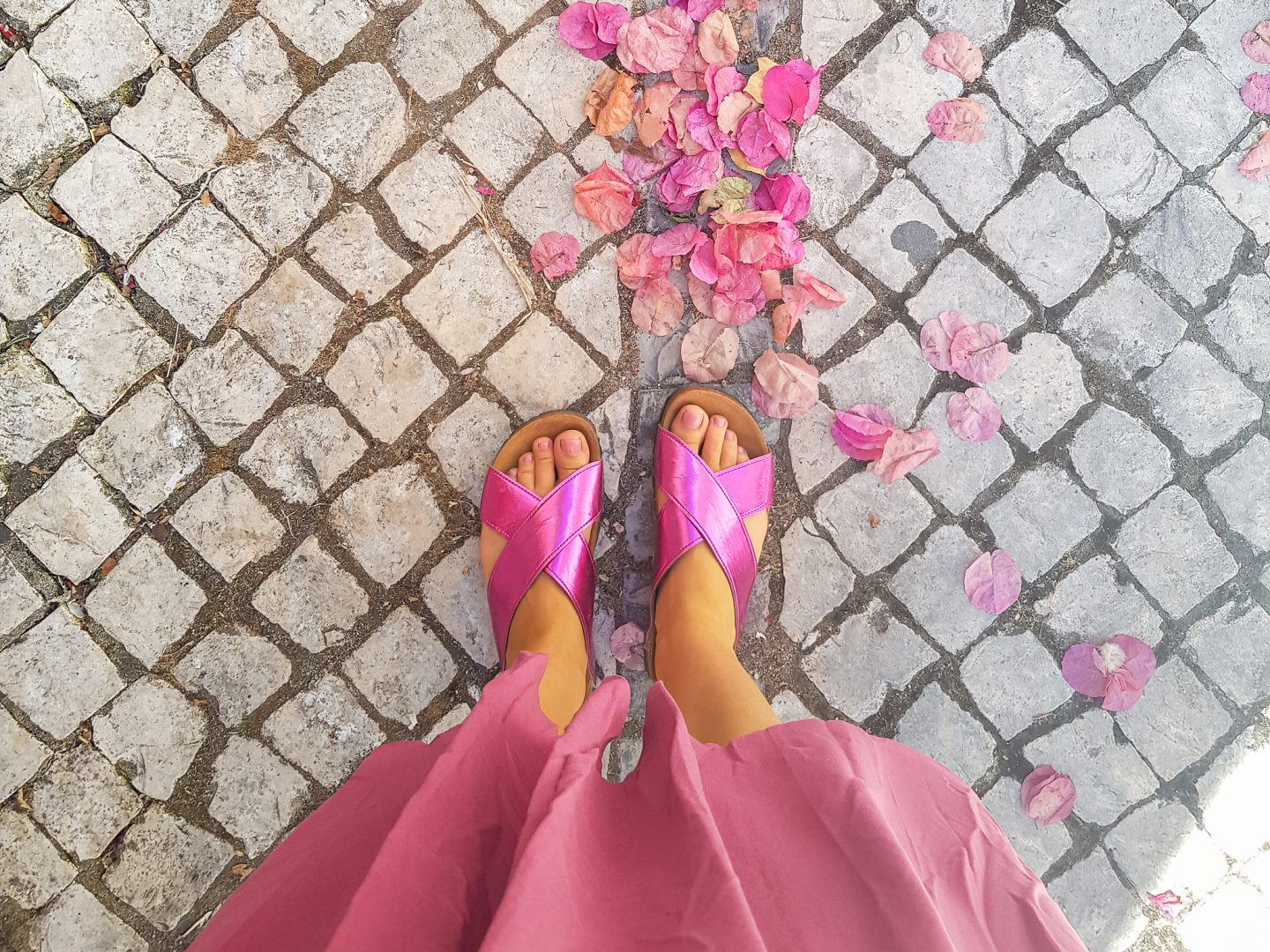 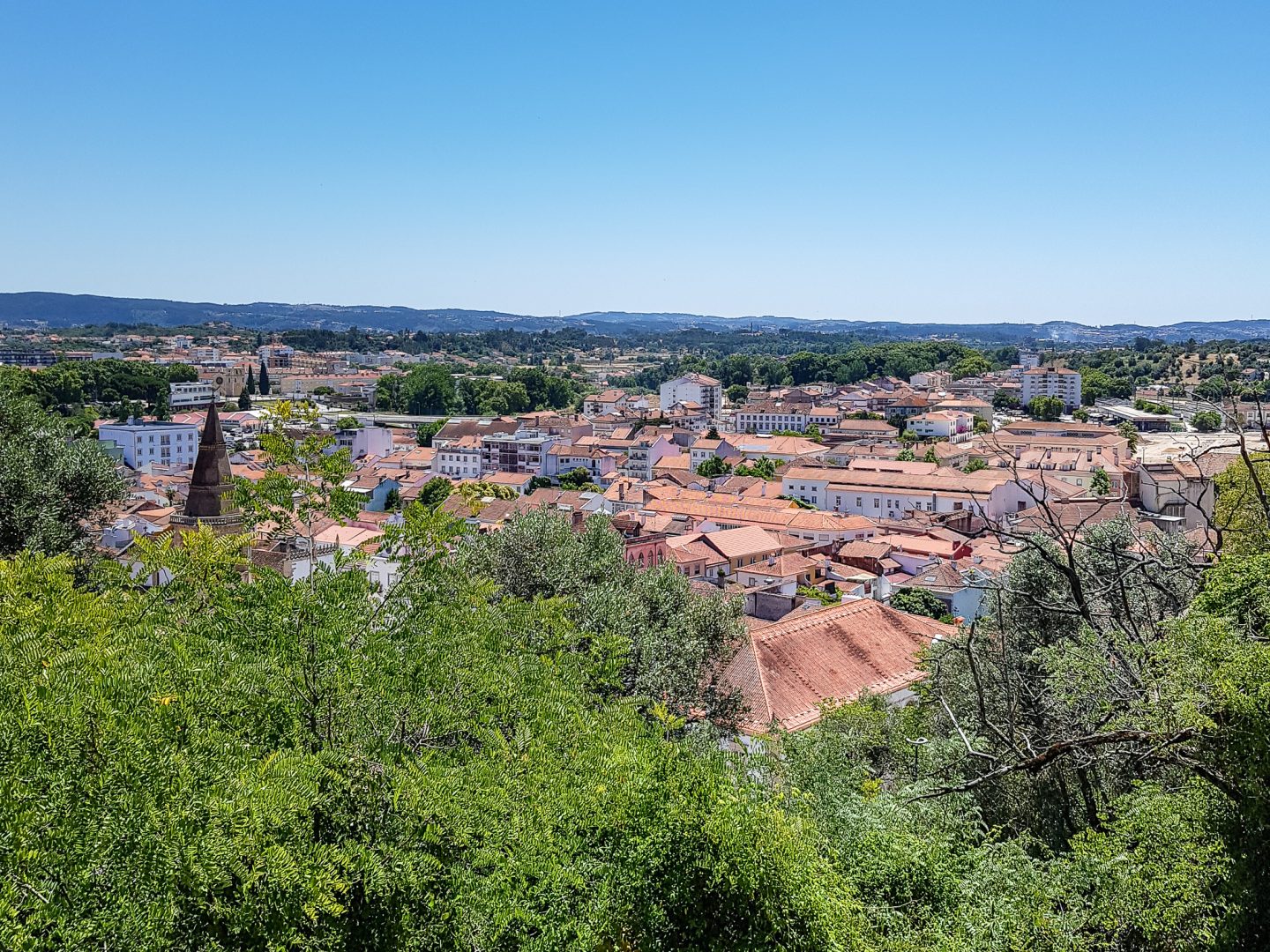 Our first destination after my baby’s first birthday and my Theta course was Tomar, a town in central Portugal that is famous for it’s historical center which is actually an UNESCO world heritage site. It’s been absolutely wonderful to stroll around Tomar and we loved it there; but the weather didn’t allow us to stay more than two days because it simply got too hot. When the temperatures rised up to 38°C, we decided to move back to the coast.

We went to a village close to Peniche and found ourselves in rainy weather at 19°C! Portugal really is crazy with so many different climate micro-zones! We spent a week in Peniche and during this week, my girl decided that she wants to go on vacation with her dad (yes, I know, we live in a motor home … but she wanted a hotel and alone-time with daddy) so they took off for a night in a nice hotel and I was for the first time ever all alone with my boy for 24 hours. We did very well 🙂 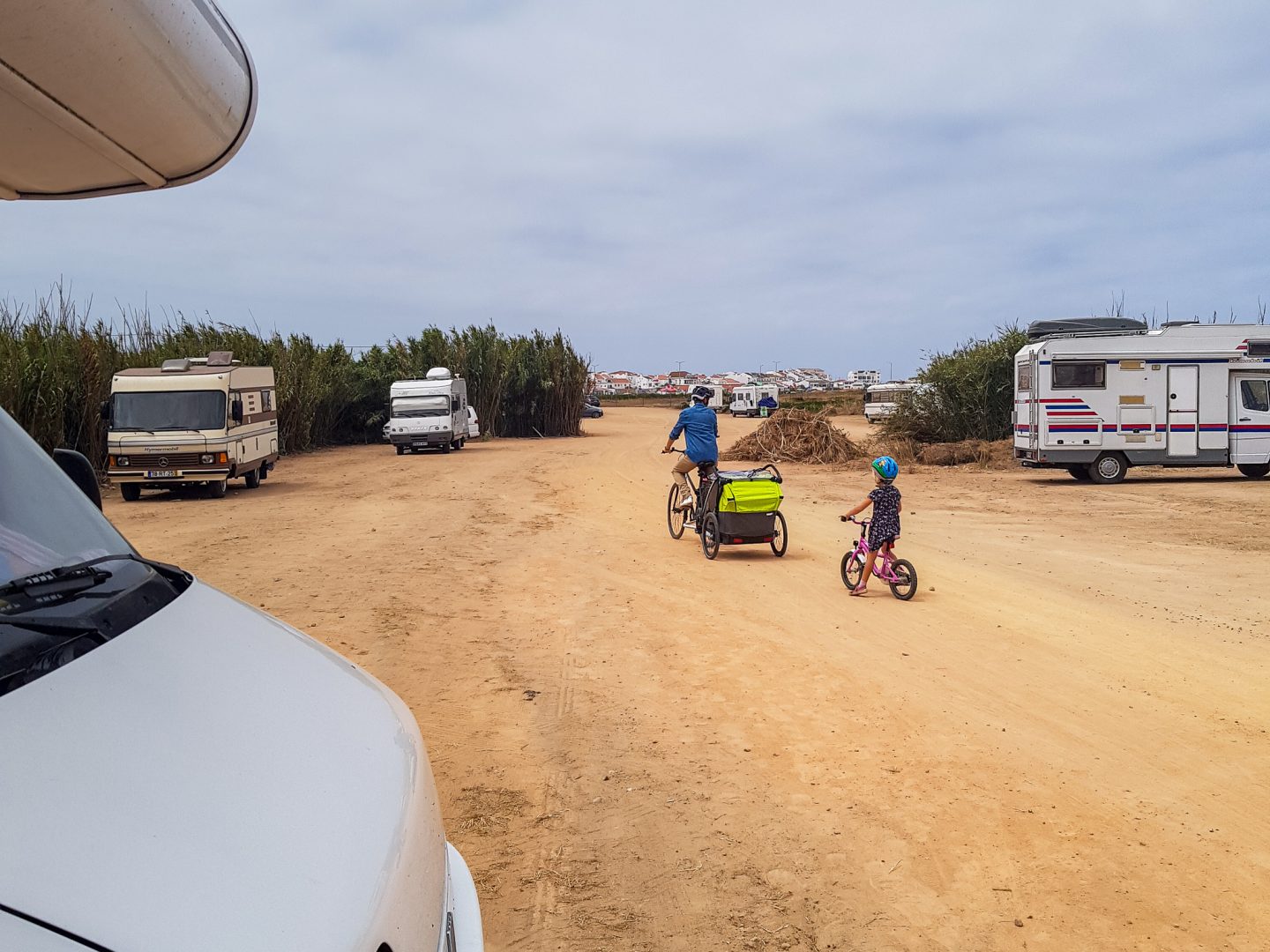 After that week in Peniche we continued our way north. To be honest, Peniche was pretty crowded and we were ready for the quiet beaches the North has to offer. When we arrived some 80km north from Peniche we had an entire beach all alone for us, for the first time in weeks – and we loved it!

After another stop at yet another beach, even further north, we took our motor home to Coimbra; another beautiful city with an amazing historical center. I had one of my best Portugal-experiences here: the side piece of my glasses broke a few weeks back and I went to an optician to ask if it is possible to repair it. He wasn’t able to speak english but I managed to understand that I should come back in some 15 minutes and leave the glasses with him. I did as he said and when I came back 15 minutes later he had inserted a new side piece to the glasses; so I asked what I owe him and wanted to pay. But he just said “bon vacances!” shaked his head, when I wanted to hand over some money, waved and went away. Seriously, you cannot not love these Portuguese people!!! 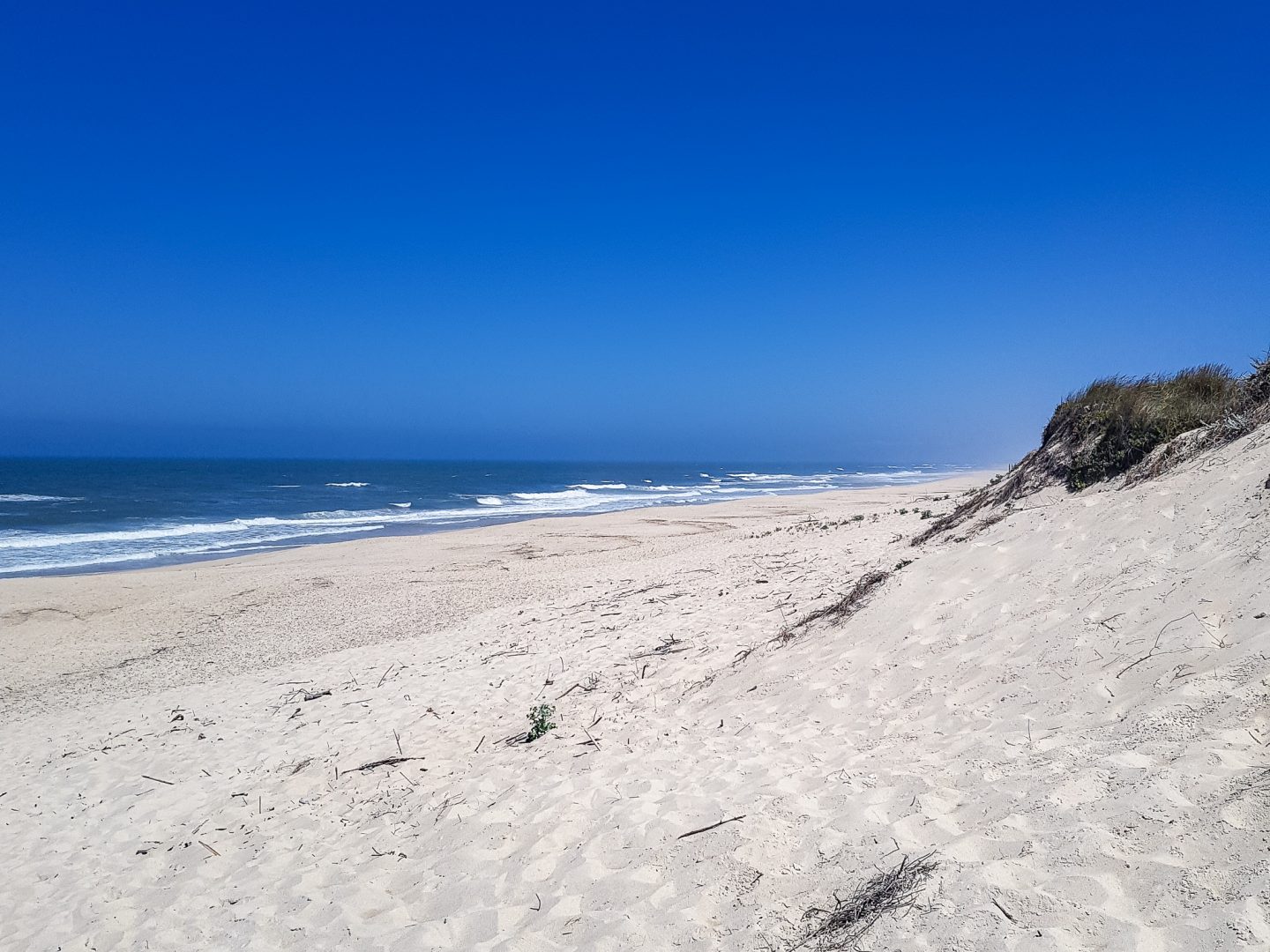 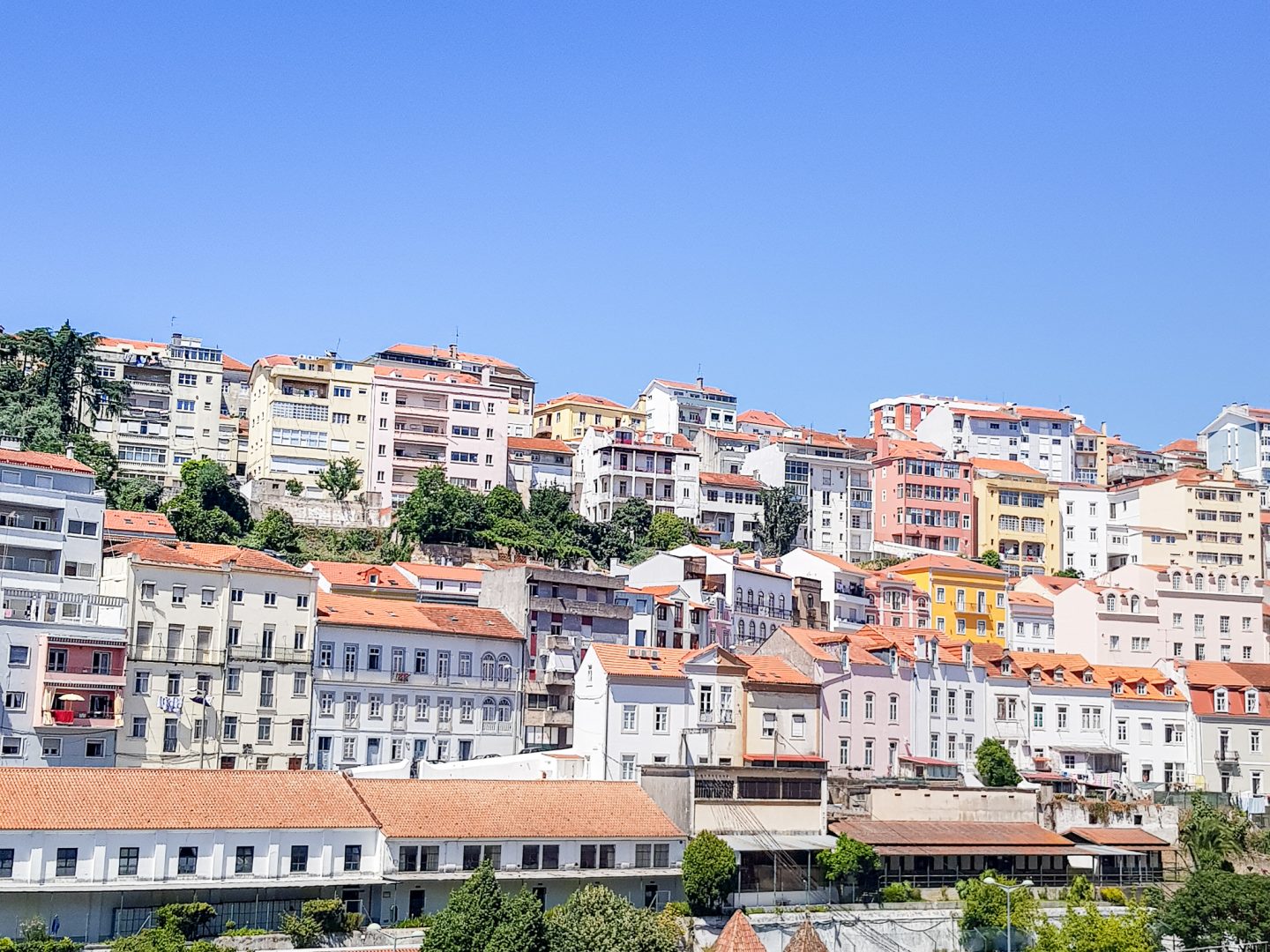 We continued our way North and switched back and forth between coast and the mountains – because it just is very hot in the inland; whereas it’s windy and cool at the Atlantic coast. We stopped in small villages in the Douro delta, enjoyed the view on the green hills and drove along the Douro river for a bit – before we finally hit Guimaraes.

Since we never check a travel guide, we had no idea what to expect from Guimaraes (to be honest; our travel planning is all about finding the best parking spots – so we go whereever we can park in a nice spot and sometimes we find ourselves surrounded by tourist attractions and sometimes in the middle of nowhere… travelling never gets boring this way 😉 ). When we arrived it turned out that we parked directly under the cable car so we decided to take that cable again (again, without knowing anything about where it goes) and we ended up on a beautiful green hill in a magical park full of rocks, tunnels, natural stair cases … pretty much an all natural adventure playground. We had the best time up there!

And we fell in love with Guimaraes. Such a pretty city! Seriously, it’s my favorite from all the cities and towns we’ve been to so far. It has so much culture to offer, the most beautiful houses and small streets, the cable car that takes you within a few minutes in a magical king Arthur wonderland, vegan options everywhere, cute little cafés and shops … we really liked it a lot! 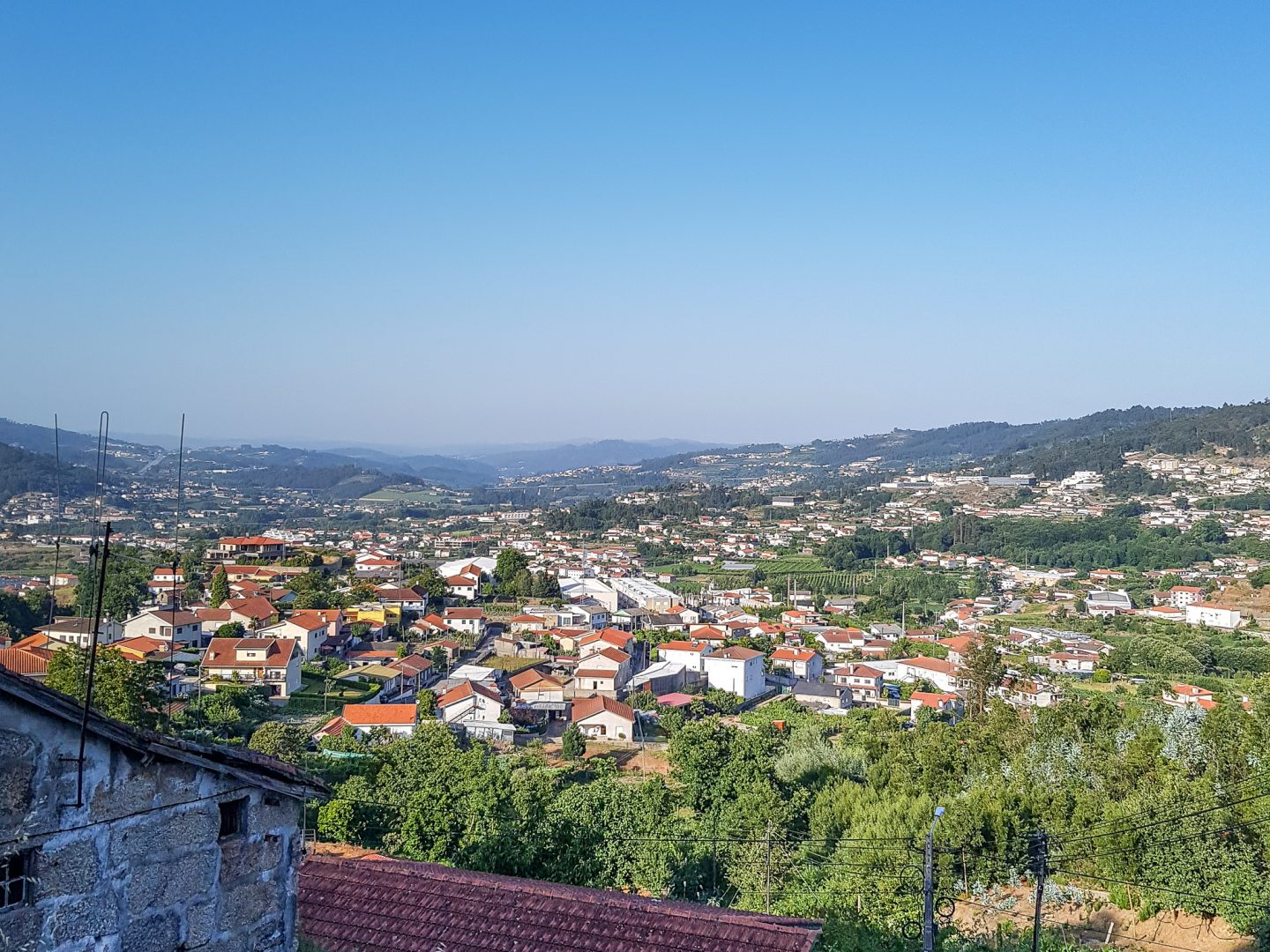 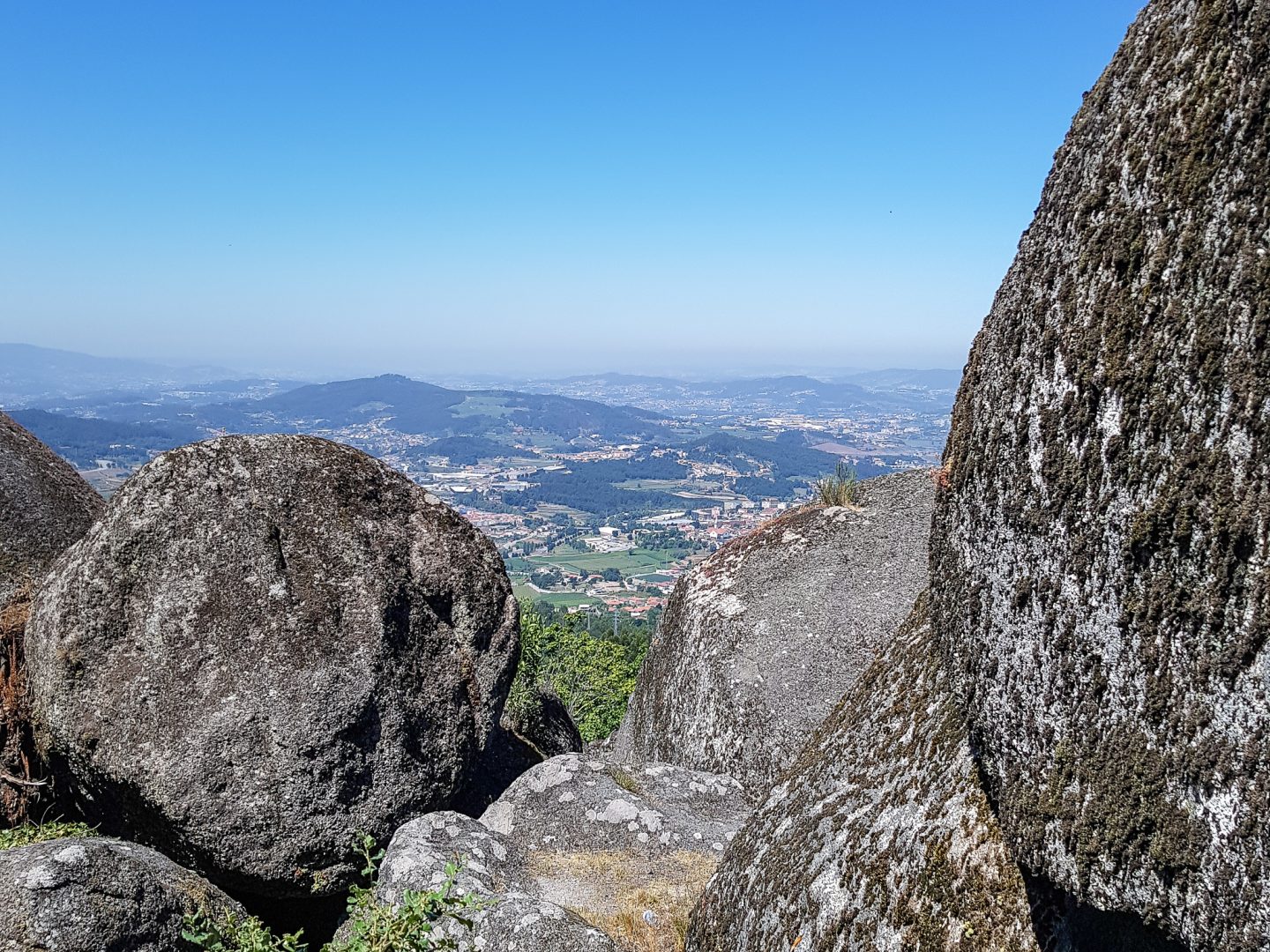 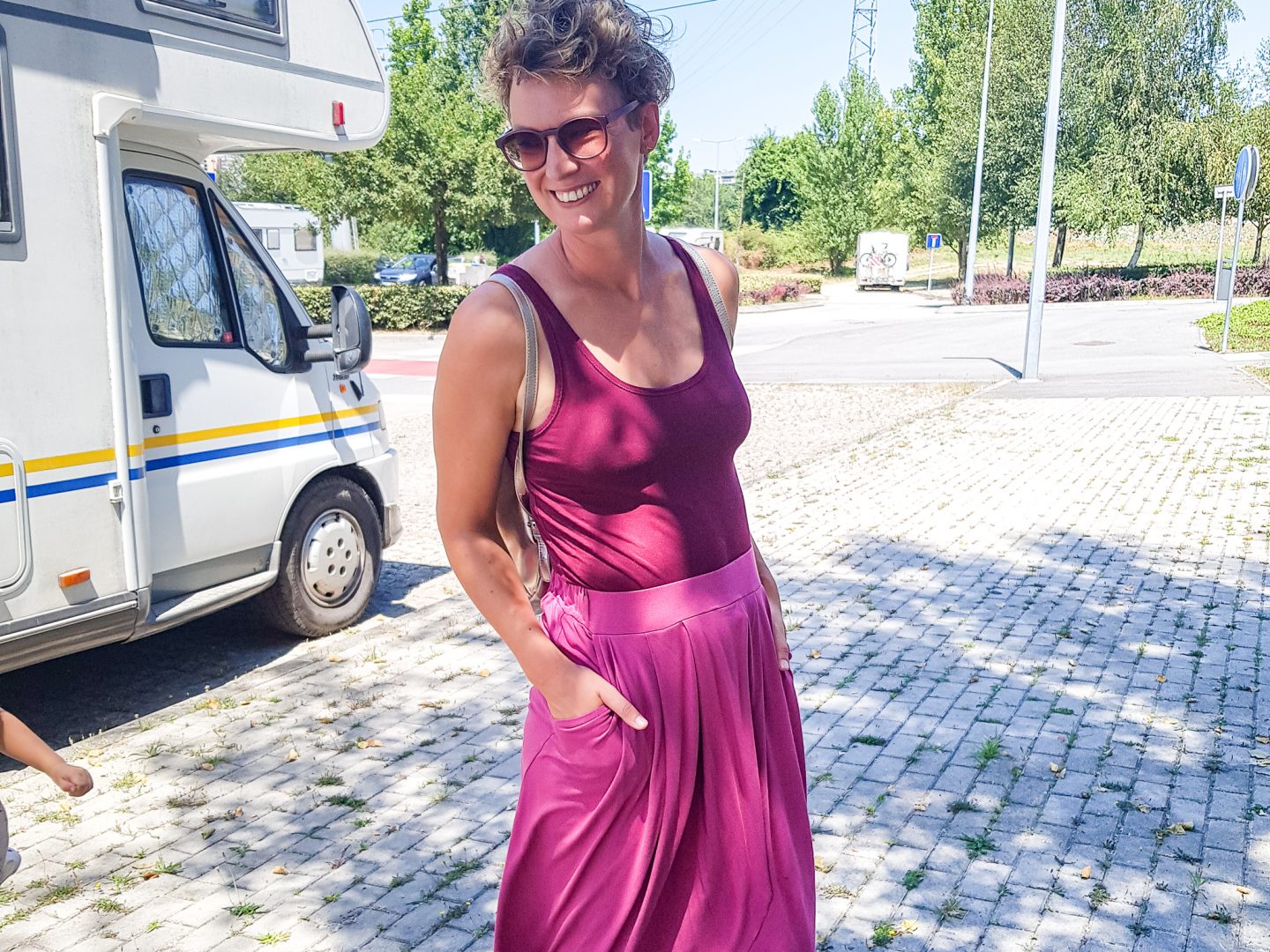 But again, it got too hot. On our way back to the coast we stopped by the famous Citania de Briteiros. A huge iron age village; the biggest in Portugal from what I’ve read. Almost 3000 years old and in such good conditions! The village impressed me quite a bit; everything was already so perfectly organized back then – the streets, the arrangement of the houses …

While we’ve been there, we played that we lived the houses and just played our daily life in the iron age; and once again I thought about how much better kids can learn when they travel and experience things instead of reading about them in a school book. 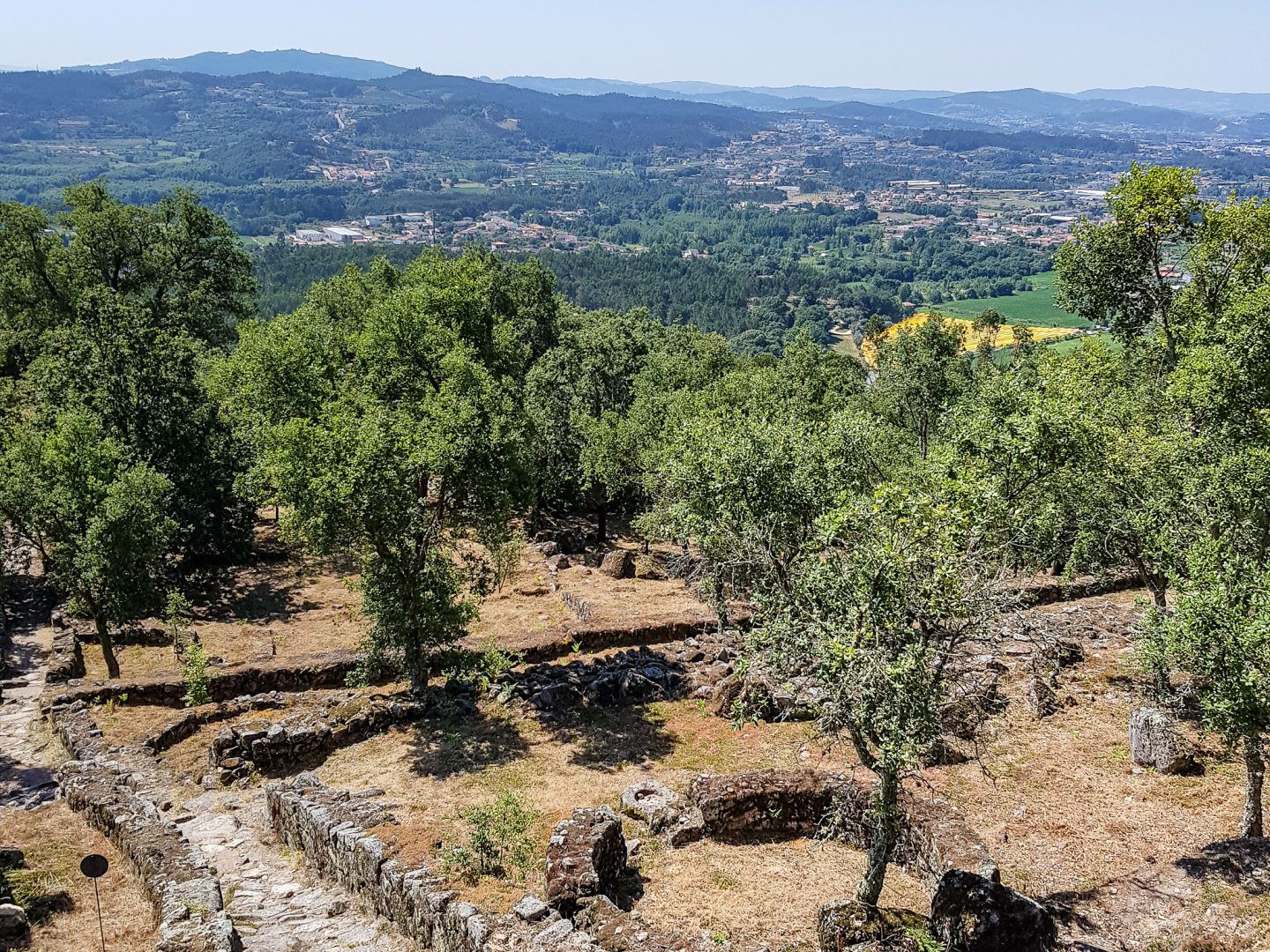 And then, finally, we were back at the beach. This time in the Esposende area.We parked at this really nice beach with small “basins” all over the place during low tide. The water in the basins get really warm and it almost feels like laying down in a bathtub when going in there. The kids played two hours NON STOP in the water. I did too. It’s been so fun!

And gosh, how much I am going to miss this! In only two month from now, we will be back in Germany and … phhwwww … yes, there are some things I am looking forward to. But I do feel SO SAD about leaving! I know, I can always come back (and I will) but still. This one year has passed way too fast! 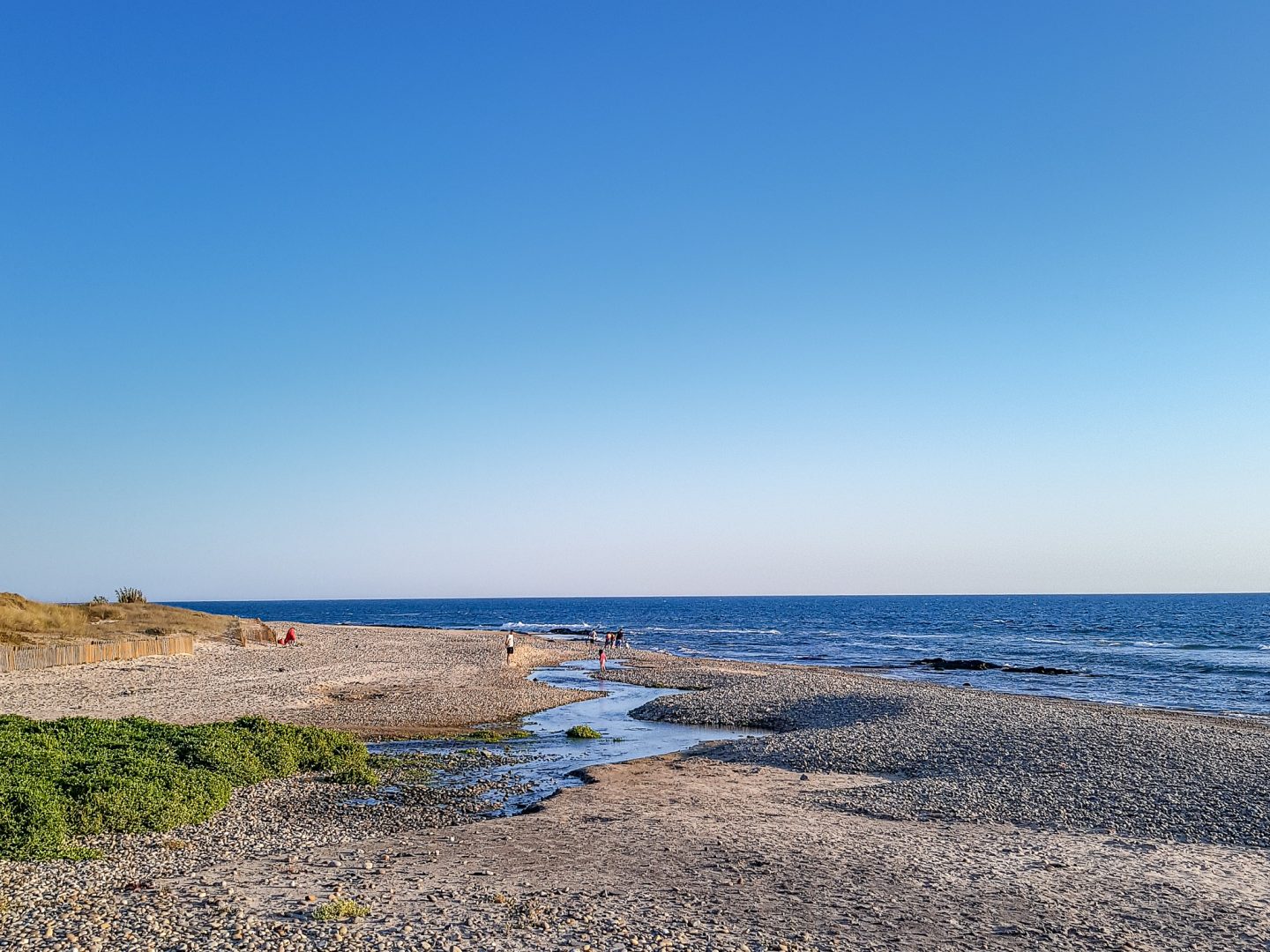 Yes, I’ve been away from home this long before; when I was sixteen I lived for ten months in France, later I went for six months to Ghana, for six months to Paris, and for another six months to the USA. I always enjoyed my times abroad but I always wanted to come back home. This here is different; I am with my family, I feel at home in our car and I am just not really sure if I want to come back AT ALL!

But we will; we want to at least see what it feels like to be back in Germany. Maybe we will love it!? And if we do not, we will hit the road again. Who cares, right!? I just go with the flow and things will turn out amazing!