Can you believe it’s been more than seven months since we moved into our motor home? Where did time go? Ever since the fifth months on the road it feels like time is just flying. Today I am sharing a little recap of our seventh month on the road; the story is all about Corona and how the virus changed our vanlife. 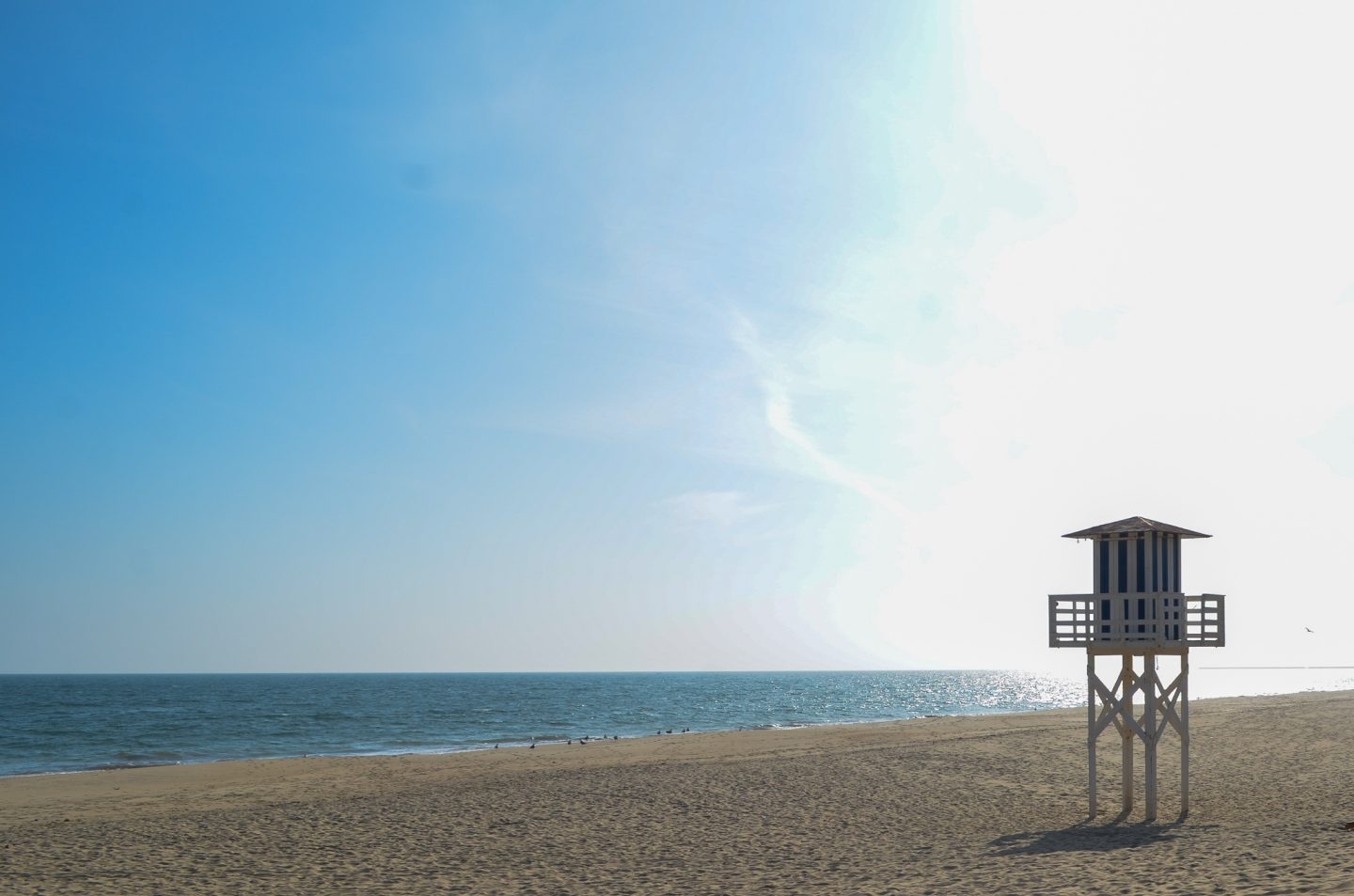 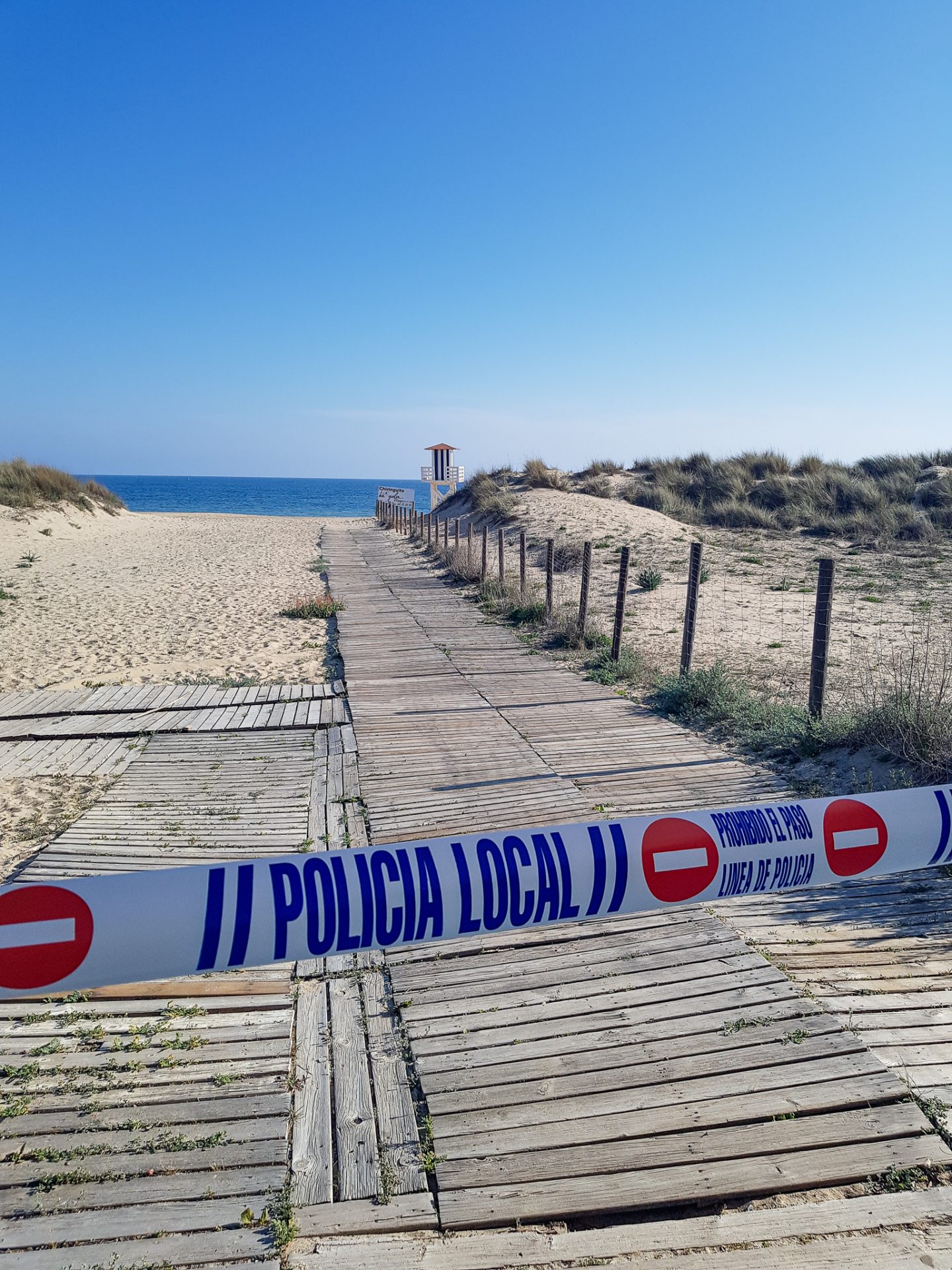 Our seventh month on the road started on March 14 and has been the most emotional month of our journey so far! A month filled with uncertainty, farewells, and fear. It was on March 14 that the police came to our beach spot in Isla Christina in Spain and told us that we have to leave as they are closing down the entire coastline. By that time, we thought it is only about closing down the beaches and we were thinking about going somewhere in the mainland to stay there. However, we somehow had a feeling that staying in Spain isn’t the best idea (thank you intuition!) and since we were very close to the Portuguese border anyway we decided to just move over to Portugal as long as the borders are still open. By that time, it was said that the border will close on Monday and it was Saturday night that the police told us to move. So we went very early the next morning (Sunday) and passed the border without problems. As we were travelling with a friend with a somewhat broken engine, we decided to move no further than to the first nice beach behind the border. We found a really nice spot next to a pine forest and decided to stay there for a while; we had no idea how things would continue from here so we thought it’s better just to stay here for a bit and wait and see. Also, it was obvious that we were allowed to park here as we the police drove by several times and greeted friendly; so we felt safe and were just grateful for having a little bit of a quiet time. 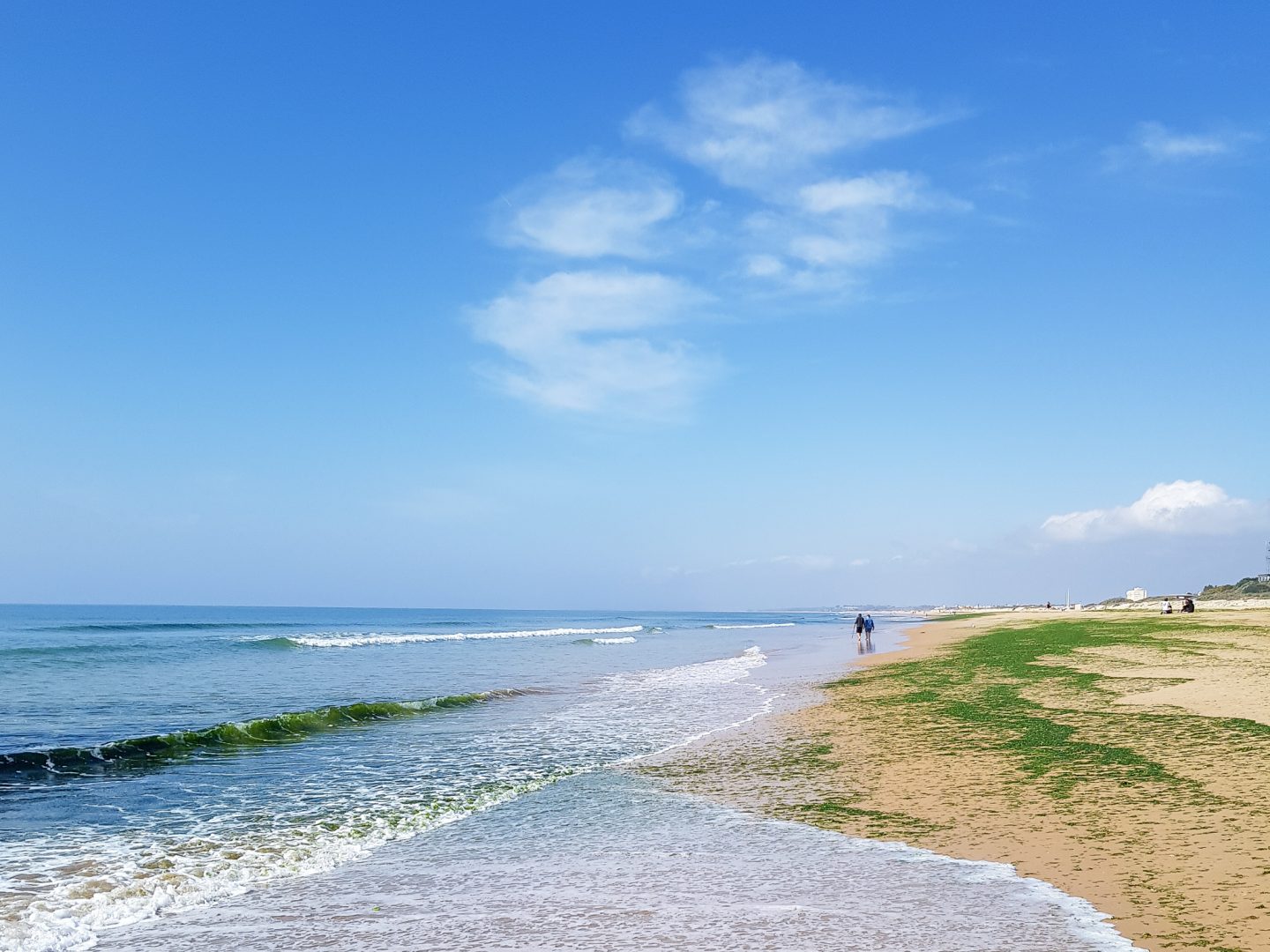 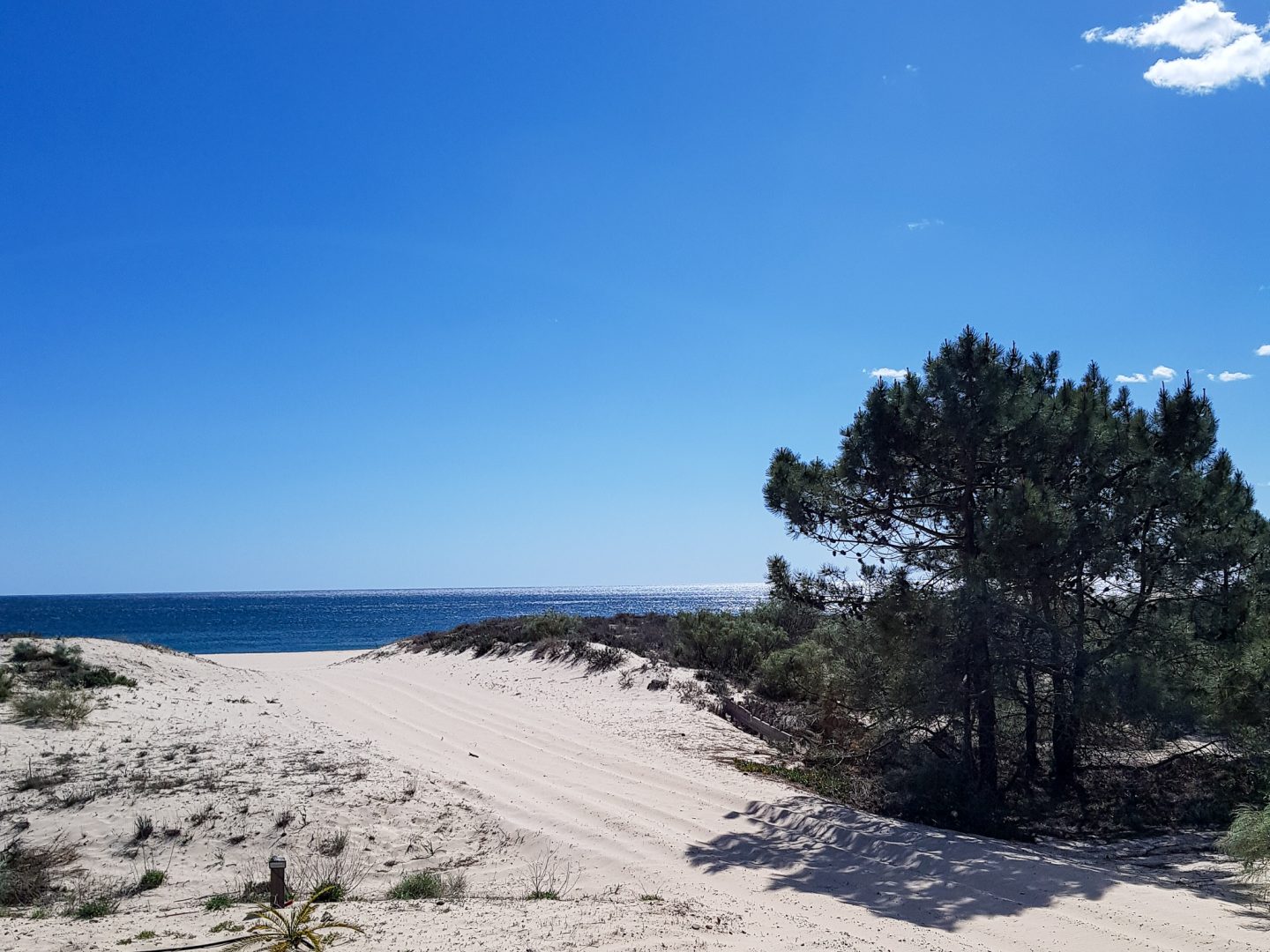 We stayed there in Altura for some ten days and had a wonderful time; it was nice to had found a spot with both forest and beach where we could go for walks through the pines or at the beach. I really felt like I could stay there forever; I loved the place! It was also fun how I felt like “at home” the moment we entered Portugal. We’ve been in Spain for four months and no matter how beautiful an area was, I never really felt like at home, I never felt like I wanted to stay forever. However, the first place we went to in Portugal made me already feel like staying. We just love Portugal. Anyway. Let’s continue the story. 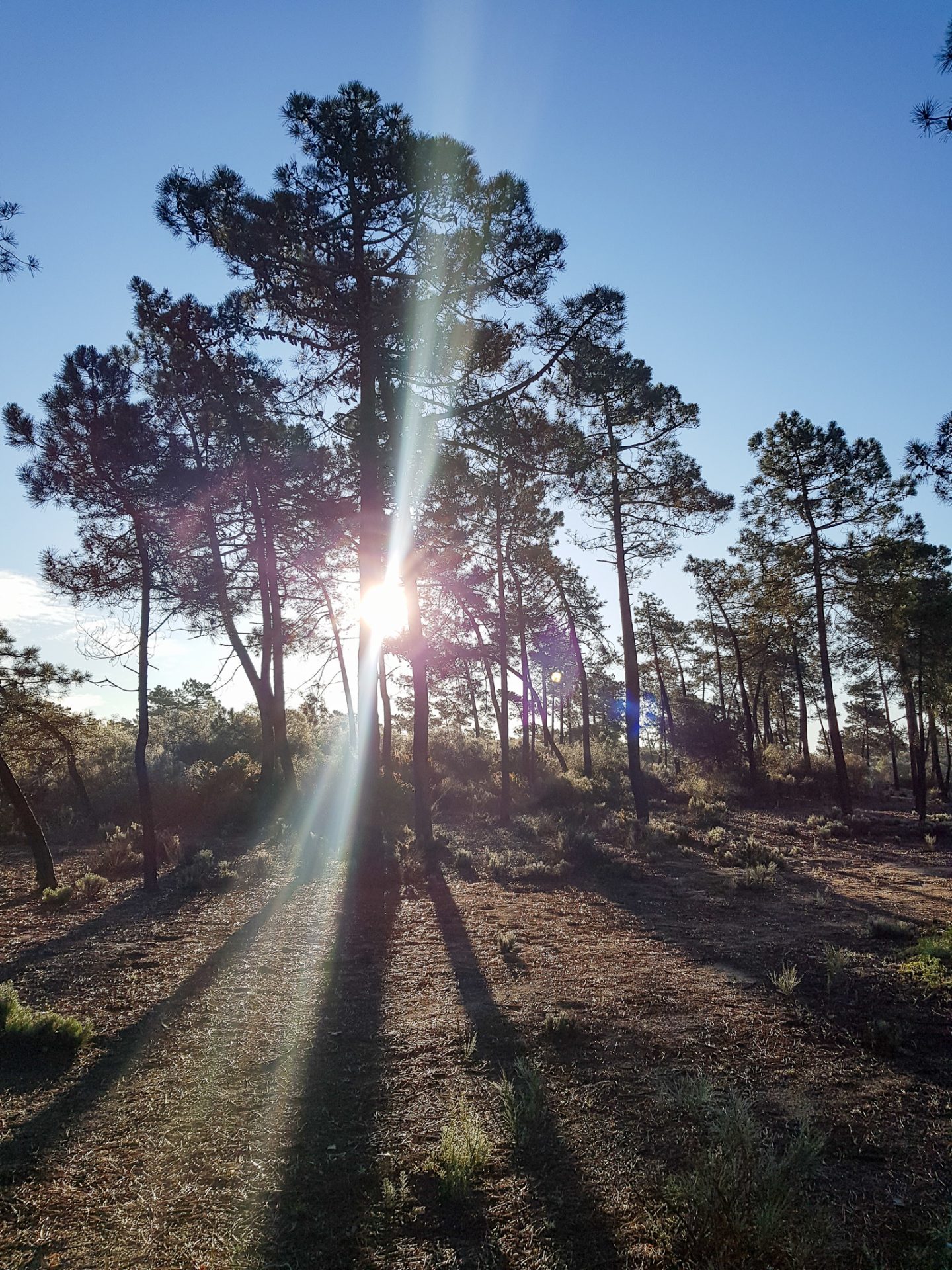 No matter how nice it was to stay there in Altura, we all knew that the day would come where we had to move on – somewhere. More and more of our friends went back to their home countries; something that wasn’t an option for us. Since Spain and France were on Lock Down by that time, we wouldn’t be allowed to drive through these countries in our slow pace; especially in France you were only allowed to take the highways and stop at motorway parkings for the night. Absolutely impossible for us, travelling with a baby and for a max of three hours driving per day. Also, we had no idea where in Germany we should go; we don’t have an apartment we could have returned to and even if we had; thinking about being trapped somewhere in an apartment made my belly hurt a lot! And finally, it was pretty clear that the Lock Down would not be just for a few weeks which would mean that going back to Germany would have meant to actually being trapped in Germany! Not being able to travel outside of Germany for maybe the rest of the year (or longer) made us feel very uncomfortable. So it was pretty clear for us that we were going to stay in Portugal, no matter how. We didn’t mind staying for a few months or even for a year; depending on how long it would take for things to calm down again. 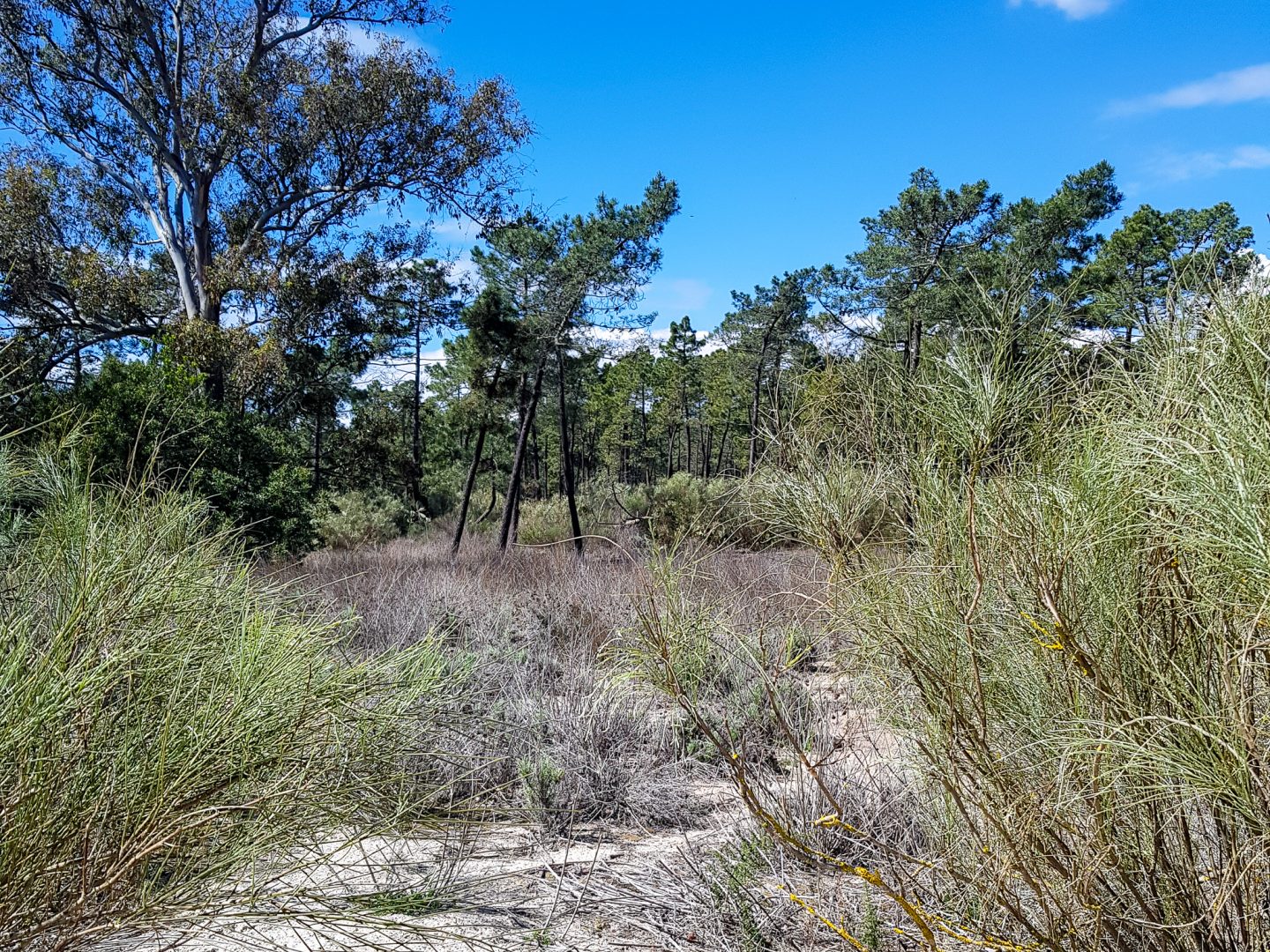 Anyway, saying goodbye to friends and living in a constant state of uncertainty wasn’t the easiest thing; it felt a little like living in a bubble of joy that could explode every second. We took advantage of every day, consciously enjoyed every walk at the beach, fully felt the sand under the feet, the waves coming and going, our friends being around – all while I still had to finish my book and eventually ended up postponing the deadline to two weeks further, as I simply wasn’t able to concentrate under the given conditions.

It was on March 24 that the police stopped by to tell us that we had to leave the country by the end of the week – or move somewhere on private property where we could stay. We all knew this was coming but it hit us hard anyway. For two days we did nothing but planning, talking to people on the phone, thinking back and forth, and looking through the options we had. We had many: moving into an apartment of a family member (which meant moving out of our home!), moving to private ground of a friend (who was living there with some other people that we didn’t know!), moving to private ground of a family we didn’t know (which was super far away), moving to private ground where there were loads of other people (we love it quiet) … so many options and none of them was quite perfect. 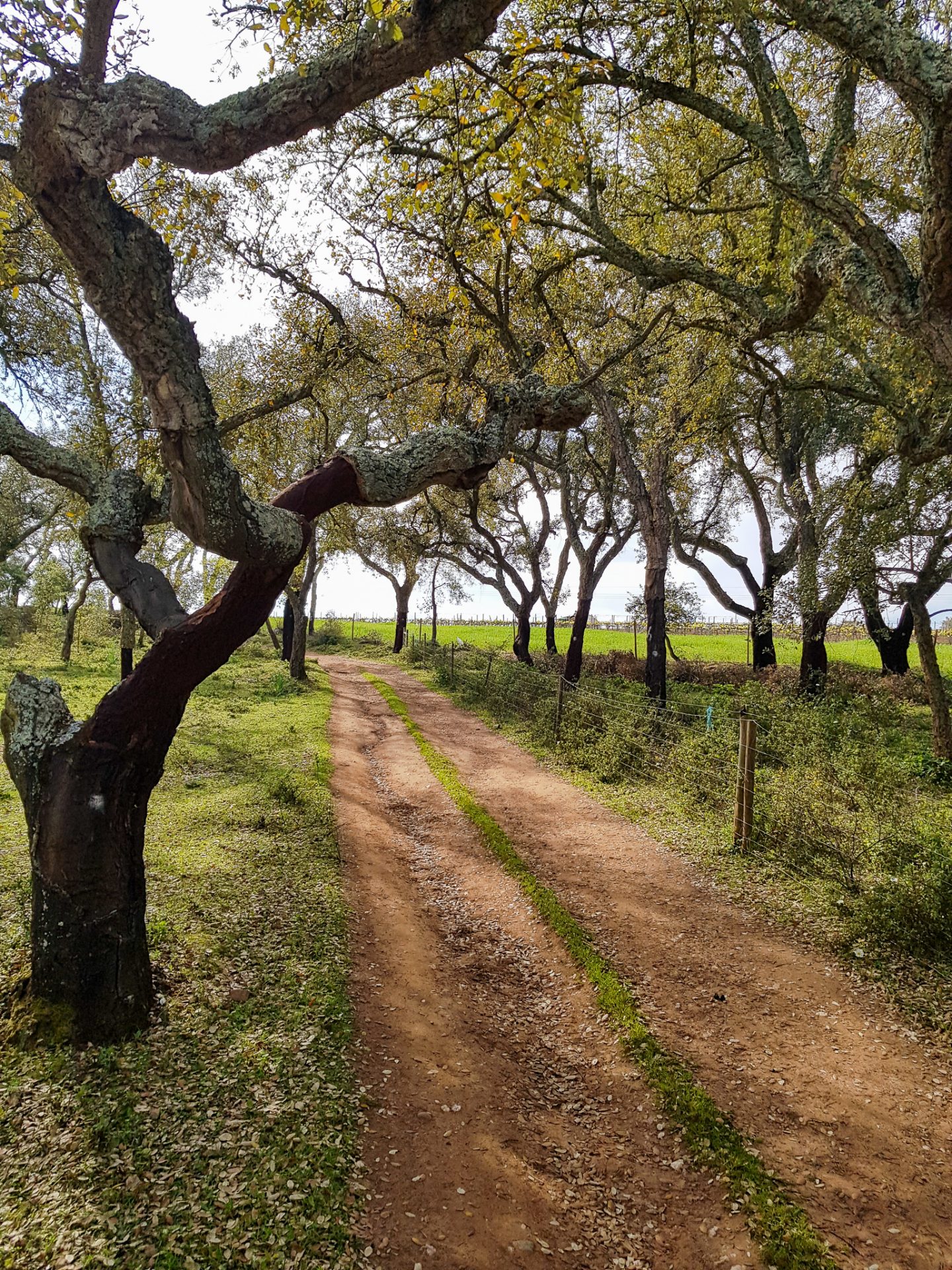 Finally, two days later, we left; we said goodbye to our friends and drove to the private ground of a friend where we stayed for two nights before continuing our way to the private ground of the family we didn’t know (we connected through Instagram). It’s been a tough and long drive and we were very exhausted when we finally arrived. Not only because of the long drive but also because of everything that had happened in those past two weeks: the constant uncertainty of what was happening next, saying goodbye to friends we had been travelling with for a while, saying goodbye to the beach, and, most importantly, saying goodbye to the freedom of travelling wherever we felt like going. We knew that now we weren’t able to move for a very long time. 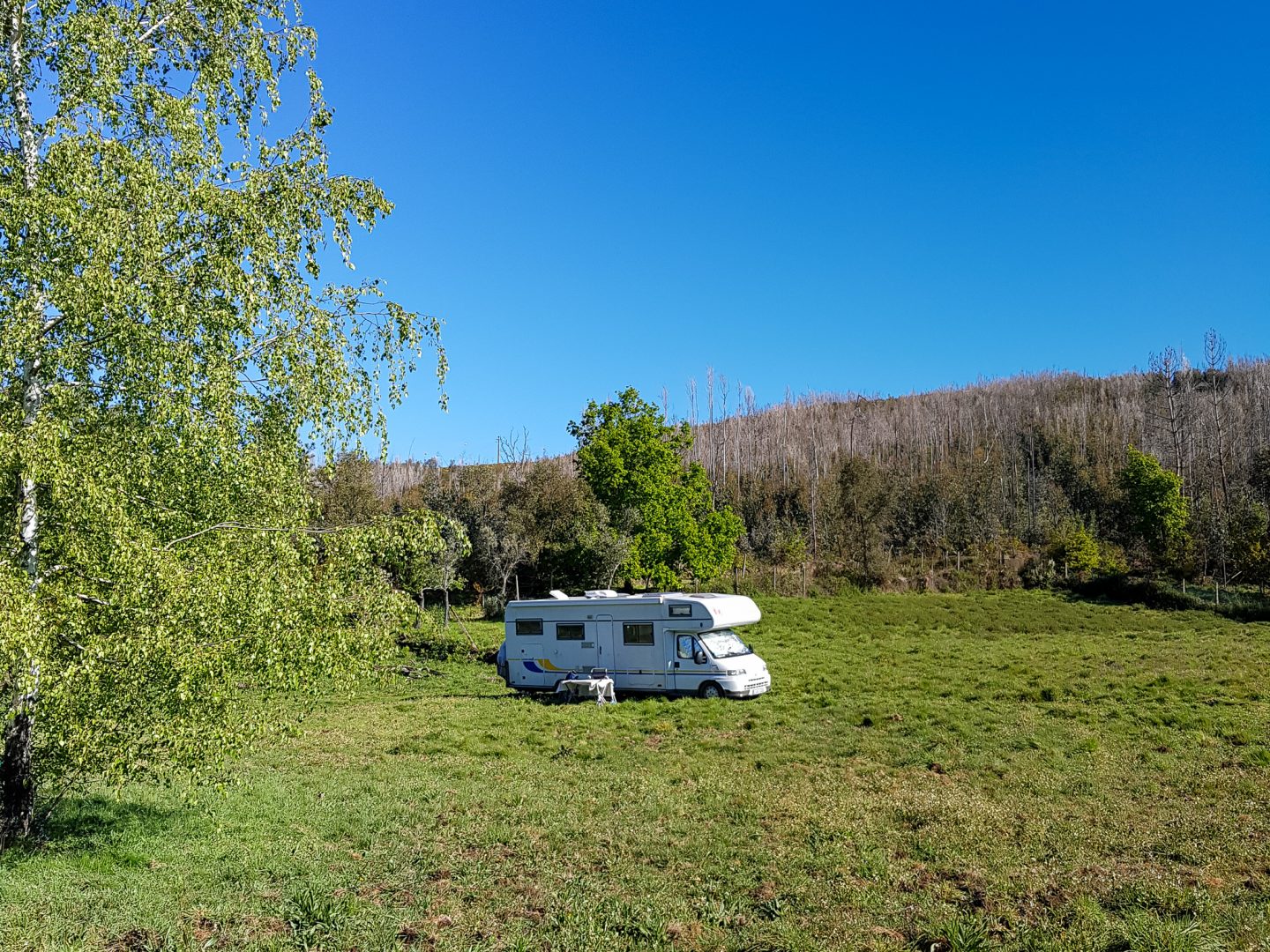 I was struggling big times the first few days in our new home. It was raining, there was no beach around, I missed my friends, I only slowly started realizing that we might be stuck here for two months or more, and I had a very hard time getting adjusted to all of this!

However, with the end of our seventh month of living in a motor home, I actually felt very good; I began to enjoy being in one place, having everything we need around (water, electricity, laundry, even a compost!), I enjoyed the quietness of the place, the time we suddenly had, finally finishing my book (which I handed in the last day of our seventh month on the road!), spending so much time with my kids and husband, the security of the place; knowing, that we could stay here for as long as we like, calming down, relaxing the mind. And this is how we feel now: at ease, relaxed, and just very grateful for spending every day in nature, for having time, for calming down our minds, and for having the head free to make new plans, talk about the past months, and getting back in touch with our inner values, beliefs, and needs, reconnecting with nature, just being in the present moment. Enjoy.

When Corona hit us, I got afraid; like many of us. However, not for a second I was afraid of catching the virus and being sick. I was not even afraid of family members getting sick. The only fear I had was that I might have to go back to Germany. I was so afraid of having to leave our motor home and our vanlife! And I am so grateful that I didn’t have to do so – and to be here in beautiful Portugal in nature now. To still live in our motor home, to spend our days outside. To still be free to some extent; yes, we cannot move our motor home around, but we can take the car to explore the area, we can go for walks, we are surrounded by nature!

Let’s see what I am going to say after our eight months on the road, but for now this is how I – how we – feel! 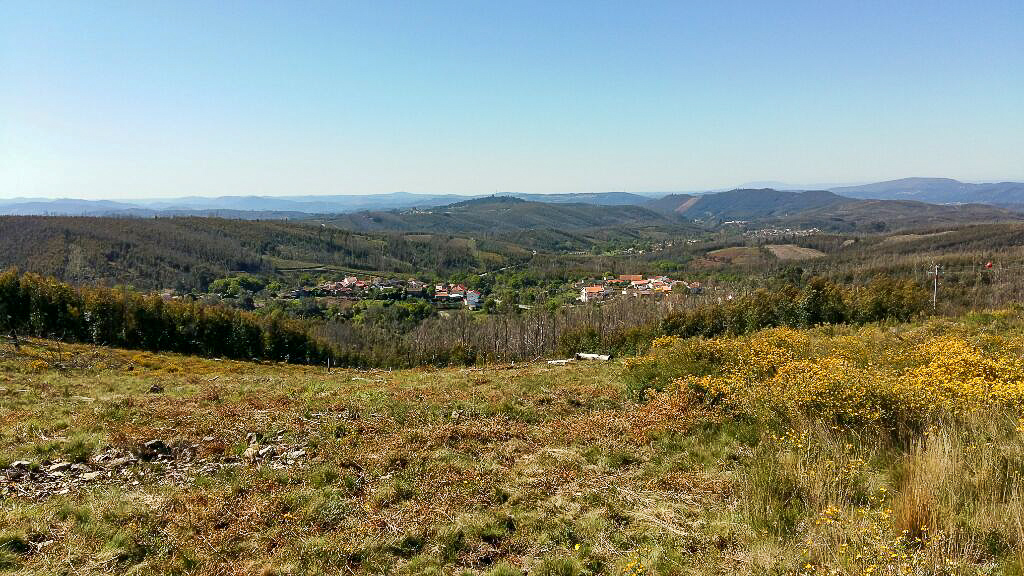