And then it’s been nine months! Nine months of travelling Europe as a vanlife family of four living in a almost 20 year old Euramobil. And how are we doing over here? How are things in post-lock down Portugal going on? That is what I am going to share in today’s recap!

Our ninth month started off perfectly; we were back at the Portuguese West coast taking beach hopping very serious: we’ve been hardly ever driving as many miles as we did in our ninth months on the road and we hardly ever saw that many different places. We drove almost every other day (sometimes we even only stayed one night in one place) and we enjoyed it to the fullest to stop at different beaches all along the West coast and later on the Algarve.

Believe it or not but we went to more than 15 different beaches in five weeks! I know it’s a little crazy but after standing still for five weeks (during corona lockdown) we absolutely wanted to explore as much as we can! 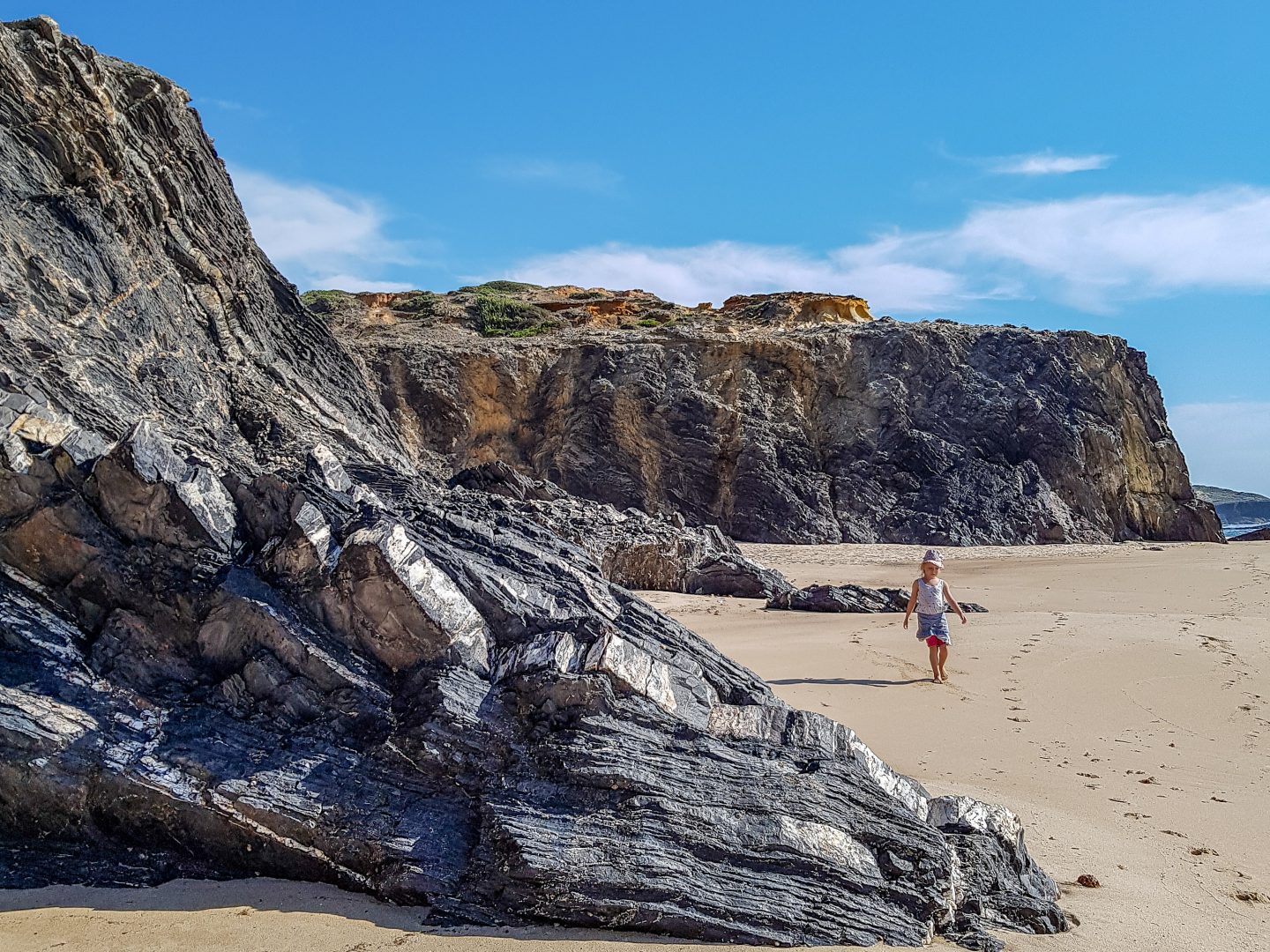 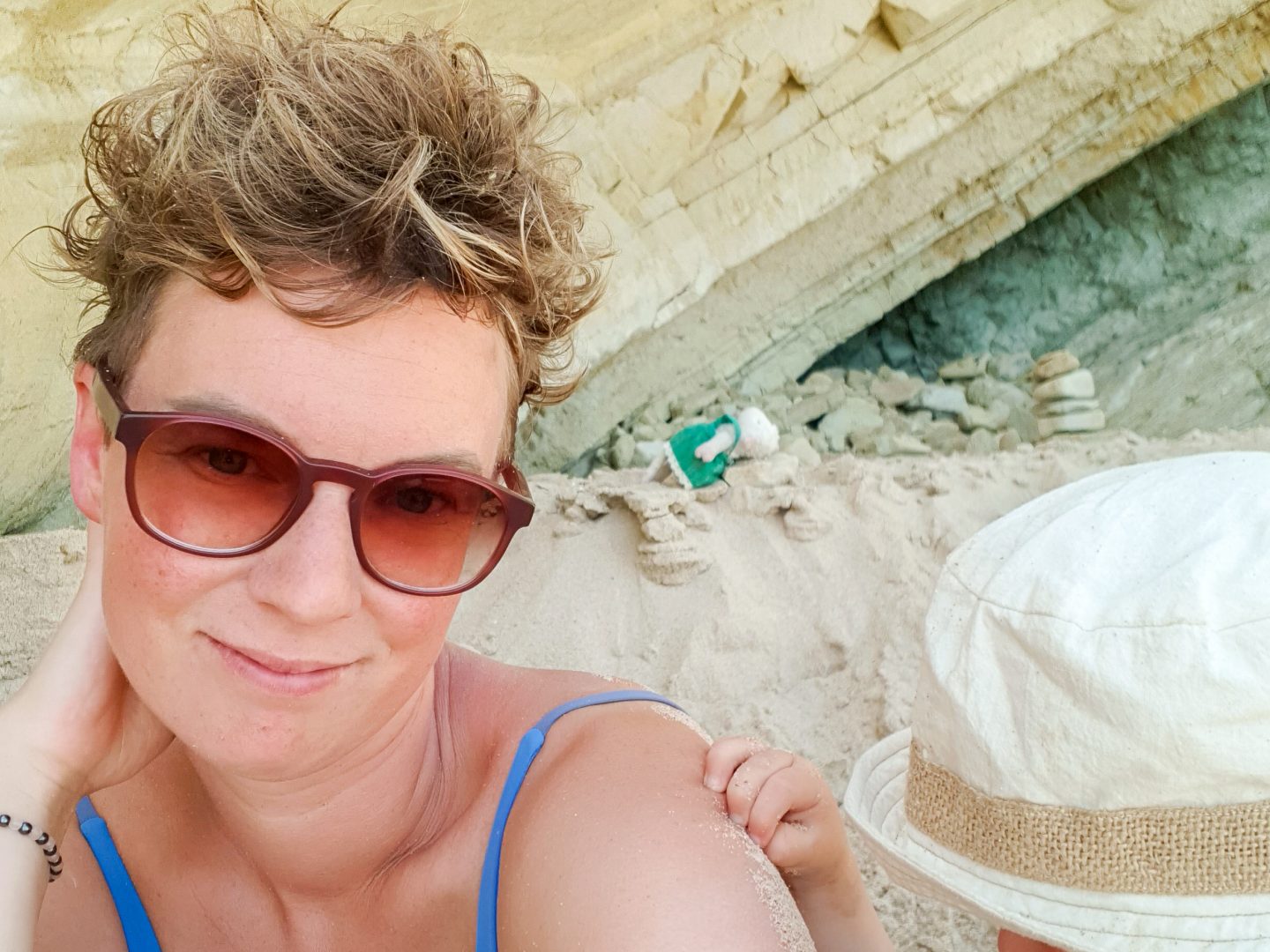 We were also back together with our friends that we had to leave during the lockdown and it just felt so good to spend time with those. We started into our nine months at the West coast and slowly went our way down. I actually shared another blog post on our favorite beaches in Portugal where you can learn a little more about out top five spots from the past five weeks.

After driving down the West coast we went to explore the Algarve and went all the way south to Faro. After a quick stop in Faro we drove all the way back down the Algarve coast and visited Sagres; Sagres became one of our absolutely favorite places of the entire trip so far! We loved the small town but even more the two beaches: the south coast beach which is mild, warm and friendly and only a few meters away the west coast beach which is wild, colder, and rougher. Sagres really is an amazing place with a very special atmosphere. 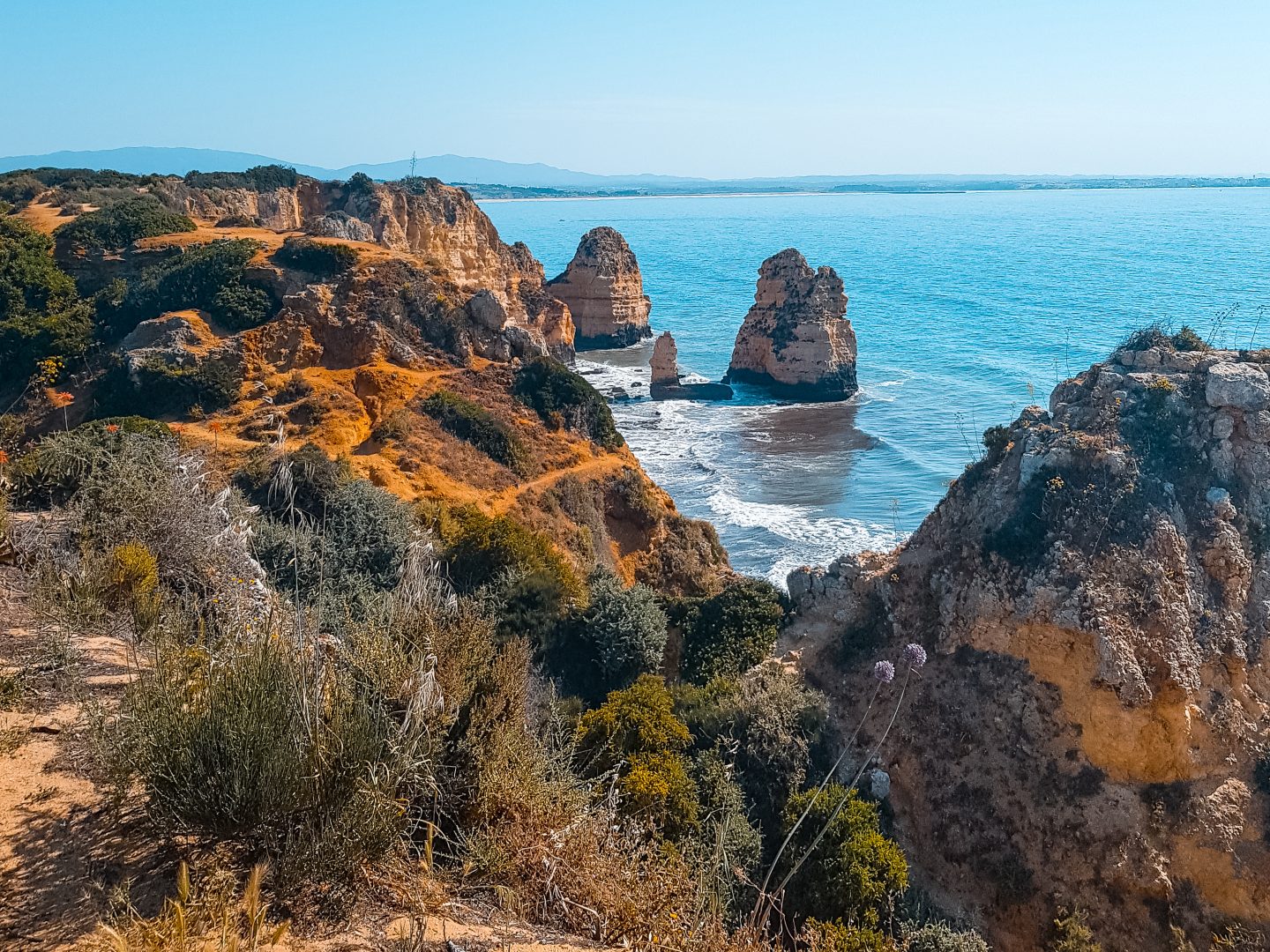 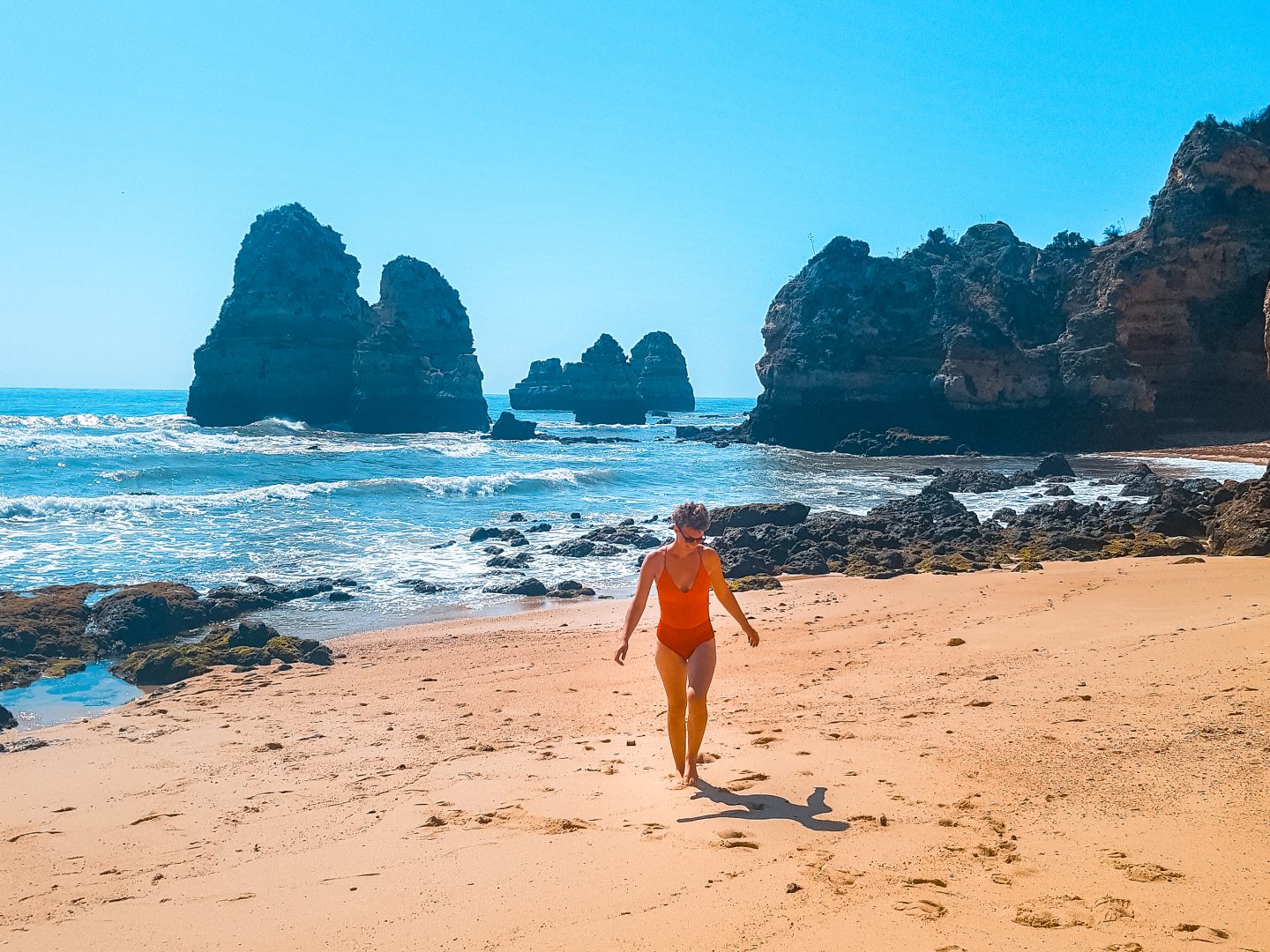 We’ve been very lucky by the way; on May 15 a new law was implemented in Portugal which prohibits overnight parking at the coast. With the beginning of June, the police started checking all parking spots alongside the coast and fined more than 93 motor home owners in only two days!

They got us as well but we were only warned (in a very friendly way) and didn’t get fined. However, this made us change our travel strategy and from there onwards we parked on official motor home aires instead of regular car parkings. Usually, at this time of the year it would be very difficult to find a parking on an official free aire, but because of Corona we’ve been well off and easily able to find some really nice spots. 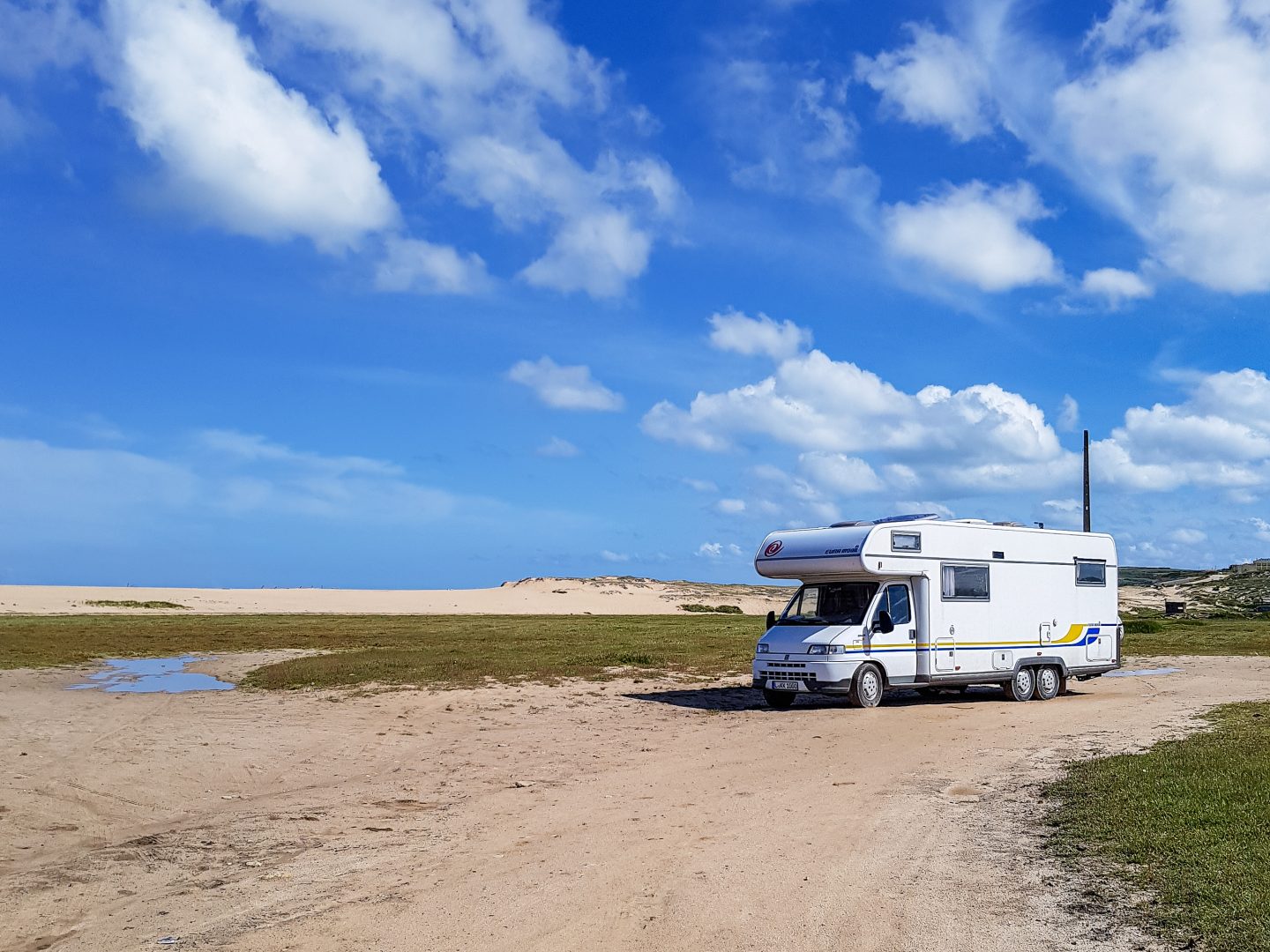 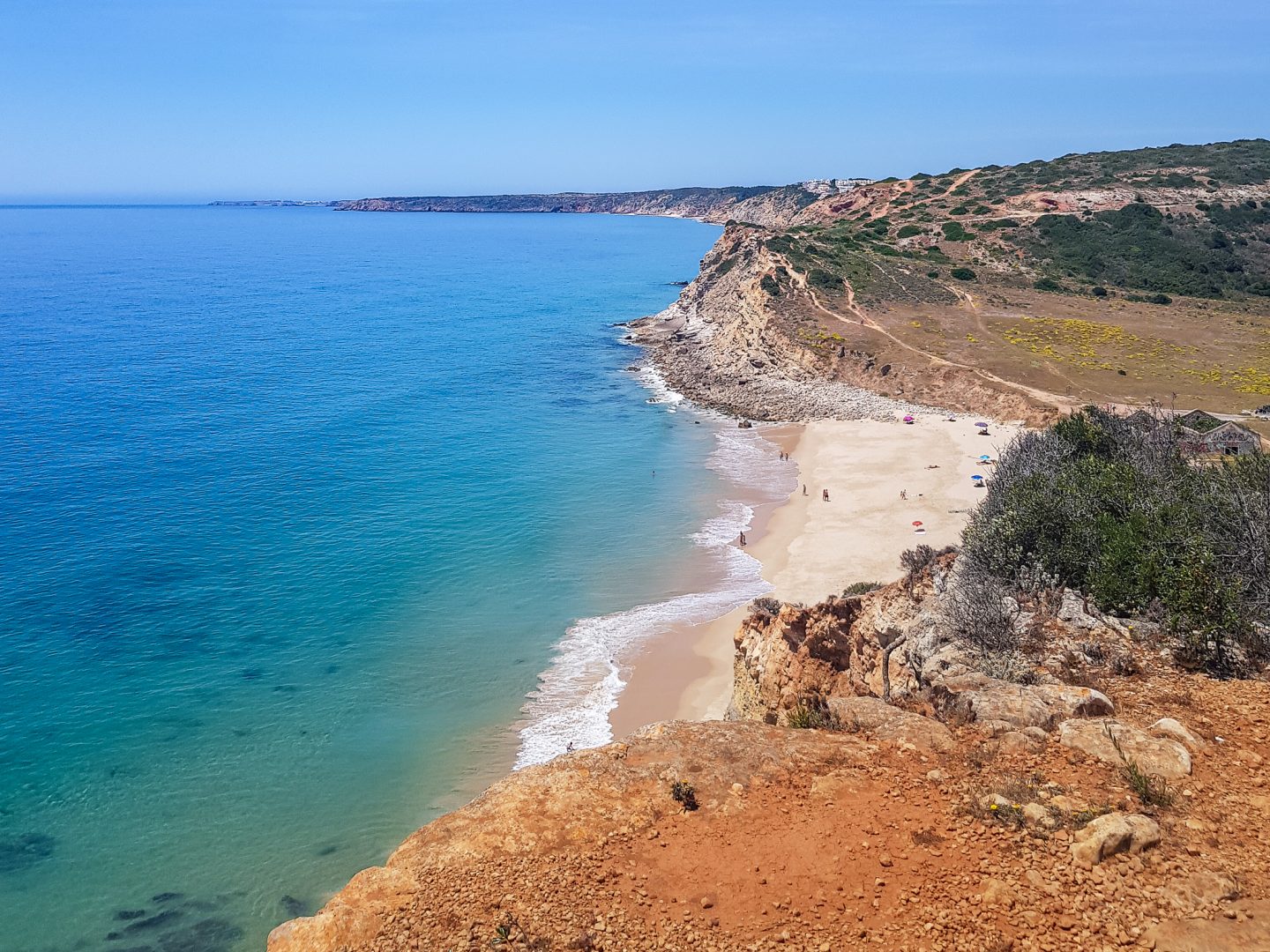 During our ninth month, we actually travelled that much that I hardly had enough time for work and since I had quite some work to do anyway, I often spend the nights working. This again led to the fact that my husband and I had hardly any couple-time and we really started to miss some more quiet days after all this driving and beach hopping!

So with the end of our ninth month, we went back to where we had spend our corona-lockdown-time in central Portugal. On our way back we made a few really nice stops: at lake Santa Susanna, in the small town of Santiago do Cacem, and in Fatima. I have to admit that Corona-Portugal is actually pretty nice, because even touristy places are very quiet at the moment. Like Fatima, one of the most important catholic pilgrimage sites … we’ve been there almost all alone! 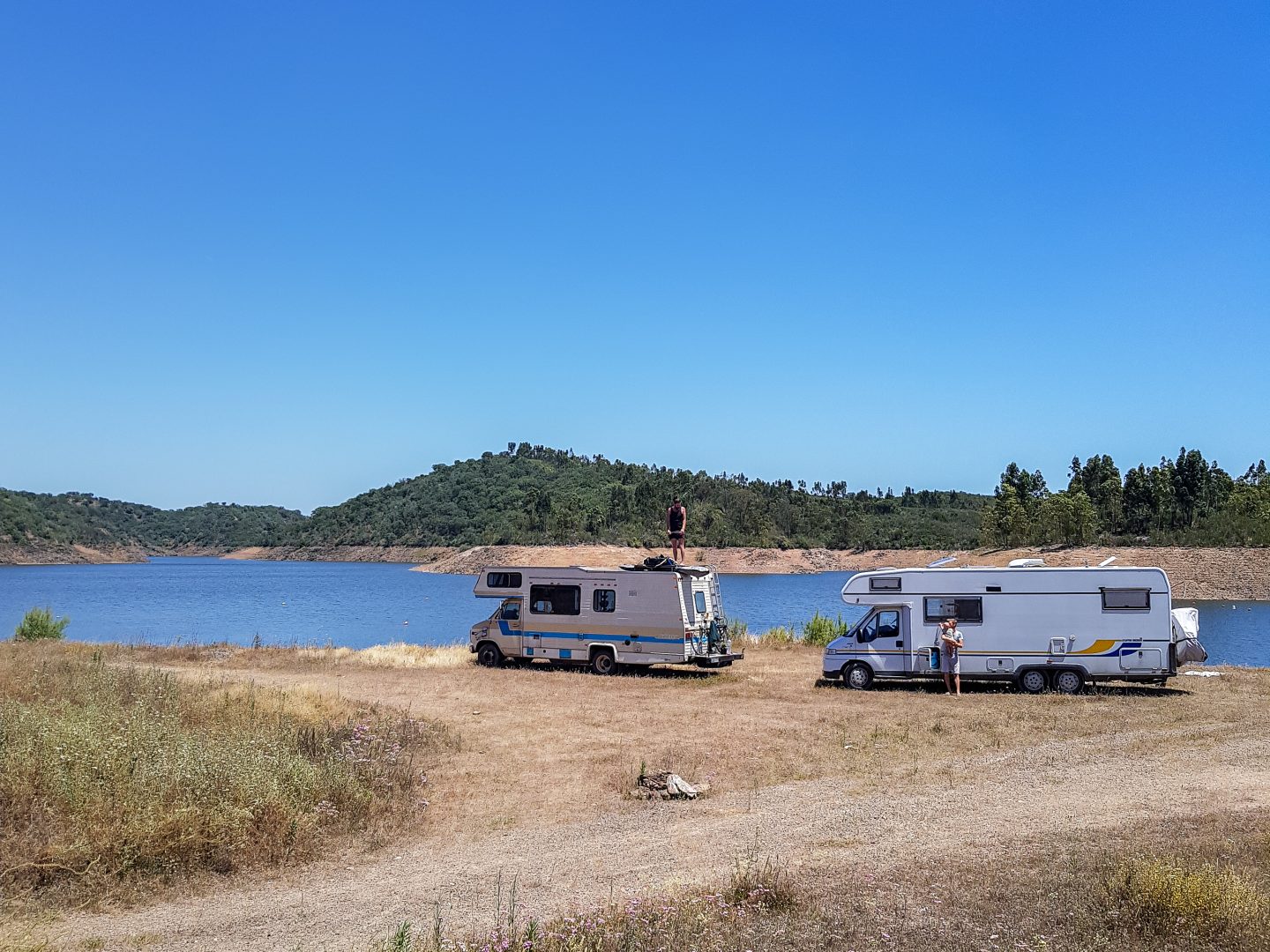 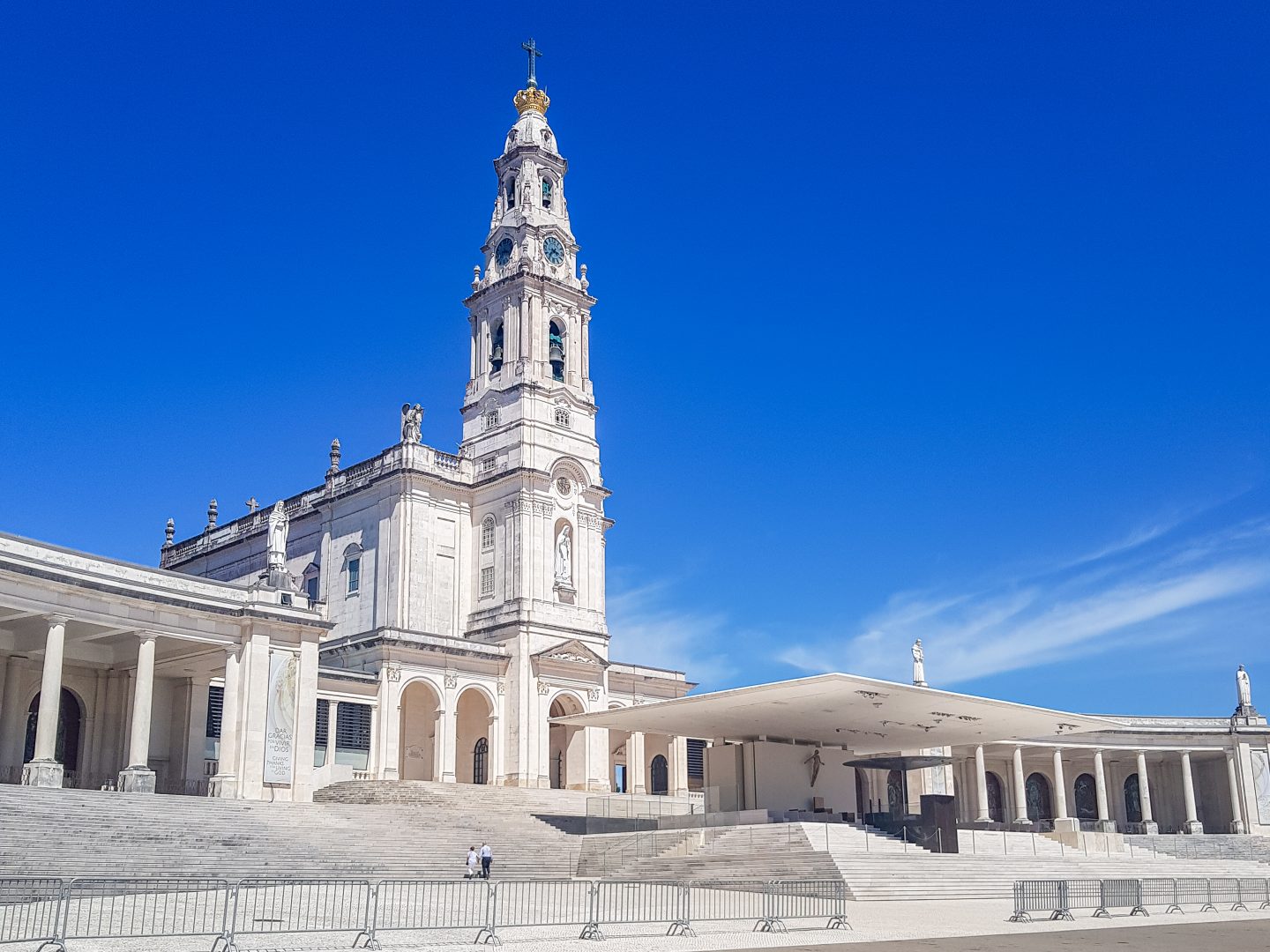 Well, and now we are here in central Portugal again, taking a break, slowing down … and getting ready for our way back to Germany! Yes, in around three months from now, we plan to be back there! Three months seems way too short for the long way back but I think we will be able to make it 😀

Have you been to Portugal? Are you a vanlif family as well? Where did you go and where did you like it best? Let me know here in the comments or on instagram!