And then it’s suddenly been eight months on the road! Wow! Our eight month started off with us being trapped in our corona exile and ended with us being more excited than ever to drive around beautiful Portugal!

The first few days of our eight month on the road have been full of rain and wind and cold weather and we were sliiiightly tired of it. Initially we thought that when we enter Portugal we would be travelling around the southern coast and enjoy some nice beach weather – but then we ended up in central Portugal where it was raining nonstop. We got all confused about the seasons, as we had very warm and sunny weather from December to April (in Spain) and then some heavy rain and cold temperatures in April and early May! It felt like Fall arrived and not like Summer is around. So there was quite a bit to get adjusted to: the weather, the fact that we couldn’t travel around anymore, the fact that we had NO IDEA how things would continue and when we would be able to travel again. I personally thought that we would have to stay on private property for two months, but in the end it’s been only five weeks. 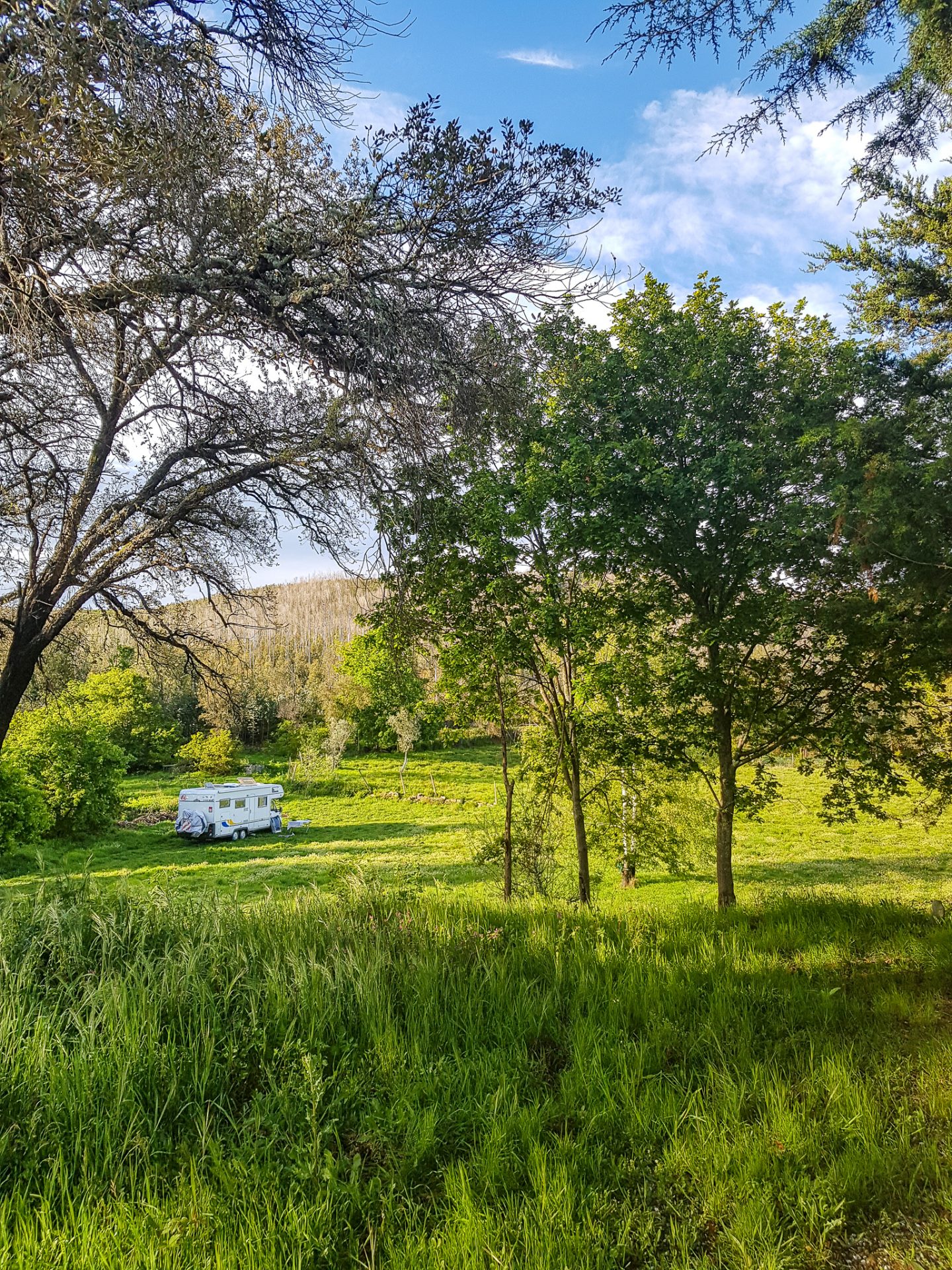 The first two weeks of our eight month, we didn’t move anywhere and made the best of our situation: I found time for yoga and meditation every day, we enjoyed having electricity to use our vitamix on full speed (it does not run on full speed in the motor home), we made plans, my husband built us a dry toilet (something we wanted to have in a long time already), and we baked loads of cookies and muffins.

But then we reached the point where we felt, that it was time to move on. We actually went through different phases during our quarantine; first we missed being free A LOT, then we accepted things the way they were and really enjoyed the calm life, then we got homesick for the road again and absolutely wanted to travel again (during this period I once made a short trip to a nearby river by car to get a change of scenery), then we reached the point here we thought: oh it’s not too bad anyway, we could just stay here forever. At this point though we realized that we had to leave; in order to get back to the road at all; otherwise we would maybe just get stuck there forever – something we didn’t feel like was the right thing for us at this moment.

So we hit the road again! 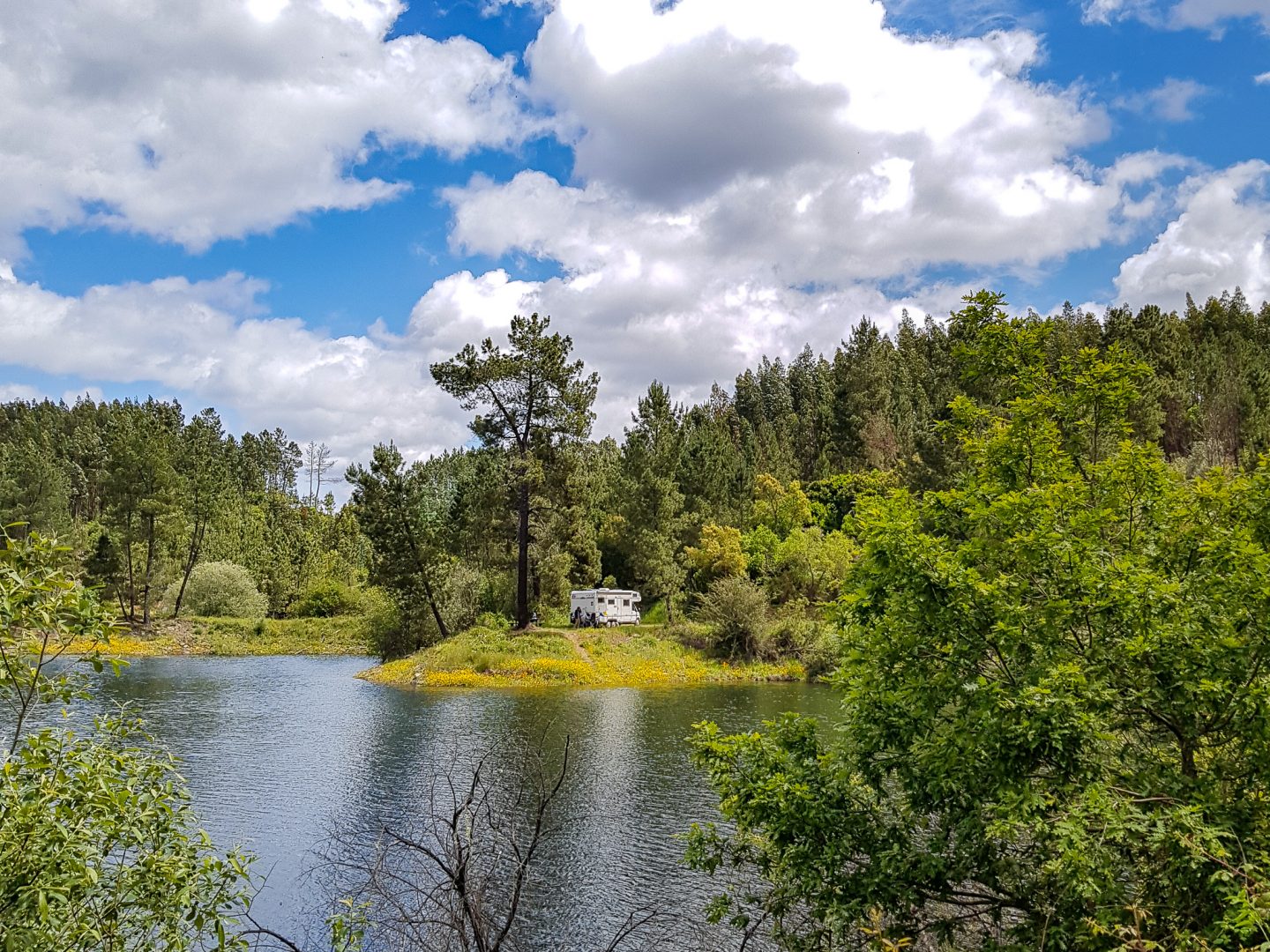 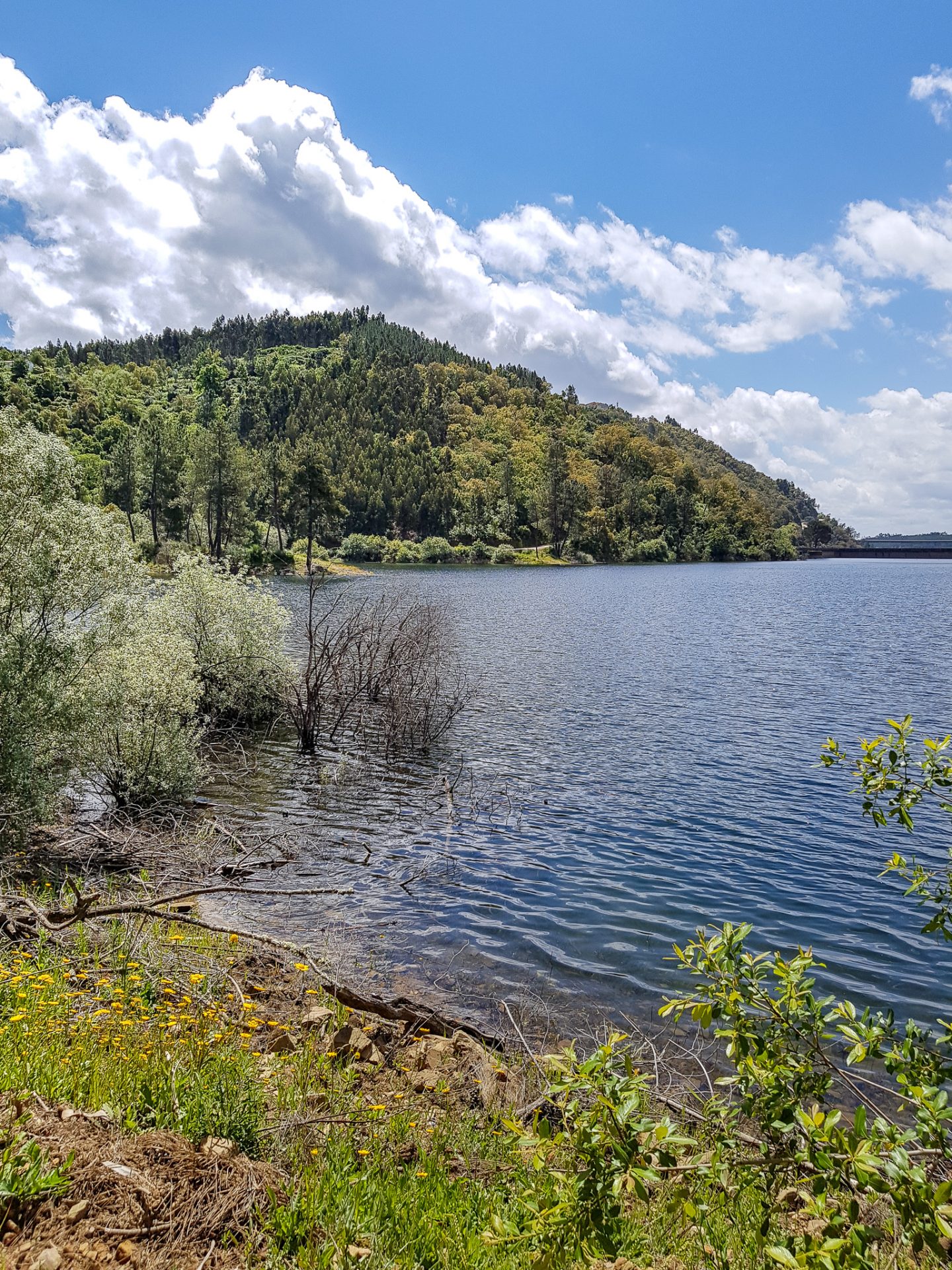 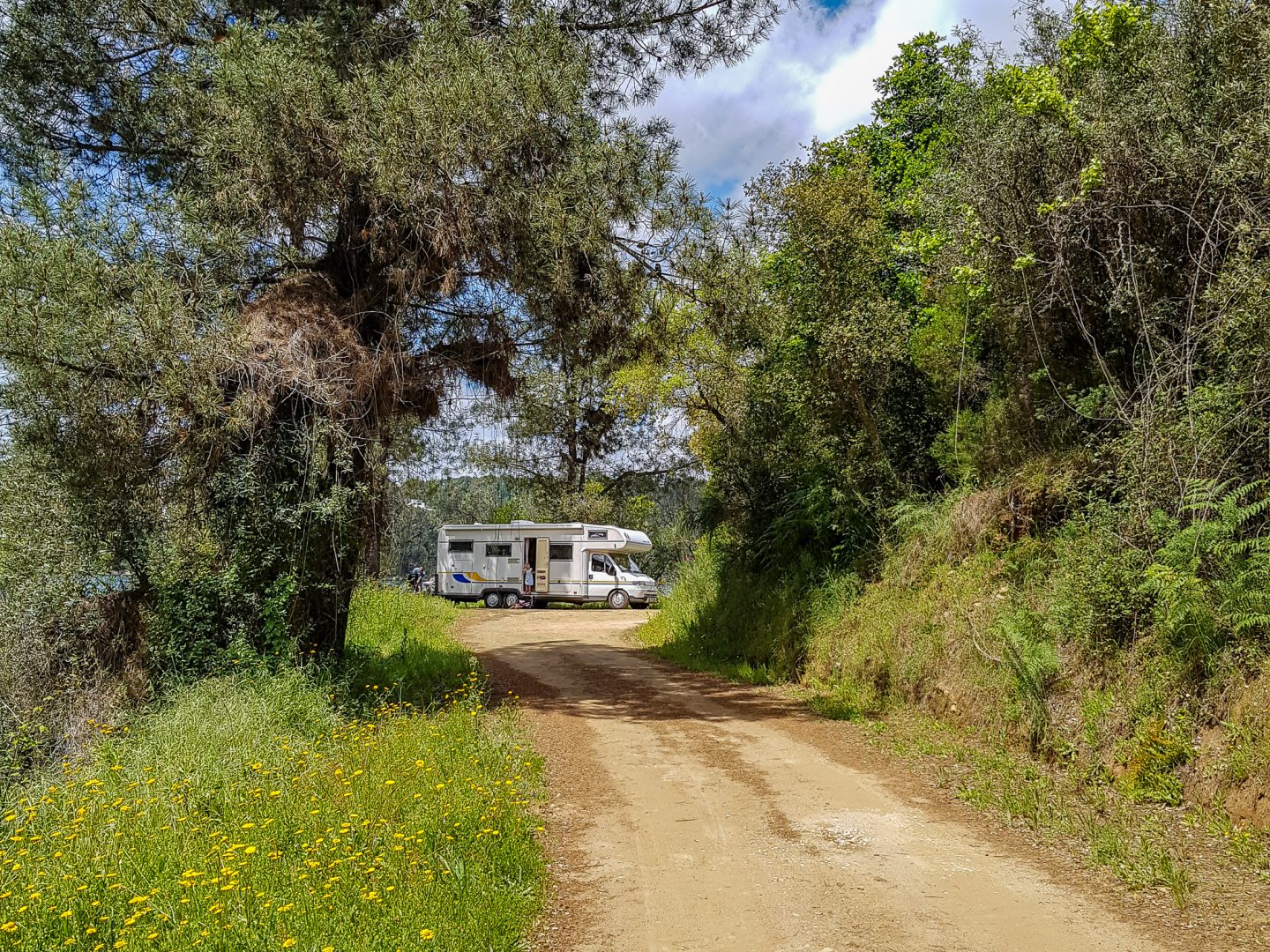 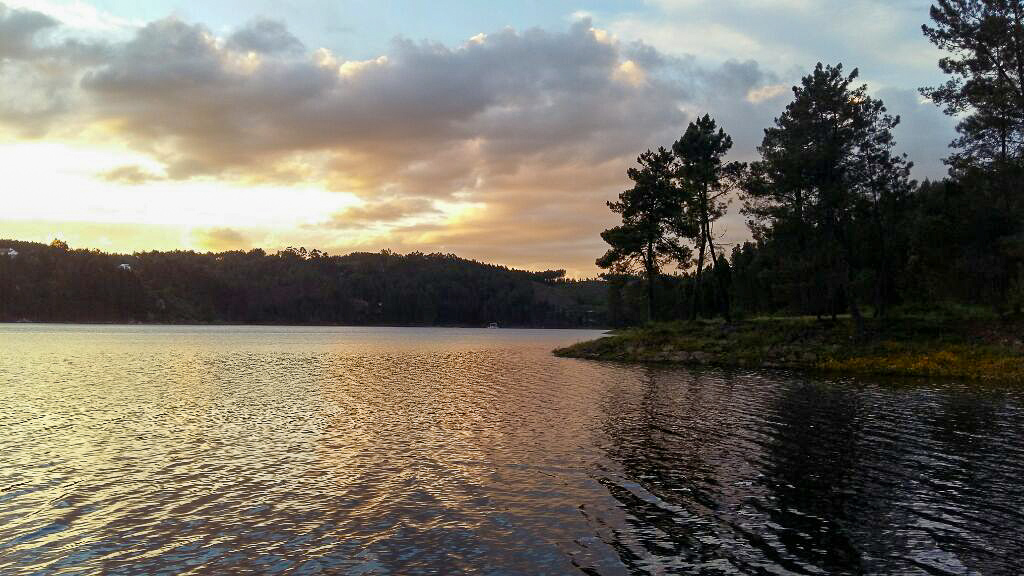 On May 4th we left our exile and drove some 20 minutes to a nearby lake (we wanted to start off slow in case we felt like going back anyway). After two days at the lake, we went to a nearby river and after another three nights there, we decided that we were ready to try the coast!

The first five days back on the road, we were all alone in the middle of nowhere and we didn’t see any other motor homes. However, when we reached the beach there was suddenly another motor home at the parking spot (in the middle of nowhere!). We got very surprised but we were also super happy to see that we weren’t the only ones around. It was a Portuguese motorhome and in the next ten days we saw around 20 Portuguese motor homes – but we were still the only non-Portuguese around. We drove super slowly down the coast from central Portugal all the way to Ericeira, which is already pretty close to Lisbon. We stayed two or three nights at each beach spot and then hopped to the next. And it was just so wonderful! 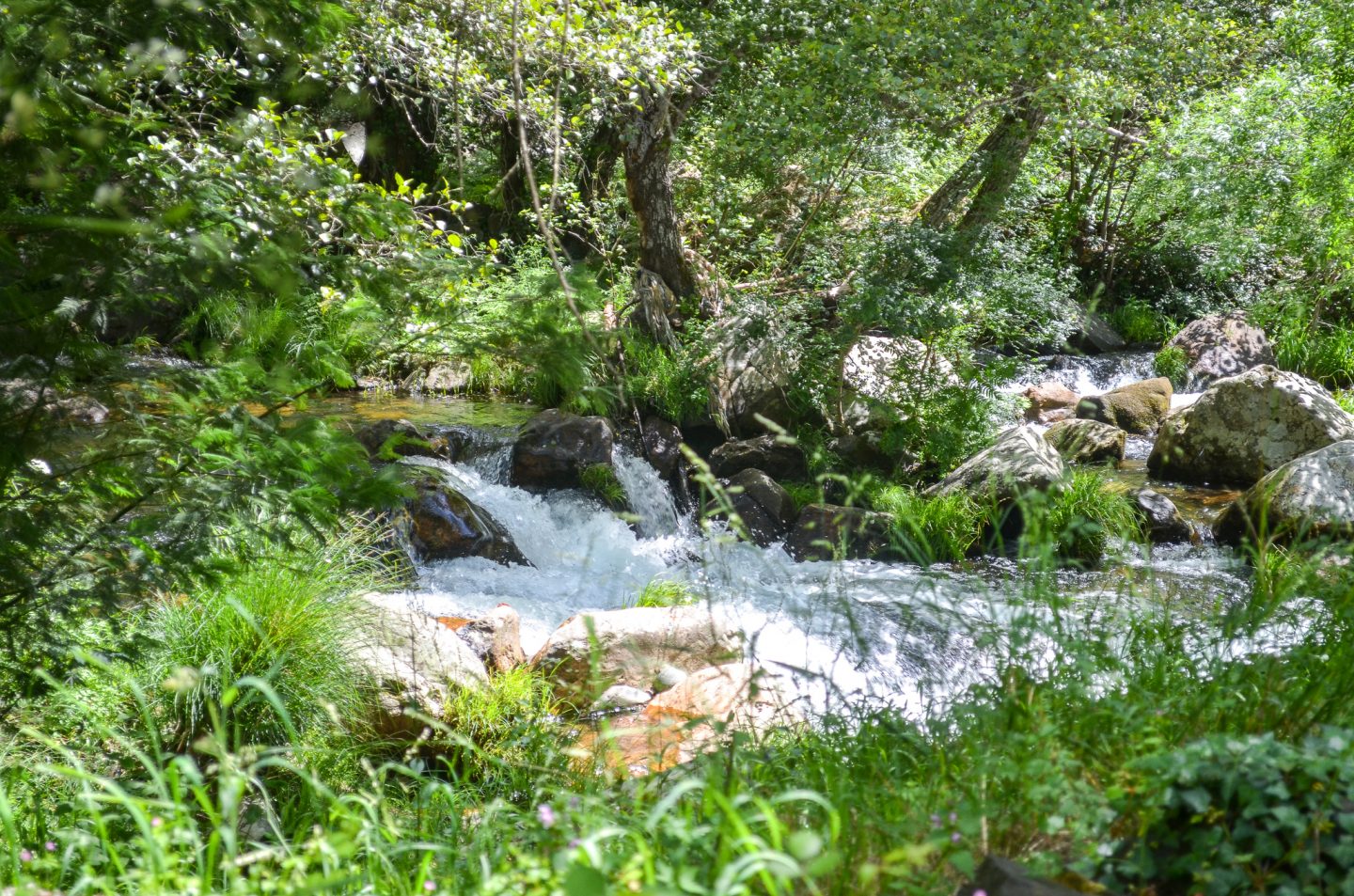 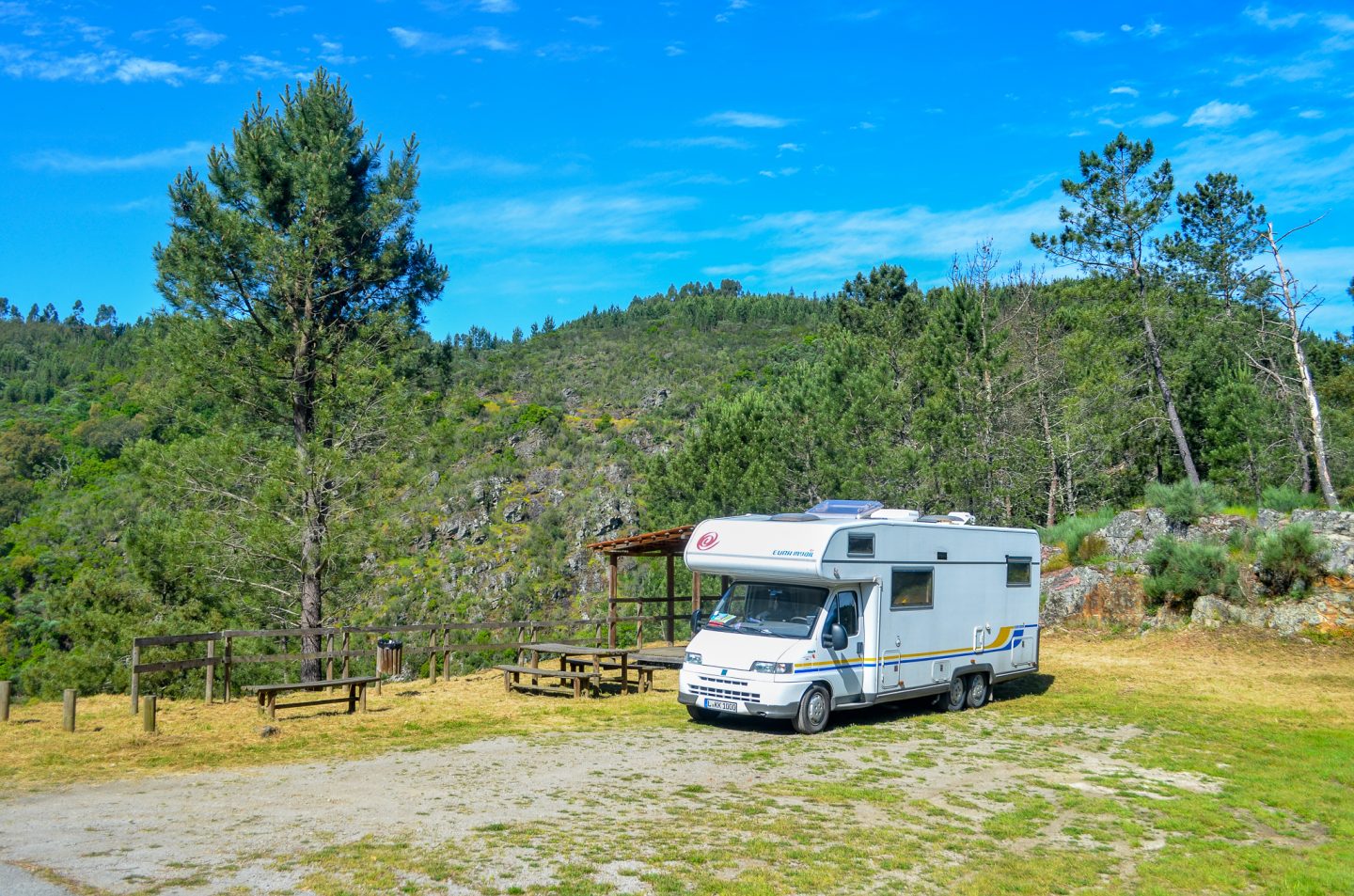 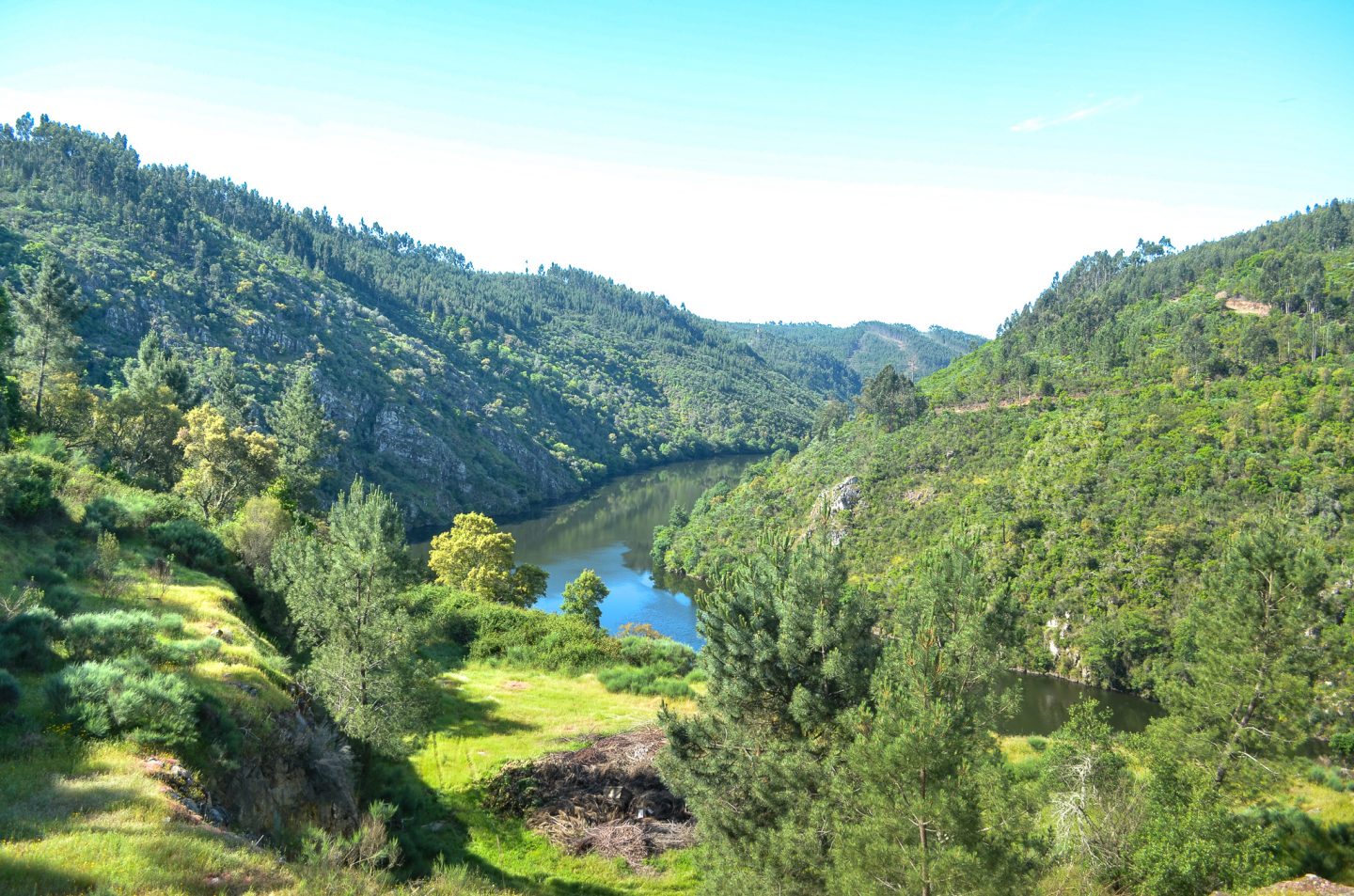 We were overexcited to be back on the road, we felt as enthusiastic as we did in the really beginning of our travels and we enjoyed every minute. We stared at the sea forever, took loads of walks, and hikes, and bicycle rides. I decided to take a week off work to fully enjoy our new freedom and to take full advantage of the beaches and spots we went to.

Wherever we went we saw other motor homes; only Portuguese though. We felt safe and good because we weren’t alone on the streets and parking spots and we fell in love over and over again with the diverse beauty of Portugal. Every beach looks different here: dunes, cliffs, wild waves, calm bays; there is something for every taste. 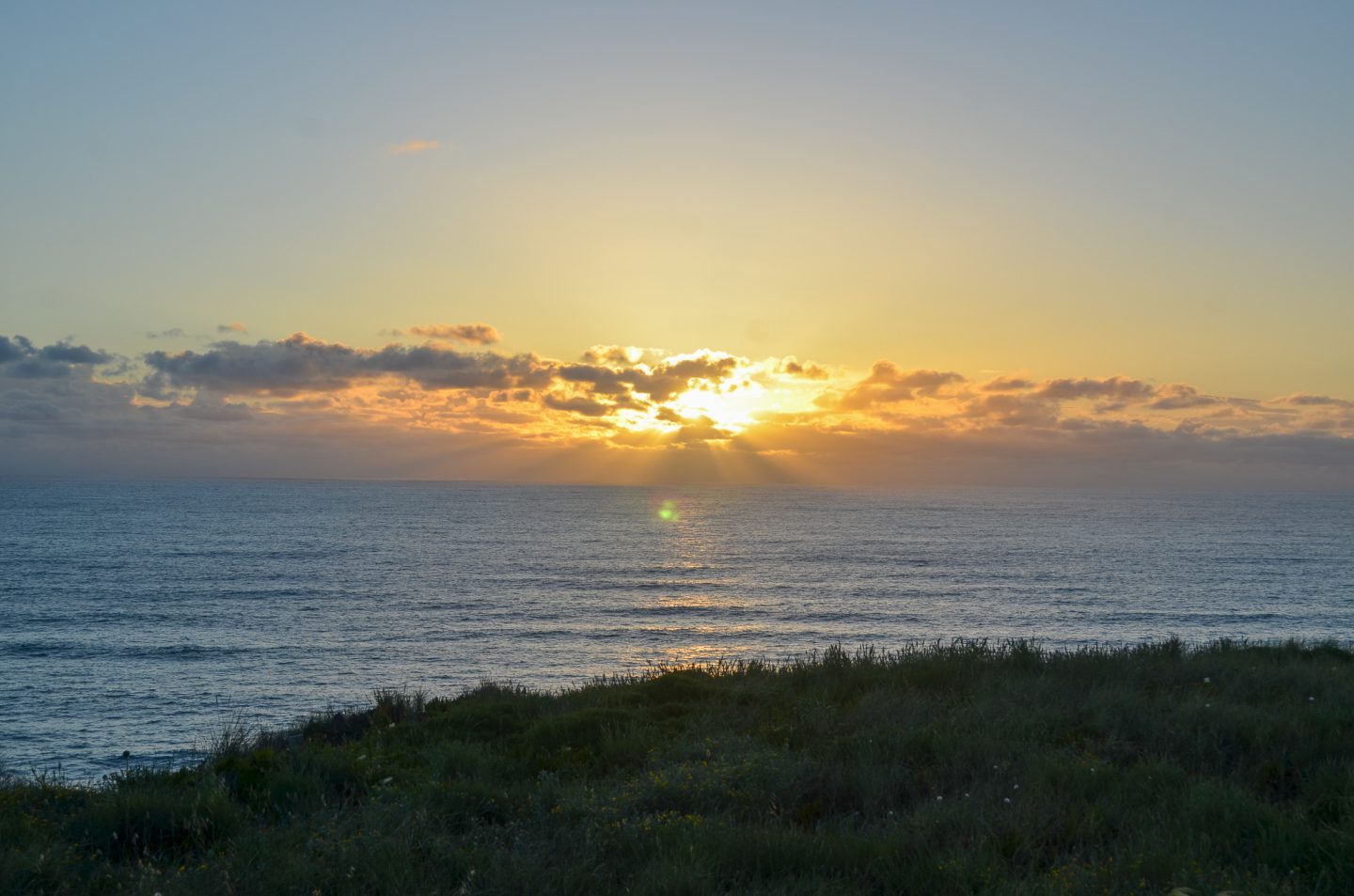 We also really enjoyed spending so much time as a family and all alone again. The past months we’ve hardly ever been alone; since we made friends during our trip, we travelled with them a lot and then we stayed with this wonderful British family for five weeks; we never felt tired of having people around and rather enjoyed it to have somebody to talk when, when we felt like talking and yet, having our space at all times as well. However, when we were all alone again we loved it! It was during the first week that we spent at the ocean that we suddenly managed to take all those big decisions for life that we weren’t able to take in the past five years. After having spent a few days all alone (and with no work distracting me) it suddenly all fell into place and we knew what we want and we do not want. 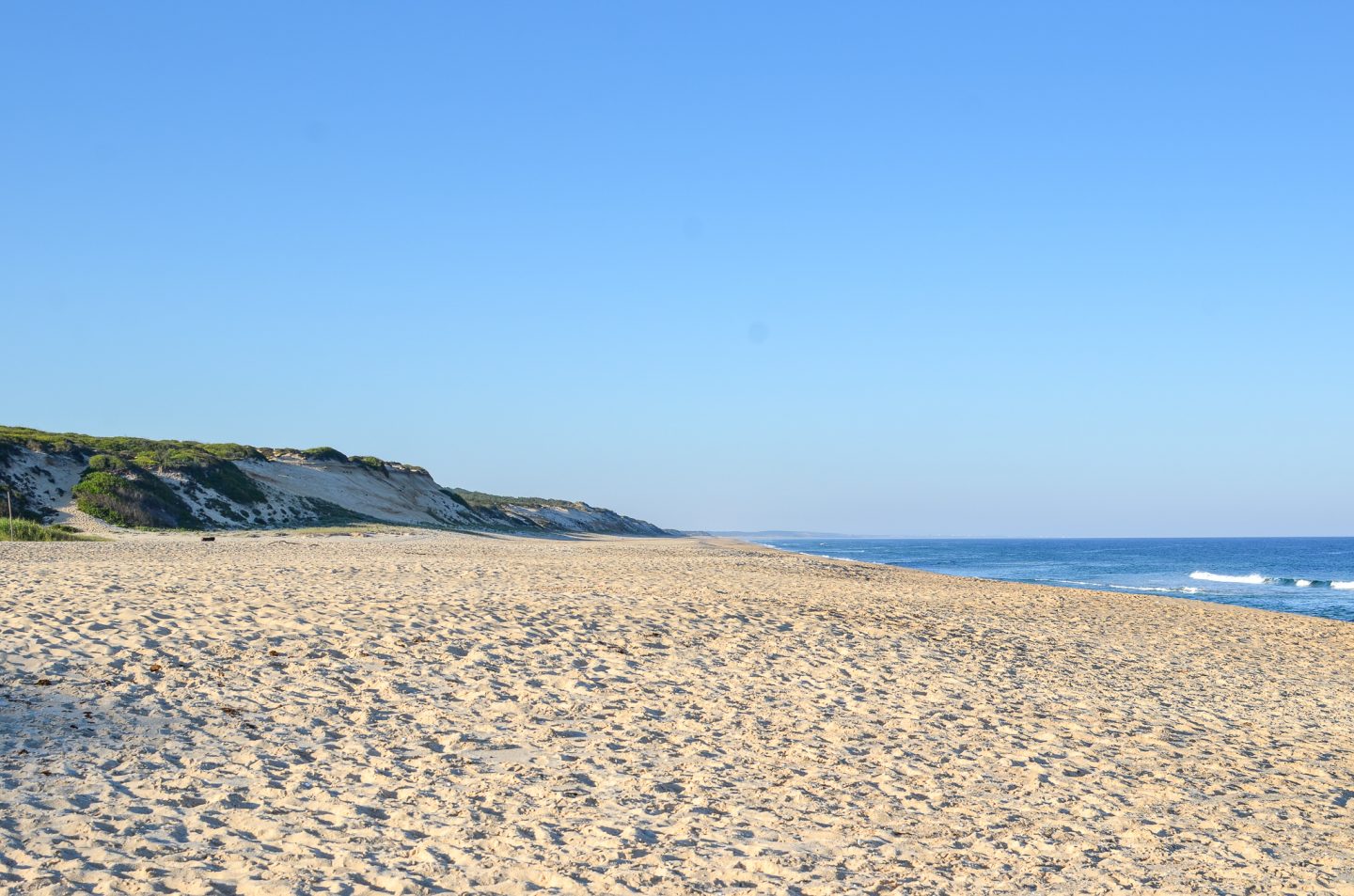 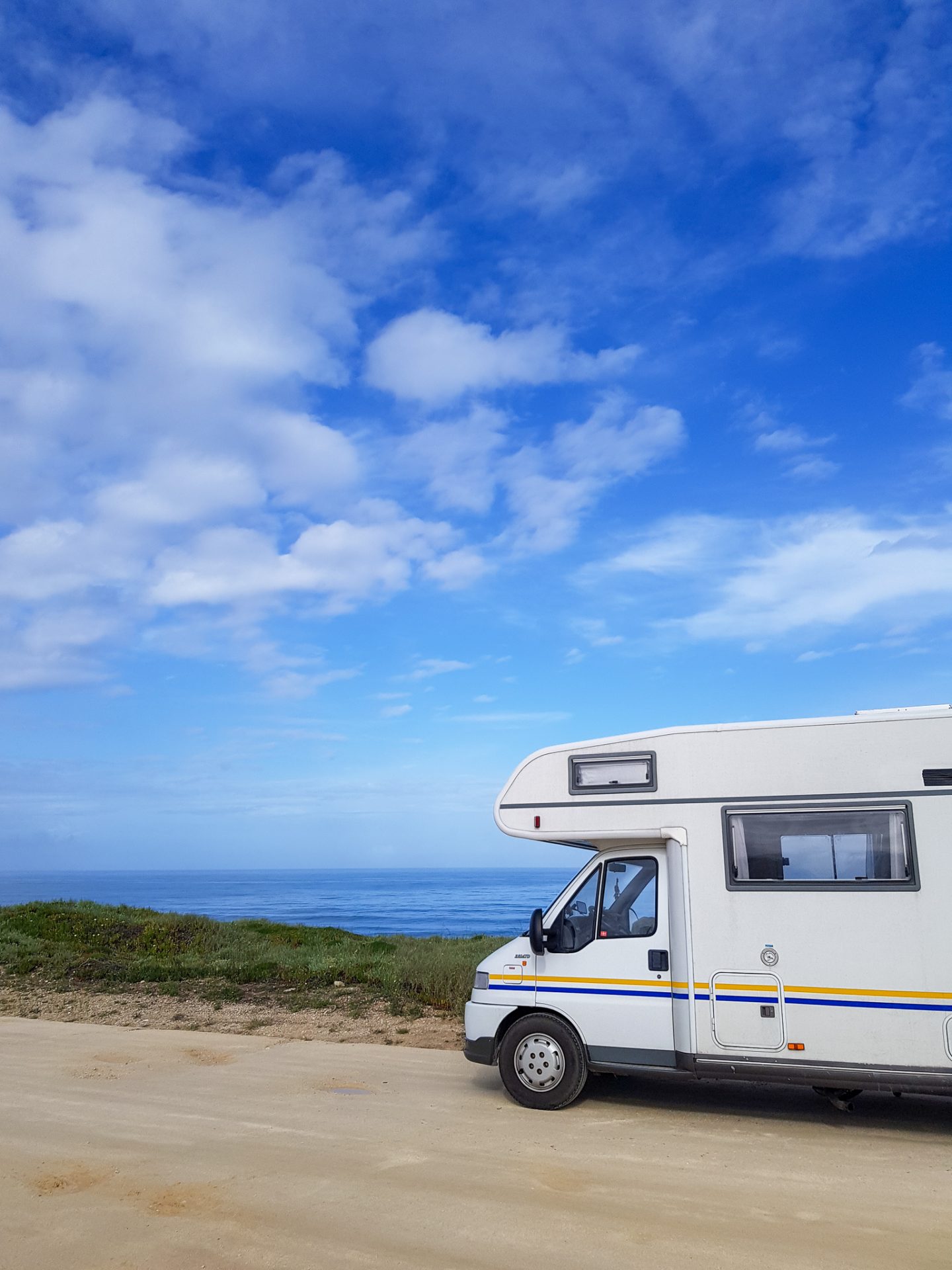 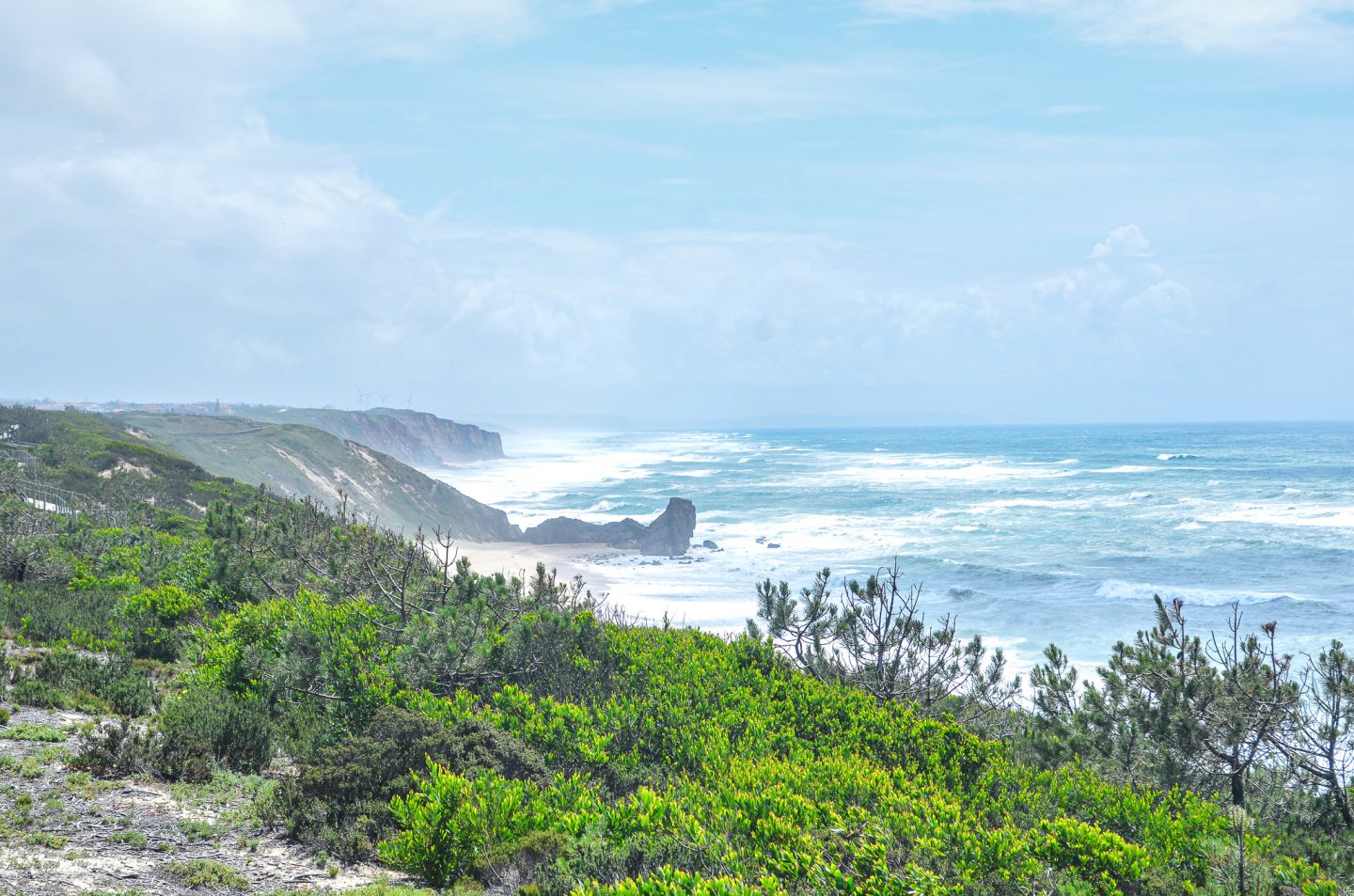 However, I am even more excited for our ninth month on the road … exploring Portugal to the fullest! 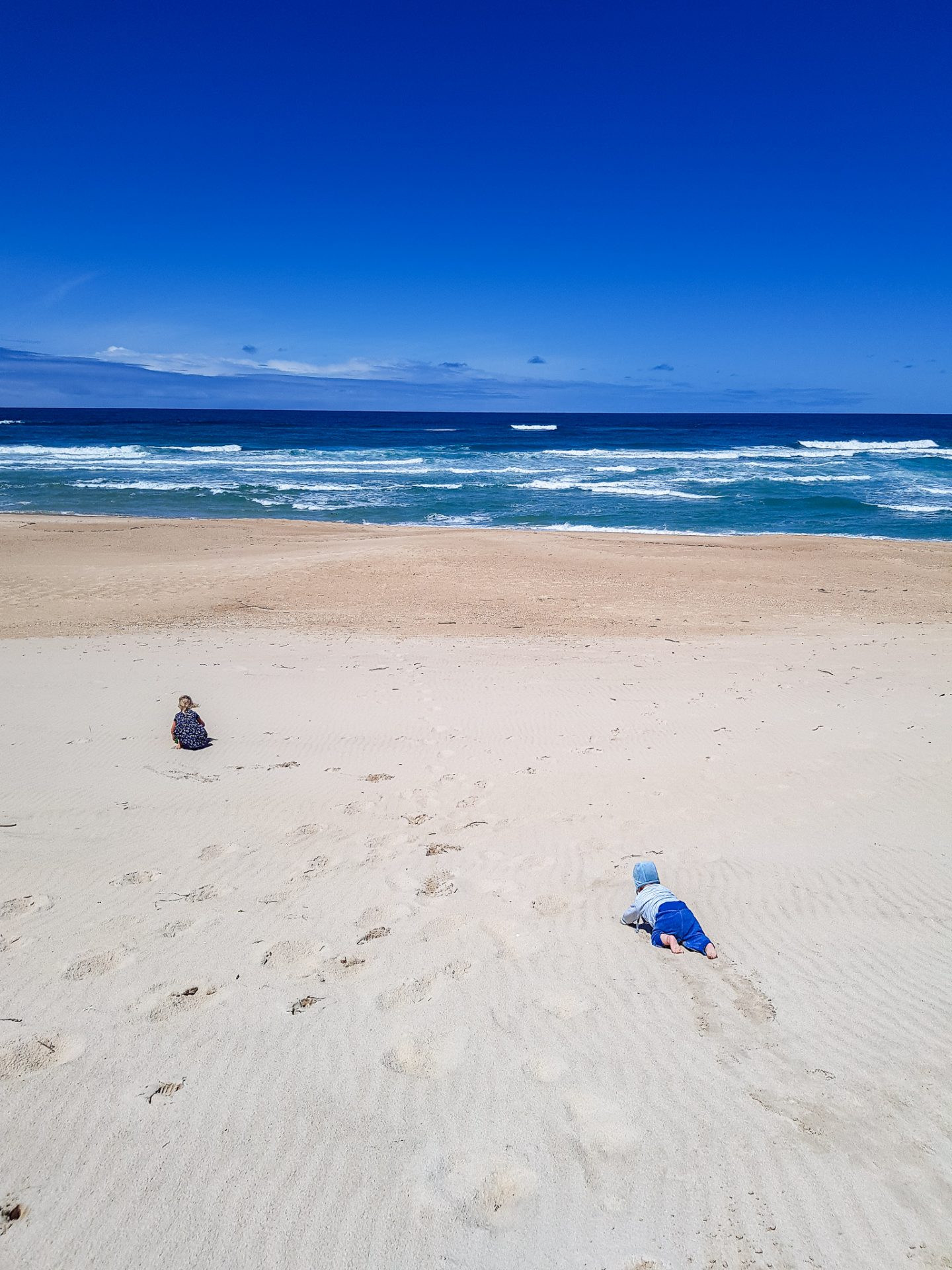