For our little series, Franzi and I are taken each other out to our favorite coffee shops in our city; Leipzig. I took Franzi out to the Cafe S1 and she chose the Franz Morish as her first favorite spot. Of course; as her nick name is Franz 😉

The Franz Morish is on the other side of the city from where I live, in an area I rarely ever visit. So I did not only get the chance to enjoy an extremely good coffee plus an awesome vegan breakfast but I also got the chance to discover a new neighboorhood. I really like connecting to other bloggers from Leipzig and to get the chance to see and visit places I probably would not have, without their input.

There are several points that make this place so unique. In a nutshell; they have their own coffee roastery INSIDE the cafe (yes, you can watch them roast the coffee!), they make all food by themselves, most ingredients are shopped local, everything comes in reusable glass containers instead of plastic, and, well the interiour is pretty amazing. Oh, an the whole place is owned and runned by a retired professional soccer player!

But let’s talk one thing at a time. 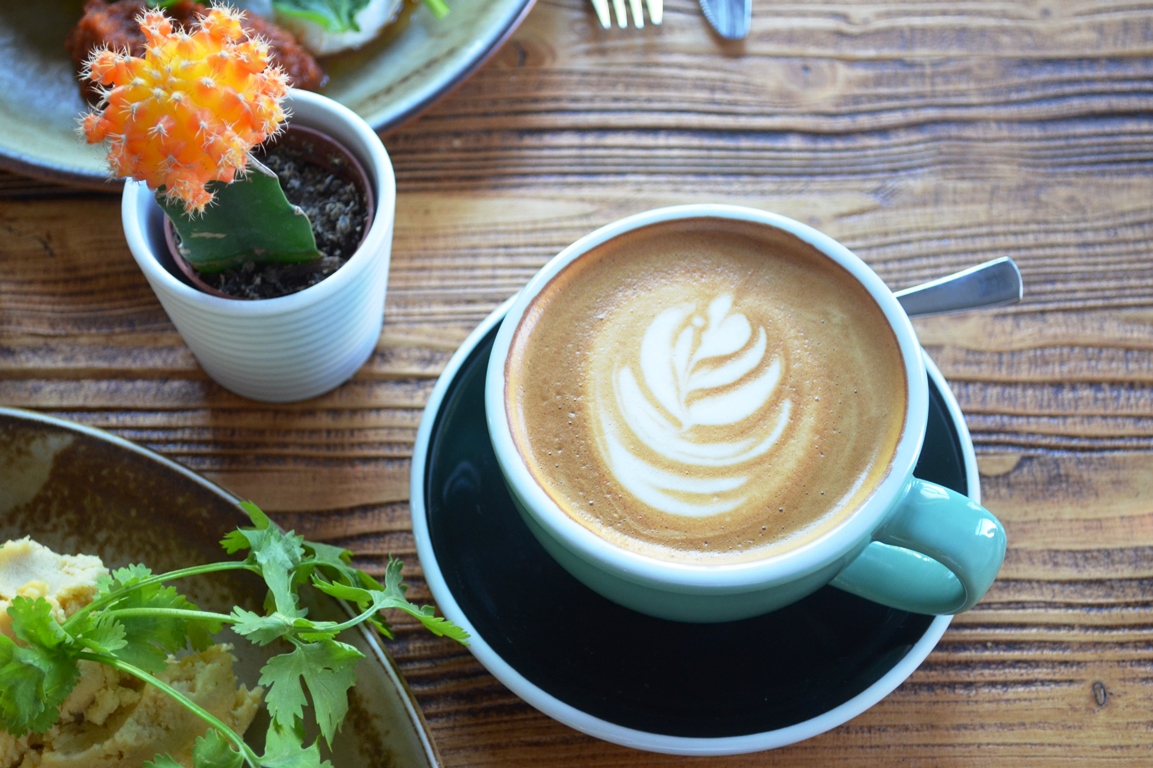 So the coffee! The coffee is amazing! You can definetly taste the difference between the coffee here and elsewhere. The fact that they roast it at the same location where they serve it makes a difference, a huge difference even.

As usual, I ordered a latte. I know, some people do not believe that latte is coffee too and that it is a shame to destroy the taste of coffee with (plant based) milk. Anyway, I like my latte and that’s how it is. So I ordered a latte with soy milk and actually had a little bit of a bad experience then; the barista tried to explain my that it is an insult to order a coffee with soy milk because you cannot make a really nice milk foam with soy milk and it is not what you are supposed to drink with coffee anyway. That was when I had just entered the coffee shop like to two minutes ago, and I was like “oh no, this is most definetly NOT my place!”.

I changed my mind later on but still feel a little grumpy about this comment. I think a barista should be professional enough to keep his opinion to himself when serving someone who simply does not like to drink casein-and-hormone-loaden-and-cancer promoting cows milk because of health reasons.

And by the way, I have had tons of soy milk lattes with perfect milk foam and the one at the Franz Morish was pretty perfect as well. I could not tell any difference from the one made with cows milk. So the comment was not only unfriendly but also unneccessary. (Picture above is latte with soy milk, picture below is latte with cows milk) 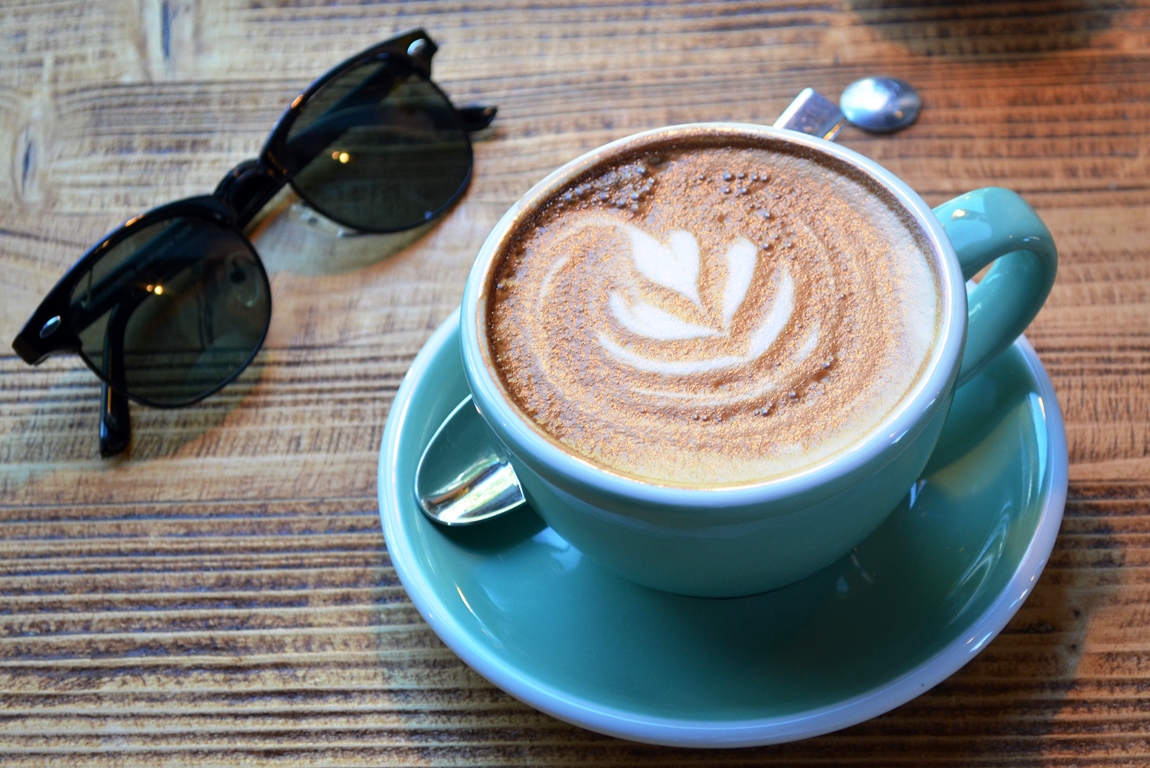 So after this comment about soy milk I was almost afraid to aask for vegan breakfast but I am glad I did anyway. I got a really nice one with baked eggplant, hummus, spicy tomatoe spread, bread rolls, avocado and fruit. It’s been great and I love that everything is homemade. I did not get the chance to try any of the other vegan options, like vegan cookies, fruit salad and another breakfast options but there a chance I will return for more 🙂 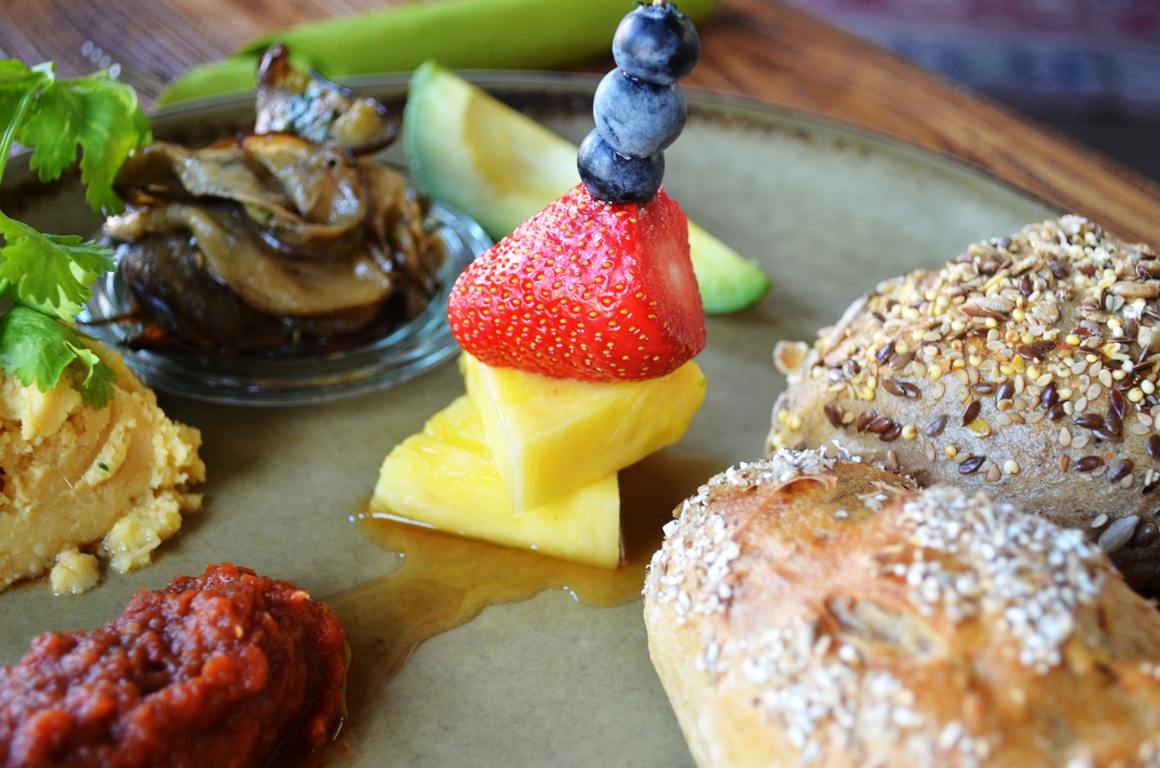 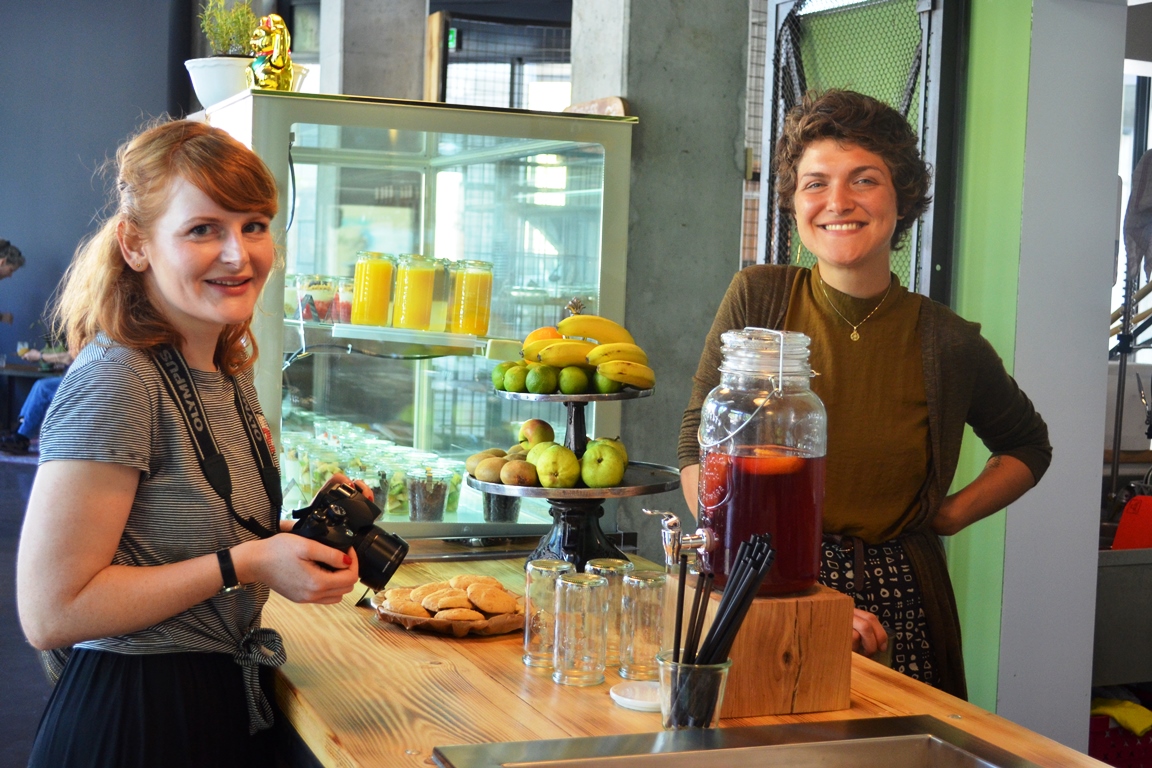 Franzi (with the camera in her hands) from Fri-de.de. Make sure to visit her blog for a review of the Franz Morish in German 🙂 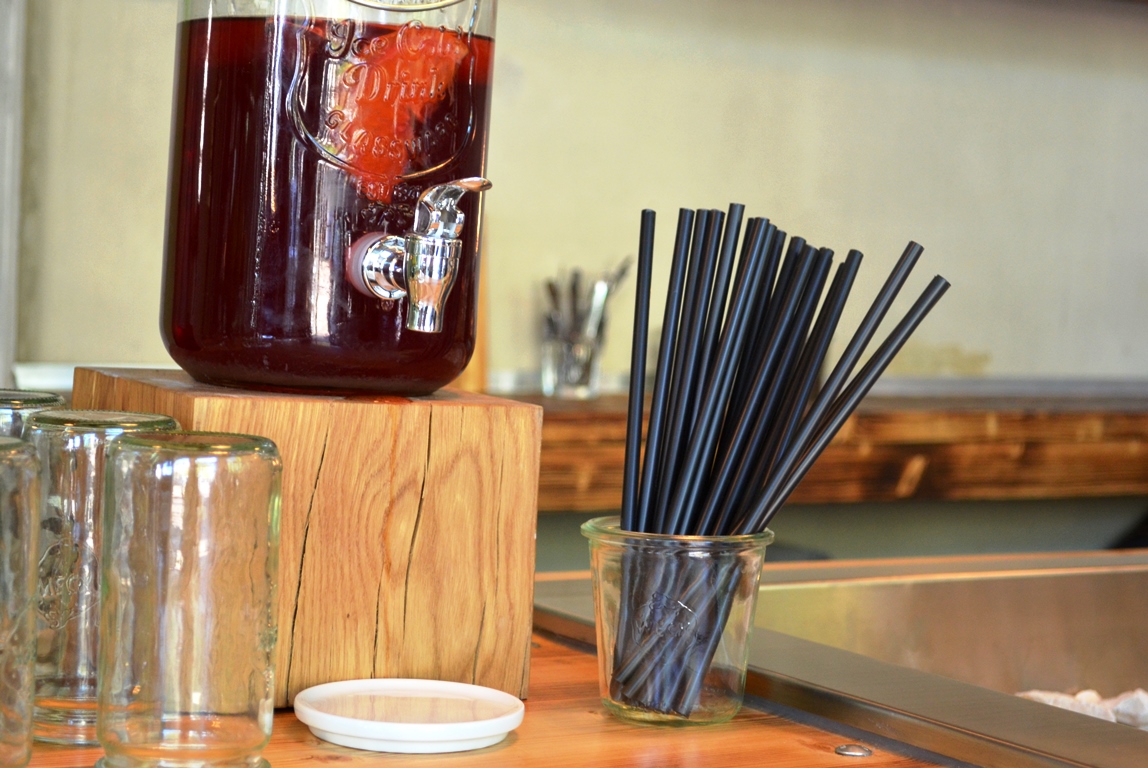 The homemade hibiscus iced tea was absolutely amazing! There are tons of good reasons to go to the Franz Morish, even if you do not like to drink coffee! They have freshly squeezed orange juice, homemade iced tea, and a variety of hot alternatives to coffee.

In case, however, that you are a coffee drinker. You can even buy your favorite roast and take it home. Like that you can get that unqiue Franz Morish taste every morning. 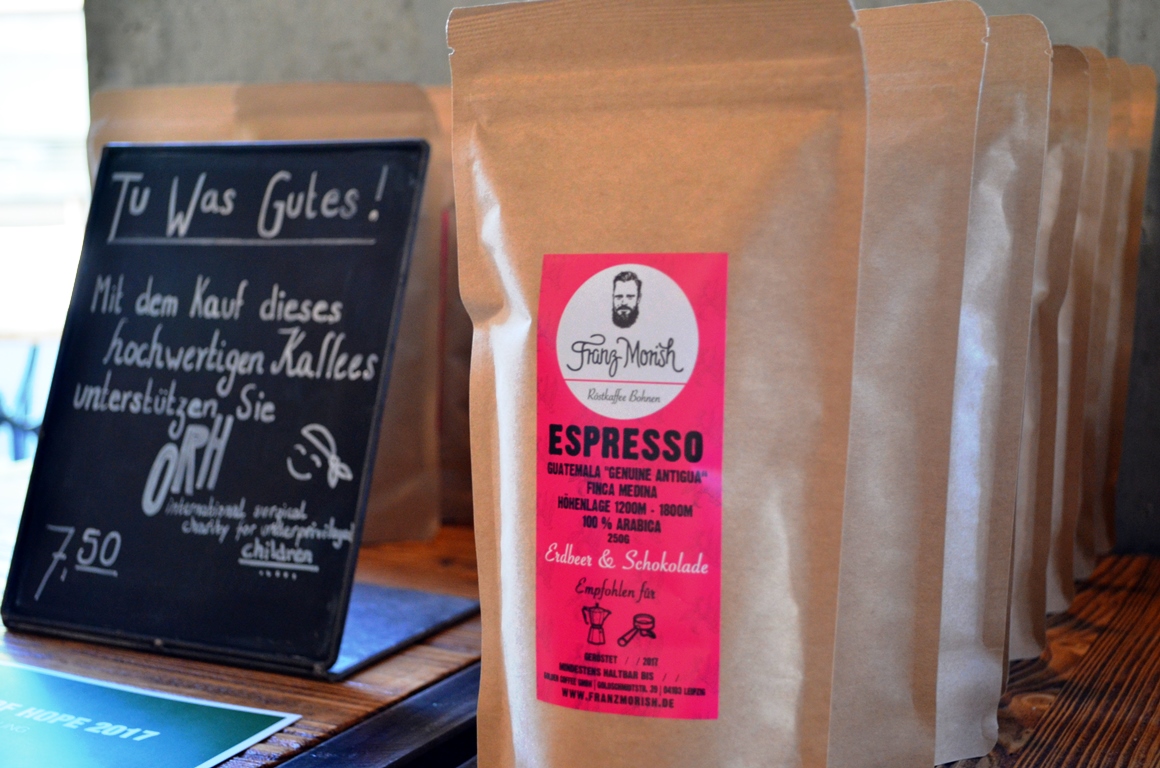 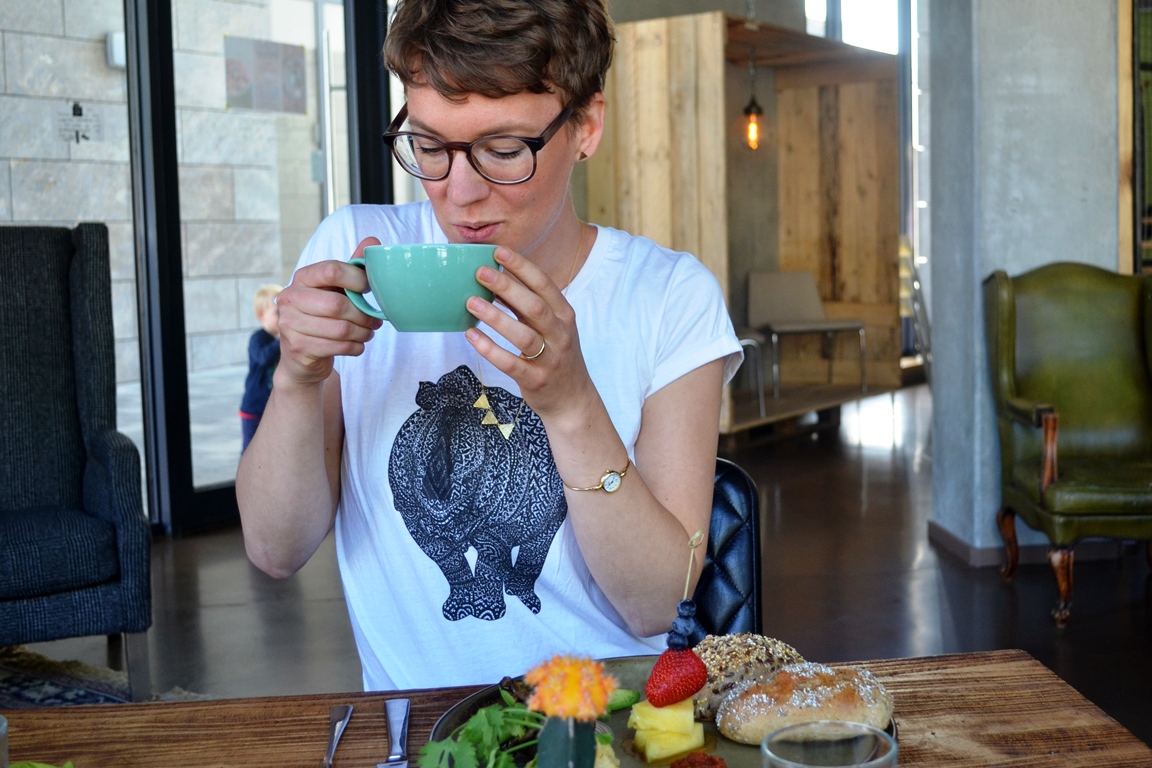 The owner of the Franz Morish, Tom Geißler, is absoluelty worth a few words too. He actually used to be a professional soccer player, playing in different clubs in Germany, Iceland and Armenia. The career as soccer player, however, is a bascically over around 30 so Tom was looking for something else to do. He decided to move back to his “homebase” as he calls it, Leipzig. Here he has got his friends from back when he played for RB Leipzig. He started studying economics and opened a coffee shop with his own portrait as a logo. So this place really is HIS. His portrait as a logo and his ideas becoming reality in a bunch of small details all around the place. The tables are rubbed with coffee grounds (looks beautiful!), the interiour is all chosen by him, the idea to roast inside the coffee shop, obviously, came from him.

Tom travelled a lot as a soccer player and wherever he went, he checked out the local coffee shops. In the Franz Morish he brings together his inspirations from all over the world. The place turned out as a mix of British coziness, Leipzig-style industrial individualism, and New York chic. 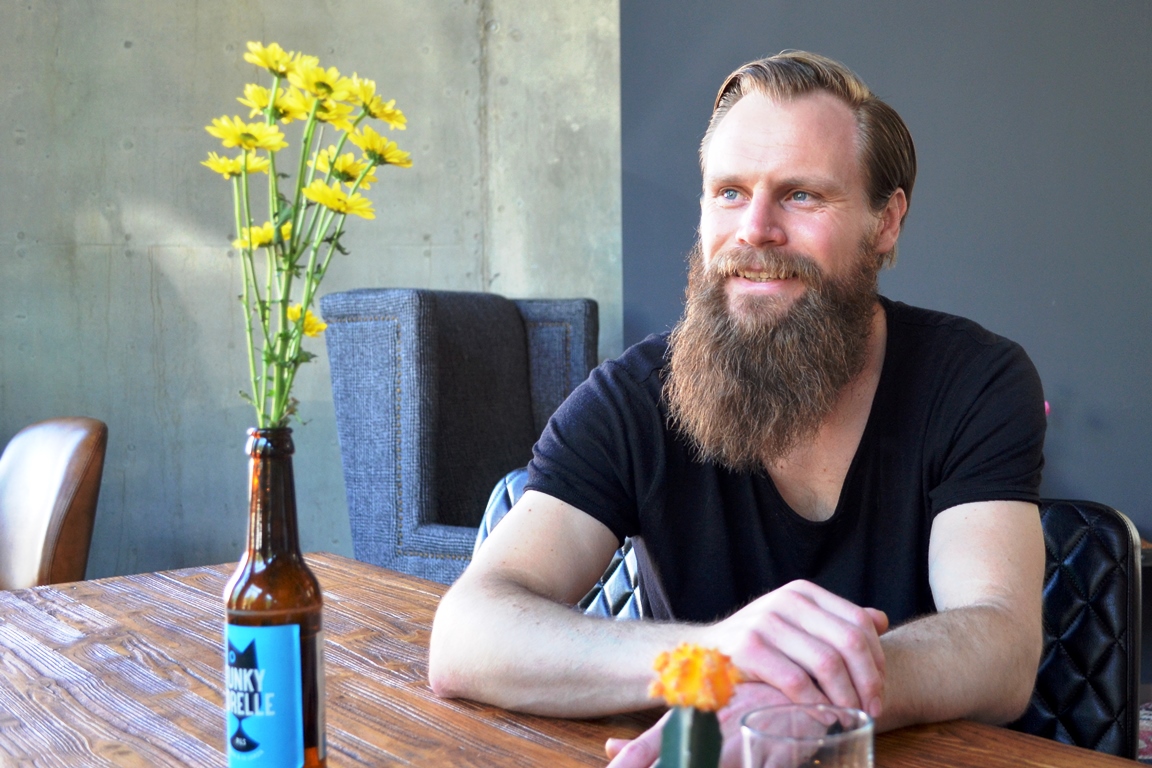 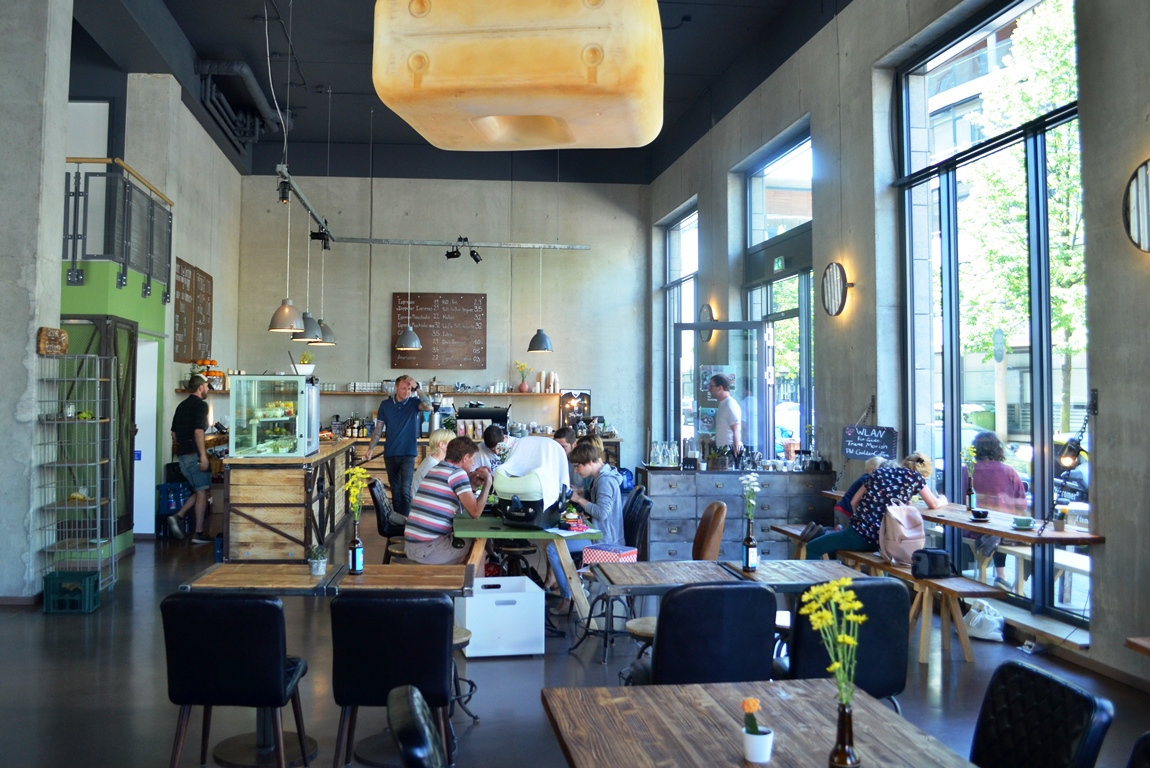 The Franz Morish is definetly a place to enjoy a good coffee, amazing food, or even to work a little. However, it also established itself within just a few months as a place where to go to “see and be seen”. 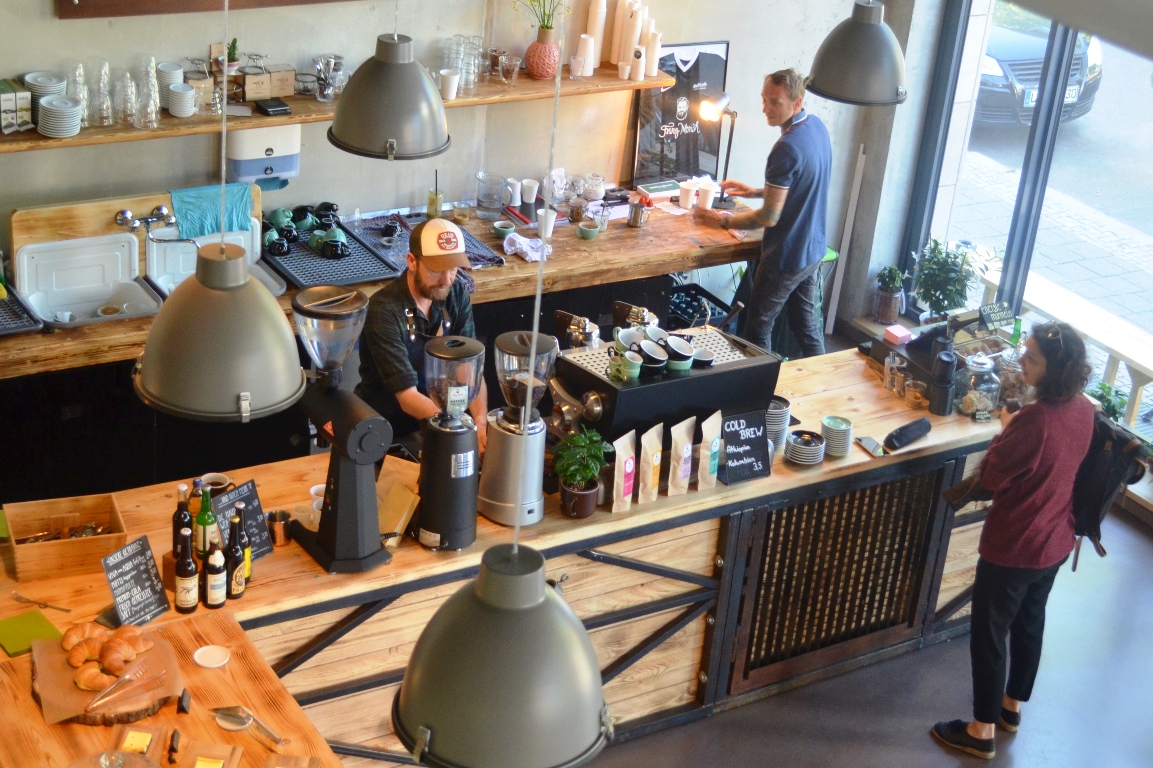 I hope you enjoyed the second part of my Leipzig-series!? Let’s see if Franzi and I will get the chance to take each other out to more favorite places of ours soon. Currently we still have another project waiting to be realized. Just saying 😉

Have a great week ahead everyone and enjoy your coffee!